Hi
A bit of an introduction. I’m a married bisexual guy and have been with my wife for 10 years. I always knew I was bi-curious but was convinced I was straight because I mainly only had emotional crushes on girls. This all changed ages 27 when I realised I still had a strong sexual desire for guys, almost exclusively Asian guys. It took me another three years to be comfortable identifying as bisexual. My problem is that, I love my wife so much, but I can’t help find I am more sexually attracted to Asian guys. It plays on my mind and I find it hard long term to cope with my primary sexual desire not being my wife. But I am confused because I don’t have much emotional response to guys and I don’t see like I could be with a guy long term and grow old together. My wife and I have built a life together and have a young son. She is at her wits end with my struggles with my sexuality. I just want to know if any other bisexual guys are the same and how do you cope? I find not viewing images or porn of attractive Asian guys helps because it lowers my desire for them. But I can’t help fear that I would be better with an Asian guy and embracing it may help the emotion come. But I don’t want to lose my life and my family on a whim. As you can see, my mind goes back and forth.

In short, if there are any bisexual guys who are similar or gone through something similar, I would love to know your thoughts. 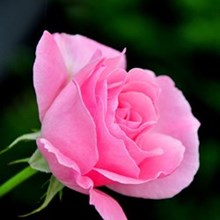 Welcome to the bb forum and thank you for sharing your story.

I really feel for you and can certainly understand why you feel so torn. I want you to know that you have been heard and that I’m sorry you’re having such a rough time.

Unfortunately, I’m neither bi sexual or male and I don’t have the insights you’ve looking for. However, my response to your post will now bump your post back up to the top, and hopefully you will be able to connect with someone who can better help.

Kind thoughts to you

Im in the same boat. Im 32, married to a woman and have a young kid. I have only in the past year or so come to terms with my bisexuality (though I have always kind of known) and am too having conflicting thoughts.

For what its worth. I feel like on the surface im curious, I'd like to have had the opportunity to be with men but fundamentally I love my wife and the life we're building and I can't face undermining that for the sake of my curiosity. Its a little sucky but I do believe that at the end of the day, if I could go back to a time when I could have explored more I'd still have wanted to end up with my wife.

The day by day is tough however, because you can't just throw feelings aside. But if your wife has reacted similarly to mine then there is part of her that feels threatened. So that needs to be respected (but I feel as though it comes from a misunderstanding of bisexuality - that we're sex hungry polygamists).

I don't have a silver bullet piece of advice for you. But I am with you, I understand, and you're not alone in your conflictions.

I am happy to keep this conversation going. All the best.

I am heterosexual, although I do believe that it could be more of a spectrum than most people would like to admit. I am a 30 year old married male too, and with kids also.

I think most people married or even just in long term relationships have wondered what different experiences would be like- for straight men, different women, group sex, insert experience here depending on the individual.

Theres a lot to unpack with your situation - young, married, with kids, in one relationship most of your life. You’re quite right to be concerned about the welfare of your wife and child. This means you are a good person. However there is also obviously your self who may be hurt by trying to suppress your sexuality.

Welcome to the forum and being so brave in sharing your story.

I have a friend that was married to a female for 13 years when he came out as gap (I believe he came out at 33), he now has a male partner and sees his three children that he had with his ex-wife weekly under a mutual agreement. There is nothing but love and understanding between him and his ex-wife.

I truly believe you'd be in the same boat with your wife and son if you were to part ways, stay strong and be true to yourself and love will naturally come your way.

Thank you all for your very helpful and kind replies.

A lot has happened in the past week and my wife and I seem to have found a path forwards which is great.

I have entered a new period of full acceptance and so has my wife. We both realised we had been trying to suppress and make my male attraction side go away which was causing both of us unhappiness. This week I have used some gay porn without fear and with my wife in full knowledge and we are both happy. My wife also took some time to educate herself on bisexuality and followed some Instagram accounts which really helped to normalise this for her. She has been very encouraging to me joining bisexual and gay meetup groups in our city so I can build a community of people with a common experience - she has even offered to come to one group so she gets to meet other bi people to challenge her misconceptions and misunderstandings. It’s been a big week of change.

we Have also booked in with a specialist couples councillor who deals in exactly these issues so we are confident he can help us work through the long term.

In short, some true acceptance from us both and my wife realising I need to live my truth to be happy has made the world of difference.

The posts on this group have also been a great help in knowing there are others out there similar to me who make it work. My biggest fear is my fear of regret of never experiencing that side of me, but I’m hoping the psychologist can also help with that.

For anyone whose going through the same thing, hang in there and live your truth and things will work out. I’ve stopped stressing on the long term future and just acting on the present knowing the long term will take care of itself.

Bi_guy
Community Member
In response to B_D
Options
Thank you B_D, your post was incredibly helpful. It’s amazing to see we have had an almost identical experience - sometimes on this journey it’s easy to feel like you are alone. I have posted an update on the main forum thread. Happy to keep the convo going - it’s important to have community and find people who truly understand.
0 Support
Follow Post Report Post
Reply

Sounds to me like you've got things under positive control, epic mate!

We are all so lucky that today's aussie society is more accepting of bi identifying people.

Back in the 1980's when I was just a young teenager I expressed to my family that I was interested in getting an ear ring. Dad freaked right out and made clear, in his own special abusive way, that if I did get an ear ring I'd be kicked out of the home immediately, I was about 14.

Many years later when I had chosen to live elsewhere, as an adult, I experimented with my sexuality and discovered that some men are... well you know... attractive and fun in bed. Never did share that with family nor friends, but eventually after many broken relationships I was able to fully share with the woman who became my wife.

Wife also had misconceptions about bi's being hypersexual polygamists, but we sorted that out too.

So mate, you party hard and love the one you're with.

I am so glad Bi_guy! And all power to you and your wife.

I was looking for some support for myself when I landed on your post and was relieved to know there was atleast one other person going through what Im going through. So, equally, thank you.

By you reaching out you've made me feel that little bit more normal and Im glad to hear your positive and encouraging breakthrough.

Hi Bi_guy and others in this thread that are trying to make a marriage work in spite of the mixed orientations,

It's great that you are concerned for your wives through what must be a very difficult and confusing period for you. Likewise, your wives may have difficulty navigating this themselves. I am part of a group that offers support to straight people in mixed orientation marriages - we are LGBTI affirming and our policy is that everyone has a different path through this, some of our members are, like you, making their marriages work, others separate. The group is called OurPath:

There is an Australian contingent that contacts will be put through to when they make contact. Your wives may find it helpful to join that group.