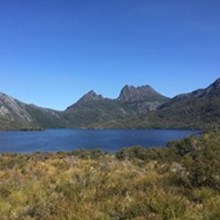 Hello everyone! Hope you're having an alright day. Every day's a new day.

Feel free to share your thoughts here if you'd like. I may be able to help you. There could be a new path ready to open up to you.

I think you can help me with my problem (well it is not a very big problem) but it is still a problem. Hahaha!

But anyway back to the point. I have this addictive personality. Whatever I do, I take it to the extreme. I would like to share some examples of my life with you. I used to be overweight and fat. I got bullied at school and even dacked. That tore my self-confidence. I mean like when I was fat and overweight my body language was different, my walking style and my overall look were an amusement to the bullies.

So after my graduation. I seriously decided to do something about my weight. But I did it properly. Actually, I always had a small dream when I was in my teens about having a ripped body with 6 packs. I did fat loss and then achieved my 6 packs. But here is a problem, I took it that extreme where I became extremely underweight (from the third perspective it might seem like an eating disorder but I never did vomiting, binge eating - I just followed the process religiously). I don't know it just happened. Whenever I would be in the gym, the gym environment just sucked me in. Hours went by just like that. So when I got my blood tests - they were like someone had done chemotherapy! I had also lost a lot of muscle during the process and my immunity went extremely down. So now I hope you kind get the idea about my addictive personality.

Currently, I am eating properly now. In fact, I am bulking up now, gaining muscle. Again, like I said I have an addictive personality so I am always one end or the other. Sorry for the long story but I thought since you took the initiative to open this thread - you could help me (because I am really shy about initiating the thread).

Exercise and bodybuilding are one of those examples. There are plenty more.

What would you suggest? I am open to ideas. By the way, I have my mental health plan with the psychologist and will be seeing him/her in a couple of weeks.

Hey Jasjit. Good work for posting! Sorry I didn't reply to you earlier.

Ok, so one thing you can do is to pin point what it is exactly that you want to fix. It's important to know that not everything you say to yourself is true. We can sometimes put assumptions into our own heads that aren't necessarily true. Other people's perception of ourselves being one of them.

As for getting addicted to things, I do have a bit of an understanding of it. My brother can be similar. 'Full-on', or 'full-off'. Given the feelings of isolation that Covid-19 brings it also makes addictions more likely to develop amongst people nowadays.

Having an addictive personality isn't necessarily a bad thing. It may be a good attribute to committing to new skills and areas that require persistence. Also good work for seeing your psych. Good choice. Hope you get something out of it.

Here's s some things to ask yourself;

- What is the main problem I'm facing?

- What is the best choice to take?

It sounds like you're already doing what you need to do and that you're making progress. If you experience dark feelings along the way, have a go at embracing them. Don't fight them.

Thank you very much for your response. Your three questions are very helpful!!

By the way, I just had my first session with the clinical psychologist, and again, being a perfectionist and with little elements of additiveness, I was able to see why I was not satisfied with my first session. It was like whatever the clinical psychologist said was pretty basic but I was expecting a magic potion only in ONE session. Now I am starting to understand that this is a long process but being an additive and a perfectionist - I always come into a default mode that why is this not getting better etc. I guess that is what I have to work on.

Your perception theory is very helpful. I am still trying to understand that! It is actually funny when I get it and then I go into default. I think the underlying mechanism of shifting to default is my perfectionism and disciplined lifestyle? What would you suggest?

No worries. Good to hear. That's good. Perfectionist with little elements of 'addiction'? Is that what you meant to say?

Great. Good to see you're learning.

Yeah. Don't think about it too much mate. Yeah, if you find comfort in doing things perfectly that's ok, as long as it doesn't cause you stress and you don't beat yourself up over it. I'm a perfectionist towards things as well so I get the idea.

Your head can complicate matters more than they really are.

I'd suggest not over analysing every thought you have. All that matters is that you have the basic knowledge to better yourself, then applying it.

Another important thing, you MUST be OPEN to change.

There may be things the psych tells you that you don't agree with. But it's all about taking onboard what can help you, and willing to listen and adapt to trying new strategies; even if in your head you think they won't work.