Is depression a natural reaction to an insane world? 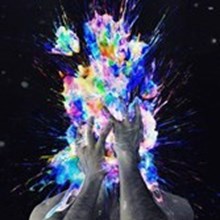 This is a thought I have been pondering for a while.

The default to view depression as "something wrong", or a "brain chemical imbalance" or as "a disease" or something that "needs to be fixed" or requires "medication" or "therapy" appears to be the most common response of practically everyone.

From doctors, to psychiatrists, to therapists, to the general population, to the depressed individuals themselves... the universal belief appears to be that "the person needs to get help".

But what if... the living in depressed state is correct? What if it isn't an "imbalance" or isn't something "wrong"? What if being depressed is the only natural state to be in for an intelligent, empathetic, compassionate, informed, thinking individual to exist in the current state of our world?

What if to NOT be depressed about is the true indication of mental sickness?

I'm not saying that being depressed is fun in any way... most people on this forum would be well aware that it sucks. But that is not what I'm saying.

What I mean is... could existing in a state of depression be completely natural for someone living in a place where so many things are obviously terrible... both on a personal level and in the world as a whole?

My reasons for this perspective are numerous. Far too many to write in only 2500 words. But basically...

The real world is an extremely depressing place for any person that cares at all about anything outside of themselves.

Eg. If you care about animals... the reality is many beautiful species are already lost forever, many others are so close to the verge of extinction that even if everyone worldwide decided to do everything they could to save them... they would still be lost. At home there are people that still buy people animals as christmas gifts, refuse to desex their pets, the massive amount of pets put down in pounds annually. There is backyard animal cruelty, the dog racing industry using live bait, shooting race horses with legs, women's hormonal treatments for menapause, the meat industry, birds choking on our plastic half a world away, overfishing. The list goes on and on.

It is reality and it is depressing. Care about animals and feeling "depressed" about it IS correct. And that is one tiny subject in a plethora of subjects.

It's the people that are not depressed that worry me.

I am still "out here somewhere". As before I haven't been on the site for a long time as I haven't been able to think of anything worthwhile to contribute to it and I'm not one who just talks for the sake of talking. Never been too keen on that personally.

Which is probably pretty fortunate because as far as I know I am capable of talking forever about pretty much anything. There is little that I don't have an opinion or perspective on in this world... not that any of it is necessarily correct of course.
Do I have any "words of wisdom"? Probably... there is a great deal rattling around in my head as always, this is likely to never change. I'm sure among all the junk there is a pearl or two hidden underneath a pile of dirty socks or something.

Probably best to be more specific though... I could probably write enough to fill up this website single handedly if I tried. Whether any of it would be "wisdom" though would probably come down to the eye of the beholder though.

Normal untrained people are messy. Many of them are able to cope BECAUSE they don't delve too deeply into their own heads, don't know their own truths. Now if they are happy and coping well in their own lives I can certainly understand why they are not exactly enthusiastic to "poke around in their own brains". Which makes the "give and take" scenario you are talking about far more difficult.

It can't be an "equal exchange"... you have thoughts that you are sharing with them that are exposed parts of your soul that are causing you problems to deal with and that you think about all of the time as a result. Most of them have never dug that deeply into themselves and are kind of ignorant to it. To expect them to naturally bring up equal levels of hidden parts of themselves in exchange for your own is just not realistic. Most people do not obsess about these things like we do... they are not playing on an internal loop 24/7. In fact they are likely not aware of them at all. Which is not necessarily a bad thing.

I don't think that it is simply that "you don't have an inner life that anyone gives a toss about". I think that it is more that many people either don't or can't understand it. Don't know how to relate to it. Or these exchanges risks exposing parts of themselves that they are not ready to face yet... or have no interest in facing if they can avoid it.

Which we of all people should be able to understand. Don't you think?

This is a great point, we are living in a world where I feel we are causing a lot of suffering and destinations because of our lifestyle.

However with regards to depression, I am curious if there is a way to be fully aware of everything that is happening without overloading our own individual mental load.

I think doing this, at least I leave myself some bandwidth to do my own little good in the world.

Your post really helped me clarify my own thinking, considering I'm in exactly the same spot. Thanks!!!

fifi
Community Member
Options
How hard is it to wake up every day in fear! if nothing else that fact alone makes my eyeballs itch and drains the life right out of me . And as much as I try to let it go I can’t since this stupid thing started I am finding it so incredibly hard to keep my head up and March on . I’m also finding it hard to leave the house I don’t know anymore this world just keeps getting worse
0 Support
Follow Post Report Post
Reply