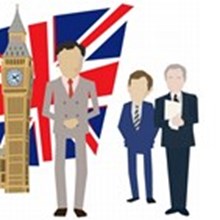 i wasn't sure where to put this. i did have a thread but i won't want to look back on it & participate in it anymore as some of the things on it were triggering for me.

i just made this thread, hoping to find people to talk to, of any age, gender, etc. since i'm lonely & depressed. the only help i get is a psychiatrist once a month & i had to pay this time because of the stupid telehealth company lying to me, & i'm still waiting to get money back on medicare from it.

so yeah, i guess this thread is just to try to socialise with others. i don't really know the purpose of it.

It can seem easier and less hassle to let things go, and the peace involved can be attractive. Of course this means that probably you might have to face the same situation again in the future (yes, I know I'm not telling you anything you have not thought of already).

Also to live wiht breathing difficulties is not only unpleasant but has other life-style effects as well - some such as motivation can be hard to identify.

Personally if a doctor -or specialist - discounts what I say I try to avoid them in the future, after all I'm the expert on me and am realy the only one who has an understanding of what I'm going through. I do not welcome them saying "that can't be happening" - something I've been told in the past.

I have a bit of a failing too, in that I can be frightened of results coming back negative. On the face of it I should be glad if a threatening condition is found not to exist, however it's not that simple, as the symptoms - in this case your breathing - still exist and that negative finding is often seen as the end of the story, rather than a prompt to look elswhere.

May I suggest that you a person who deserves more than just neglect, by yourself or others? My own breathing was eventually diagnosed as chronic obstructive pulmonary disease and asthma, while before it had been seen as simply an effect of my anxiety.To be fair some of it was in the early days.

Now if it had turned out to be anxiety then that in itself would have been a step forward. So either way I would have been ahead, be it a physical ailment or a mental health issue. Once the correct information had been established more effective treatment might have been undertaken

tealflowers
Community Member
Options
i'm not sure what to do. i just honestly don't care about me or my mental & physical health. i cancelled the appointment with the rude GP, haven't made the chest x-ray yet. it could be anxiety but i've never had this issue before. probably just something to do with the cold weather. i've just been staying up late & sleeping in late cause i'm a lazy depressive insomniac failure & more bad things, & at night i go watch a british sitcom (yes you know the one croix), & then if my favourite british sitcom is on after on weekends, i watch that too. then i watch it again on fox classics + 2. then i just colour in for a bit & stay up late. weird i know.
1 Support
Follow Post Report Post
Reply

Um, you said "i've just been staying up late & sleeping in late cause i'm a lazy depressive insomniac failure & more bad things" which seems to me pretty harsh, judgmental and frankly not realistic

Then again I to felt pretty much the same way too (a fair while ago) so can't preach:).

How about calling it "Gardening Leave"? Sir H was about to be sent there by powers outside his control, maybe you have too, after all you did not ask for this, a combination of circumstances, your mental health condition plus poor medical support have landed you here.

Incidentally before I forget if you do not have the scripts and Google "Yes Prime Minister scripts" you'll find them, Might make a change from viewing (though I'd guess you'd pretty near know them by heart by now). Still I guess there are worse things to know.

I have a Safety Plan app (BeyondNow) and am going to include the episodes in it, I can't think whay I never had them before.

I've never tried coloring, can I ask what sort of pictures you color and if it is distracting?

how are you today ?

hi all. i haven't been on the forums really. i cancelled my appointment with my psychiatrist last month as i just wasn't in the mood after what happened last time. maybe i'll cancel my upcoming one too, i don't know yet. i'm worried he's going to hang up on me again.

on another note, i've been struggling. this girl i was "friends" with, she's older, with a son my age, from interstate, i talked to her on a facebook group about a show i like, & turns out she liked another actor i like so we used to talk about him.

she kept pushing me away & avoiding me, making excuses everytime we talked. i wasn't rude, just told her how it's making me feel, hurt & avoided, & she goes "i really like you & enjoy our chats" but then she blocks me because she can't handle me expressing my feelings, & acts like she's perfect & did nothing wrong?

then on another facebook group for a show i like, i politely said to someone it would be nice if i could find more fans of the show as friends, i wasn't rude, pushy or creepy, then i was blocked for no reason.

i join these groups to try to find friends, people who like the same things as me. but i just end up getting hurt. sigh. 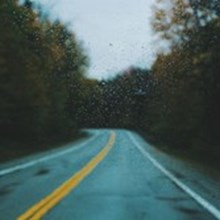 On The Road
Community Champion
In response to tealflowers
Options

How are you recently🙂 I'm sorry that things haven't been smooth for you. How did your psychiatrist appointments go recently?

I've actually experienced similar issues in terms of socialising on Facebook, it wasn't easy and I have yet to make and maintain a long-term friendship thru Facebook, so actually I already gave up on it. The people I met at first used to talk a lot, and then we talked less and less because I assumed we both realised we are not on the same wavelength. In this case it's hard to move forward. It's possible that the lady you chatted with wasn't prepared to step further? she could be comfortable with talking about the show and the actors but not showing too many feelings.

and yes, some Facebook groups have some strict and strange rules or cliquey moderators just like block ppl 🙁It must be s**ks to get treated like this when you came with kind intentions. And yes this was one of the other reasons I don't use FB anymore...

I'm sort of in a low spirit recently, I'm actually trying to avoid socialising with ppl 😂 I remember those days when I was lonely and urge to meet people alike...

tealflowers
Community Member
In response to On The Road
Options

i tried making a new thread but it wouldn't work. so this is what i was going to say.

i'm just really struggling lately. i don't go out anymore, as i don't enjoy it. i mean yeah i might go get food but that's all really. i don't do well around people & places, i feel scared something is going to happen, & i have a social phobia (yes diagnosed, among other things).

i guess my avoidant personality disorder is really playing up. all i do is stay up & sleep in late, eventually eat, go for a walk, go online, that's it really. i know i'm a failure. i've tried numerous things like applying for the NDIS for job training, studying etc. but i was told they don't fund it. & i don't wish to go back into an evironment like that even online as it's stressful & triggering for me.

my concentration isn't the best, as hard as i try.  but yeah i'm just very depressed. i hardly see a GP because i can hardly get into see mine, & if i see others, i'm just told they won't help me with referrals, meds, whatever, & that i'm making things up, which of course i'm not. i have a psychiatrist yes.

i keep looking for psychologists but given the personal bad experiences i've had, that is also triggering for me, so i don't know what to do. i just don't want to be in this mental space anymore.

I have read your last two posts, & what OTR has written as well. I understand now, you have tried finding people on Facebook & so far, your experiences there have been good at first, but then without any reasonable explanation, people have stopped talking to you. I suspect some people do that a lot to other people. I think it has to do with the relationships being online & how easily & quickly it is to tap a button, the like or dislike, without appreciating everyone is a real & complex person & their feelings do matter. People might make a lot of 'Friends', but none are real people, who they interact with in the 'real' world.

I'll have to return another time, tealflowers. I still would like if you could look out of a window & tell me what's out there. That's a start, isna't it?

hi mmMekitty. i'm afraid i didn't want to go on this thread anymore, myself or anyone else. i did ask if it could be locked or deleted but apparently that's not possible.

I understand, tealflowers, & will respect your wishes. I want to try to help with some things, if you want. Where can ce talk?

I would still welcome you to talk in my Discussion: Introducing mmMekitty.

But if you have made a Discussion of your own somewhere, please tell me what it is called, & then I can meet you there.