It is 2 am and I am sitting here with my mind racing and ridiculous levels of anxiety ...

What would normally be a non controversial topic for most normal people has sent my husband, son and I into a total state of chaos and frustration tonight.

My husband made some off the cuff remarks and I tried to explain to my son how I felt. Now my son is a trained negotiator within his field of work and is a very good one at that. My husband is to the point as I have mentioned in previous posts finding it hard to cope with me anymore, so of course my son talked me through every possibility of the topic we were discussing. He too finds the situation difficult and told me he is totally unable to understand how I feel but can relate to what I am saying and he in turn makes a lot of sense so I listen to him and try to create  the picture of what is happening to me inside.

Tonight irrational thoughts in my head have run rampant.. I always have this terrible core feeling of dread, which then leads to panic and all of a sudden I have lost control and once this occurs I am unable to cope. I become unreasonable, irrational and basically just wish I could run away. I hate this place... I hate feeling like this, the despair, the complete hopelessness. What if I never get better, what if I am still like this in a years time, yes I am afraid of the unknown and cannot contend with that thought, however I have a big problem just taking life day by day. There are so many what ifs... I am discouraged greatly that the road ahead will suddenly fall off the edge of the straight and narrow and I am going to fall long and hard with it.... 😞 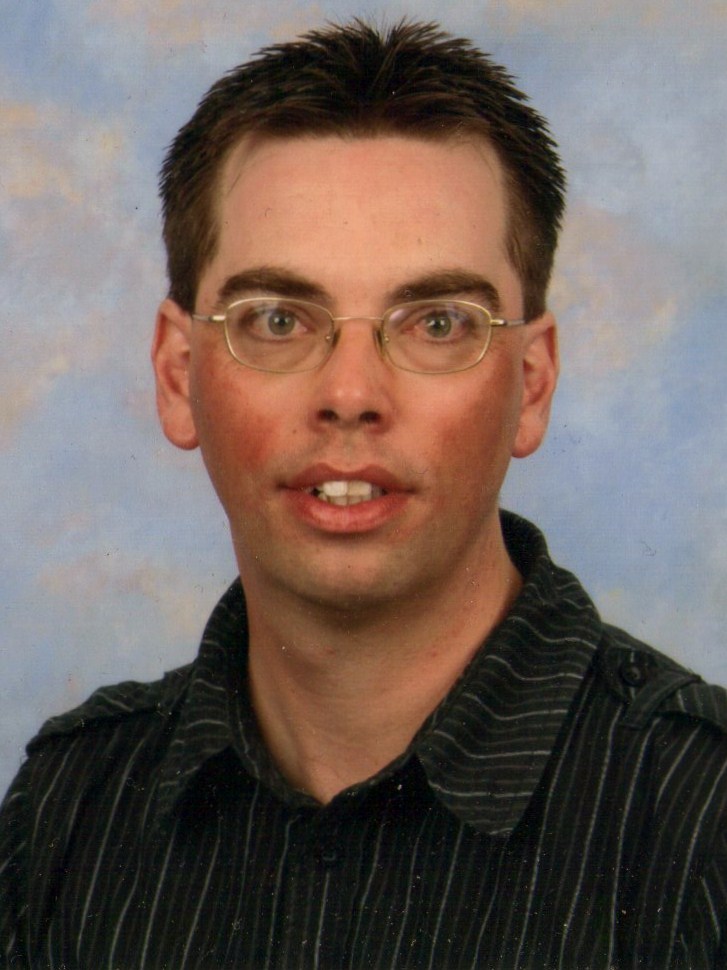 Not that I was awake at 2am to read, but it's a shame there's no "chat" option on here some times.  That said I like that the comments can be moderated.

Well it's 12pm now, or just after, ACST, so how are you this afternoon?

Aspects of Anxiety are by their very nature irrational.  If what we are "anxious about" were legit then it wouldn't be a disorder in the first place; GAD is about the senselessness of what we experience so I'm not sure how helpful a negotiation covering all the options is.  "Yes that's all true son, but that's not why I;m upset."  It's not always helpful to negotiate hope for someone in a state of GAD.  (I say "not always" because I think sometimes it can work as a sort of guided-CBT.)

Everything in your final paragraph says "I'm having a bout of Anxiety right now" rather than being a considered, negotiable way of thinking.  I don't say this to blame you, or your husband and son, but to name this for what it is.  Irrationality is "normal" for us, it's what happens sometimes, and that's what therapies and conversations with those who understand are all about.

So.  So don't be worried about the fact that you're worried.  Yes that's trite, but I do know (something of) how you felt this morning as I have been there before.  I hope you've had a good sleep now, and a few glasses of water: you know what to do.

dear Lee-Ann, well I was well and truly up by 2am, but the communication between you and your son, is an important one, and his training has done him well, to be able to talk to people who are on the other side of the fence.

I don't want to upset you or stir the pod, but your husband's off the cuff remarks aren't going to help or get you any better sooner.

Now that may sound to be unfair to him, but it's just that we are trying to help you, and maybe your son can have a word with him and explain that these type of remarks are not helping you at all, he may have already done this, but you can let us know.

I like Damien's comment 'irrationality is "normal" for us, you could seal this in a bottle and send it adrift, so that someone will find it in 50 years time, and by then depression may not exist. L Geoff. x

dear Damien, I am curious as to why you can't perform your duties as a chaplain even though you suffer from anxiety, surely there are other chaplain's with the same problem.

Wouldn't it be good for your gathering at church to talk about depression or anxiety, as I'm sure this would alleviate many people and their concerns which they may not have spoken about to anyone. Geoff.

2am is a good time for a dog walk.  Seriously.    Just getting away from the problems connected with the home and literally, in Winter, getting a breath of fresh air.  There is something grounding about pacing an outside area, even if it's your back yard.   There's some space required to sort your thoughts out.

Sometimes I just sleep on the lounge floor too.   It seems to be less invasive than a stuffy bedroom and the snoring level is minimal.    The tactile hardness of the carpet on the floor is a bit like having a car trip and pressing your face to the window as you pass by.   There must be many more ways to calmness.

Short answer is that work rationalised two half-time chaplains into one position, a good idea, but they then appointed my colleague to fill the role.  Part of this I feel was due to my being "hidden" in my 1:1 role which I took on partly out of compassion for strugglers because I have GAD myself., I can't match the public persona of the other chaplain, the extroverted "healthy" one addressing SexEd and Assembly classes while I'm in a confidential counselling role.  Of course I could have done both roles, but in the job share I chose the secret one and then missed out.

I have since left that town, to live with my parents while I get a bit more balance in my GAD, and of course find a new job.  Chaplaincies don't exist in the same way in this town, (in that the ones that do are filled), but in answer to your enquiry I have in fact lead a public forum (of sorts) at church.  My church hosted a regional annual gathering for "fellowships" and I was the guest "missions" speaker, speaking on Mental Illness and Faith, and generally spruiking beyondblue.  I raised awareness, (and $300), and have continued to do so as a minor celebrity since my face now appears on film in the My Name Is Anxiety and Mantherapy campaigns.  I was interviewed for the local paper and have had a few people come up to me in Target to ask questions.  Since I am known to be Christian (my dad is the local Uniting Church minister) some of the local believers have been specific in their questions.

This experience has been good and bad.  Good in that I have been able to share my story as evidence that Mental Illness is not the same as Demon Possession; bad in the sense that "GAD + Attention = Damien wanting to yell "back off crazy strangers" in Target".

So I could have been extroverted at school too, given the chance.  (Sadly my former colleague and still current friend, who was not the best at counselling, has now resigned, but I'm not well enough to return just yet and so won't go at all.)

I hope all is good, or good-ish for you Lee-Ann.  It's just shy of 11:00pm here so I'll be off to bed soon and I hope you;re already sleeping well where you are.

dear Damien, thanks, you seem to be a very talented person, it's such a shame that this illness can destabilise someone like you who obviously loves their belief and career,.

Hopefully by posting and replying on this site maybe the turning point for you. Geoff.

Situations that are hard to cope with seem to need a lot of understanding and talk.  I'm sure the skills your son has in negotiation will help you although he probably doesn't want to judge you at the same time.

If I understand Damiens plight correctly I would back track a bit.  "Of course I could have done both roles, but in the job share I chose the secret one and then missed out".  Missed out on being crazy, extrovert chaplain ?  But then you have to balance the Target audience, so to speak ?

It's all the same thing - coping.  We have situations of our own design and situations that are imposed but it's better to say "I can only cope a little" than "I can't cope, I'll have to kill myself".   And where does the assumption (that word again Geoff) that we should cope come from ?  Normally an arbitary source like work or a distant relative that never visits but always thinks poorly of mental health.

The ability to cope is short lived as there will be other pressures waiting around the corner.  We are on the Cope Train.  Seeking to hang on as we go around life's corners of unstability and irrationality.    It might be the all stations to Anxiety or the express to Depression and No Man's Land (no, not the ladies undergarments section in Target).   Whatever happens, we are pressured to try and get some positive thinking behind us.  We have to stay on track.

But sometimes the track is different.   The Great Federation amalgamation of States identified one major problem - that train track widths were different between some States.  So in order to cope with a long distance trek you had to change trains, change track and change your baggage.     State Rail stand up,  you have invented a course in Multiple Coping Strategies.  Tickets please !

PS   Damien, you are on the Cope Train and the Hope Train.  They run side by side.   It's OK to have one foot on each  but watch out for the water towers and electricty generator boxes.  Hey, you wanted to dazzle and fizz.