How do you do it?

i have been posting a little bit in the last week, and have read many helpful things.

a lot of what i read is helpful to my situation, but also helps me to understand another perspective.

This got me thinking, What is a trigger for you, and how do you overcome it? 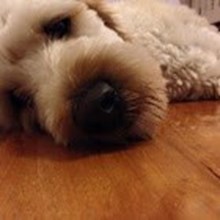 I'm glad to hear the forums have been helpful and insightful for you, and it's a great question you have asked.

For me, a trigger can involve reading about a similar situation that I've experienced, or hearing that someone is going through a very niche thought pattern, pain or feeling I've experienced as well. To overcome the effects of this, I engage in consistent self-care every day- not just after when I feel I 'need it.' I make it a part of my routine, so that I always feel taken care of and healthy, ready to deal with these things when they happen. I hope that makes sense?

its good to hear you do a daily self care routine. Is this different to doing some sort of hobby, down time, or exercise?

Not Batman, a trigger for me only surfaces after I realise I am affected,

I try to be aware and I go with the sadnesses . I don’t fight it. I don’t avoid triggers but I try to embrace them.

Has anyone used the ‘white bear problem‘ before.

this was a technique that i went through with my psych a couple of years ago to help overcome some intrusive thoughts.

the problem that we face is that if you try to suppress some thought, rather than it going away, the thought only became stronger. Isnt it ironic, dont you think?!?

actually, the reason i mention it being ironic is that this weekend i learned that its called ‘ironic processing”, and there is some good literature out there on the subject.

When an intrusive or obsessive thought comes in, think of a distractor and focus on that. For example, polar bears.

Other strategies include convincing your mind to set aside the thought in a ‘thought bank’ and come back to it later. Kind of like saying to yourself “ok this isnt important right now, i’ll think about it tomorrow”

i found it interesting that you can trick the mind that is playing tricks on you.

exposing yourself to the problem head on is also a strategy to overcome the thought, it you can thing about it in a way where you take charge, acknowledge the thought, take away the thoughts power.

Have you got any interesting strategies?

I have tried the polar bears or pink elephants but then find i start overthinking them are they really white, is it one bear or a family, where do they live? are they cold. Not sure that is supposed to happen.

I suppose it helps in the short term.

Apart from distraction I discovered something when on a get fit campaign. The mind says "nope, dont want to go for a walk today". But physically I go immediately for that walk.

It explains it in the thread-

in search or google

You ask a great question, and I like the polar bear strategy. Personally, I have a lot of trouble with intrusive thoughts. Sometimes it's fairly easy to distract myself, other times it is damn near impossible. Like others here, I am triggered by hearing about similar situations to the one that kicked off my depression (an unbelievably common theme for songs and other media, unfortunately). Over time the sheer oversaturation of that sort of thing has desensitised me to some extent, but still names of people involved, or reminders of them might hit me.

As you mentioned, avoiding a thought just doesn't work, and distraction alone often doesn't. I came across Acceptance and Commitment Therapy in more recent times, that included what was termed "the art of allowing". Facing the thought. Not necessarily tackling it in the immediate, but acknowledging its presence, and how it makes me feel. I'll often vocalise that - "Yes, I have been reminded of (*insert unpleasant memory here*), yes I feel rubbish," and I'll follow on from that with a decision about what to do with my time instead of ruminating on it. The ill feeling may remain and I will be aware of it, not fighting it, but generally I will soon become more involved in my chosen activity than the thought that was bothering me. It helps a lot.

I've been slipping a bit with that technique lately, so thank you for the timely reminder.

Thanks for the responses

tonyWK, i stuck with the exercising thing for a solid 5 months earlier this year. People said it'll release your happy hormones, you’ll feel great. Well those happy hormones never set in. I guess the mindset thing never really changed for me, but im about to give it another go.

blue, distraction works sometimes for me, i guess it depends on how strong the thought is.

i went through the Acceptance & Commitment therapy, and found it quite a good strategy for the toolbox (and you can never have too many tools). I still practice it daily.

before becoming ill, and having to wrestle with my mind, i didn't give any of these strategies a thought. Now that i have gone through the experience, and learned a lot, i find that applying the tools keeps me grounded (somewhat)

Ok, it isn't about exercise, it's about doing anything physical when your mind is saying otherwise.

Sorry if that was misunderstood.