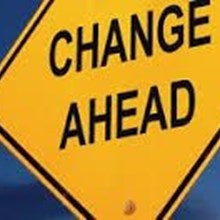 I have made many new years resolutions over the years, I think I've resolved to lose weight for the last twenty odd! My target this year is alcohol, so I am seeing how many Days Off Grog I can have. I started on NYE day so will have completed sixteen by the end of the fifteenth. Is anyone doing this? If you want to do it with me, just post your number of days. Anything else is optional.

Great thread! I am excited for you and whoever else is doing this (Neil?) . I am counting with you!

There are no great people in this world, only great challenges which ordinary people rise to meet. -William Frederick Halsey, Jr

Just one more day off grog yesterday, but a harder one. Lunch with a bunch of old workmates that I see about one every year or so. A lot of old stories. Venue was a pub. I drank soda water.

I can proudly say I am on my eighteenth day now.

Can I ask you ? What was the catalyst in the past to losing your resolve?

Yes, I'm in with you for a while - I commenced on January 2nd;  as I still had beer in the fridge (with a use by date of 6 hours) on New Year's day.

I'm aiming to go for all of January;   then with February kicking in and the Cricket World Cup on, I believe it high time some amber liquid be consumed.

Over the last 6 years, I have managed between 170-180 DOG days;  with the exception of last year.  Was only in the high 60's.   I compete in Natural Bodybuilding Comps and they take place each Sept/Oct;   so from early May (my birthday), I go off grog completely, till after the competitions.  Hence why I have been able to chalk up so many DOG days.  The exception being last year, when I didn't compete.   No goal you see.

But for January, I'm getting in now, cause of my lack of discipline for last year and I think I simply needed a huge dry out period.   It's funny though, cause I've had a couple of mornings where I've woken up with a headache and hangover like symptoms.  Not sure why, cause I'm also averaging about 4 litres of water each day also.  So it's not because of dehydration.  Anyhoo, who knows?

So yep, I'm in with you for the time being.

Also, MEGA KUDOS to you for the other day when you met up with some mates and IN in a pub.  I honestly think that would have been possibly too much for me.  But gee, you must have had an awesome feeling later on to know that you were able to achieve what you did.  Freakin' amazing man.

Thanks for coming on board and for your support. Hilarious that you had a beer with six hours life left.

I will try to stick with it because I want to lose some weight and booze not only isn't good for that, it also stops me taking opportunities to exercise. If I east dinner I may be inclined to go for a walk afterwards. If I have a drink with it, I won't.

Anny, my resolve was lost because I am an alcoholic. High functioning but an alcoholic none the less. Sometimes I couldn't remember the last day I didn't have a drink. It will kill me if I don't stop. It is a slippery slope for me, I start off having one drink and next thing I'm knocking over a bottle of spirits in a night. Time to act!!

Today is day nineteen for me, bring it on!

You have to do this ! There is no turning back now. I really should not be staying in this forum ( my own issues) but to hell with it , helps me too- I am going to stick with you until you can say - yep - I USED to be dependant on alcohol to solve my problems but now I'm not.

Sorry all - even if I misunderstand you at times, say the wrong things or just plain be annoying because I don't know what it's like . Addictions is my problem too but I guess they're all different in their own ways.

John , I asked what weakened your resolve because I want us to think about it ( me too) and mentally prepare. I think we need to constantly remind ourselves of why we are working so hard to beat our addictions. We need to constantly be ready in advance for that weak moment . You didn't lose your resolve because you are an alcoholic , something? A situation ?must have happened. What are the chances that it happens again?

Can we remind ourselves every day ? Obviously I'm not an expert and again I apologise if I'm way off being helpful - I'm a bit of an over analyser . I agree with Neil, this week you were amazing! You have proved that you can do it so please please believe it! We are all supporting each other.

You have to do it differently this time. Give us a reason like you just did as to why you need to stop as often as possible . Make sure ( even if there is more than 6 hrs left - yes, pretty funny Neil) you dispose of any temptations ! Do whatever else you need to do - you know what that it.

Keep that phone on you at all times - remember the drill - feeling weak - want to have a drink - fine , we start counting again the next day - but you must post first! 🙂

Body builder and you can still drink alcohol , that's incredible. You must have the capacity to work pretty damn hard! How can you get that much water down you? Can we get some free diet tips?

Congrats - 17 DOG !!  Maybe this year you can enjoy the cricket too without any grog and wake up feeling really great on your birthday in May....

Admiring all of you here.  Tony wK

Tomorrow will be a big challenge for me. My middle daughter Jessica is the one that we lost to SIDS at eight weeks old. Tomorrow would have been her sixteenth birthday and my usual strategy for that trigger is to drink myself to numbness and have a little cry over what might have been.

This year I will be sober in honour of her memory and focus on if she had been here I wouldn't have been getting drunk for her 16th birthday, but rather fussing over her and celebrating her future.

Here's to ignoring the triggers!