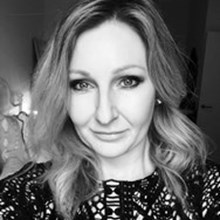 I don't even know where to start. My mother in law literally hates me. Always has. I felt it from the first minute I met her. She puts on a show, but she plays all sorts of passive aggressive games and I am not emotionally equipped to handle her. I used to say nothing, say nothing, say nothing, but then explode and look crazy, which is her goal. As much as she'd deny it, she's smart enough to figure it out.

I have finally accepted that we cannot have a relationship, but sent her and my father in law a text, with my daughter's number as my daughter felt abandoned in favour of the the other cousins (she is the only girl and the oldest), and she was being ignored. They of course denied I had a point but then the next thing I hear my daughter telling me that her grandmother was flying her to Hamilton Island, to spend a week with my husband and his father who will be racing, no mention of me, no permission sought. I was distraught at being left out for a weeks' family holiday, however I have check the school holidays and they don't coincide so fortunately my mother in laws plan was thwarted. In the meantime however I have been sobbing, having chest pains and coping all by myself as my husband is off sailing. I have decided something. It is not my problem. I am a good and kind person, and my husband chose ME, so he can deal with his mother. She isn't my mother. They wave the inheritance thing over us, but I am determined to make enough money in my new career in Real Estate (studying at the moment) so that we don't need it. They they have nothing over us. My bitter MIL can stay bitter, and it won't affect me. I will be busy with my happen, emotionally healthy family.

Well done. The first step in getting this toxic person removed from your daily life. Of course realistically it isn't over.

Google this. Waif queen hermit witch. Have a read of what 10% of the Hunan population can have in terms of narcissistic ways. But of course we don't know if she has any undiagnosed issues. That article is to help you assess what the problem could be.

Also google Topic: be radical- beyondblue. That will highlight some of the things like removing toxic people from your life, in order to allow you a calm existence.

I had a will waved in my face many times. I've never cared. Its yet another weapon along with emotional blackmail that is a form of control.

yes you didn't marry your mil

Explain as best you can to hubby in the way that you are exercising your rights until, if by chance she learns to show respect.

geoff
Champion Alumni
Options
dear MissGivings (MG), I feel so very sorry for you, to have this MIL who is demanding and coercing every event just to demean you.
You are the person who chose your husband to marry, not the MIL, and what she leaves in the will be left to your husband, and anyway what a parent leaves can sometimes be so disappointing as it was when my D ad passed away, he left half of his finances to be split up by 5 kids, while the other whole half went to his one and only step daughter, that's his decision so all of us 5 kids have to move on, even though we are puzzled.
So in other words having a will dangling over your head as a threat should just be put aside, as in my case who knows what's going to happen.
Don't let this MIL have control over you, take the control yourself and get on with your Real Estate, this must be so exciting for you, it's something I had always thought of doing. Geoff. x
0 Support
Follow Post Report Post
Reply