Some of you are aware of my existence by now, but for those who aren't, I'm fairly new to this forum. I've been stumbling my way along with depression for somewhere around seven years. It was triggered by a life event and exacerbated by circumstances since then, which I've done my best to eliminate where possible. About a year ago I changed track with that and made the huge decision to end the relationship I was in. Rough though that was, I finally started to see a bit of progress. I've still had a fight on my hands, to stay afloat and get control of my time and money and my peace of mind, all of which were tied up for a long time in untangling my finances from those of my ex (not his fault, the bank made it really damn hard, and my job and my own state of mind weren't helping).

Now I've started enjoying things again, and am not always instantly down when I'm on my own. I was once a (deliberately) solitary creature who enjoyed my own company and learning everything I could, so it's good to be more like that again. The depression's always there, lurking in the background, but I sometimes go a few weeks at a time without any prolonged episodes. Long enough to start feeling like I'm healing or that my emotions have some concept of cause and effect again. Then down I slam again, sometimes for a day or two, other times for weeks, and it feels like I've made no progress at all. In these periods my mind and my emotions are constantly at war, particularly when I'm alone and/or it's quiet. My mind is calm for the most part, and well aware I'm strong and capable and have strategies and I actively work on those in spite of the depression. My emotions, on the other hand, are running about with flags chock full of negative messages and even though I know it's not (or even close) I feel like everything is collapsing, that I can't deal with it and I just want everything to stop. That's where I'm at, today.

I do have an amazing partner now, who is extremely supportive, and has helped me immensely. My current problem is that I need my friends and family, too. I so rarely have time that isn't ruined by unsociable work hours and also the energy and will to socialise, but my friends are seldom available when I do. In those times I know it may be weeks or months before I can see them again, and I miss them, and that's mostly when I crash again these days. Dunno how to fix that yet, but I need to vent, and here I am. Getting better but having a really crap day. 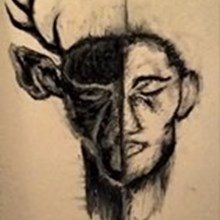 Clues_Of_Blue
Community Member
In response to Clues_Of_Blue
Options
Well, maybe vaguely coherent. Still awake when I really shouldn't be. Hopefully not for much longer. So much stuff I could do with getting off my chest, but not on a public forum. Such a supportive community here, and yet I can't say stuff because I don't want it out there for all to see and it gets censored and can't be deleted in any case. Aaargh!
0 Support
Follow Post Report Post
Reply 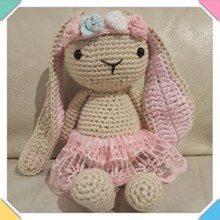 Have you considered looking up those meeting place groups for people with depression and anxiety? Perhaps you might meet someone through there to talk with in person. It does help to unload sometimes. I do like Joelle's idea though, that has helped me in the past.

I hope you get some good sleep soon xx

Hm, writing stuff down might be handy (when I have the energy for it). Have done similar before. Mum used to write her problems out as letters to the relevant people (not to actually be sent), so she could look at a thing from the different angles that come with whatever registers or mental filters you may use for communicating with each different person.

Not sure I want to do a meeting thing in person to be honest, though it is a valid idea. I like the anonymity of online communication, and the limited social energy and lack of fuel money needed for it. Wandering into Beyond Blue was about all I had in me as far as joining a new community. Might keep it on the backburner in case of extreme necessity.

Managed about two hours' sleep last night. Not expecting a lot tonight, will be up before the sun again. Tomorrow night, hopefully.

Coming back to that last lengthy post... I really can't get my head around the idea of eating as a chore. I'm a bit of a foodie, personally. I figure eating is necessary, so may as well enjoy it. And there are so many great foods out there. Especially cheese.

Admittedly I have a bit of a tenuous grasp on the concept of recovery, at this point. But I wasn't always depressed, and it was specifically triggered and exacerbated over years, so there's some chance I won't always be this way with that situation behind me. It's that tree that took years to grow, taking just as long to rot now I've chopped it down. I'm raising all the birdies that were in the tree, because oops... Hm, seem to have lost track of my analogy. But birds.

Sounds like you're still pretty caught up with your parents and thus the catalyst for your depression, and you're in a similar sort of phase to where I was before leaving my ex. You know what's wrong and what you need to do, but there isn't an instant fix. I can say that though I'm going through a pretty rough patch at the moment, leaving that situation definitely and immediately had a positive impact. Just having some space, and no-one undoing everything I cleaned up was a start. Though my good moods wouldn't last as long as I'd have liked, they started existing again. I had moments when I wasn't choking on misery, and that was better than I'd done in a long time. There's still a lot of work to do, and what I've had to push through seriously sucked, but I think you have the same sort of grunt I do to push through that anyway and come out the other side.

I smiled at your comment that you don't value the same things the majority does. Sounds awfully familiar. We don't need to worry too much about the majority, except in a more general sense, like not ramming their cars when they're in the way and stuff, tempting though it is.

That Alsation sounds like all kinds of fun. Dad's last dog wouldn't let anyone but Dad near him, but other than that, I haven't had much trouble with animals. Most of them are pretty agreeable if you're nice to them. Birds are a bit more temperamental. My youngest one is fiesty and often latches onto my finger when he doesn't want to go to bed. The other one is pretty chilled, and your picture of Tweety on my face isn't too far off the mark. He often runs about on my face in the morning (which is why I'm glad he's not a cow... and also cow pats in bed would not be nice).

Wrote a proper response to your last big post, Joelle, but it's disappeared for now. Though I didn't get to the Matrix question... I think both pills would be equal to the cognitive dissonance we are experiencing now, living in something that seems foggy and unreal, seeing what's really there (all the unravelling threads and hidden motivations and strings being pulled behind that which is immediately present), being told everything's rosy by those who can't see what we see... It's confusing and feels s***.

Anyway, thanks for the ideas and support, both of you. Hope you're feeling a bit better and haven't developed the flu, Joelle, and Carol, noticed on the other thread you were having a better day with your headache recently. Hopefully that trend continues.

I have to apologise, I have little energy at the moment, so this may not be the longest reply. I wrote a couple of other posts and I bottomed out when I got to yours, so sorry. The last 4 weeks have felt like crash after crash after crash. There's a 2-3 day turnover. Right now, just feeling really bad. With regard to my parents. They are definitely exacerbating everything. But, this is my situation and have to push through for at least 6 months...And now that's all I can think about 😞

I'll get back to you Blue. I hope you get some good quality sleep. I may not be fully functional, but if you need support, you can just prop me up somewhere and lean on me. No worries.

No apologies necessary, old bean. It's not like I don't understand what you're going through. Still crashing pretty frequently, myself. It's only getting less severe because my baseline mood is so poor at this point, I don't have half as far to fall. It sucks, but I do find it easier to handle than the wild highs and lows.

One advantage you do have is a rough timeline for getting out of your situation. It's still unfair that you're struggling as you are, but knowing you think somewhat like I do, having an idea of how and when you can unbury yourself from it helps a decent amount. That you recognise and work at that process in spite of how hard it is speaks volumes about your quality of character.

Got a reasonable sleep last night. Not enough to bounce back from the many nights without, of course, but hopefully enough to hold off the next crash for a while. If I prop you up, it won't be to lean on, but so you can have pudding without wearing it. 🙂

Just, thank you. Feeling like I'm primed for a good cry and your post made me a little tearful. Because I was reminded that I have at least one person who is on my side. And you think so well of me.

In terms of sleep, I'm glad you got a bit more. It always helps to have that under your belt when you face the day.

Yes! Save the pudding!

I have to get on with my day so putting on that mask. It used to fit my face you know, but now, just doesn't sit right.