Instead of harming myself I now........(list three of four dot points) 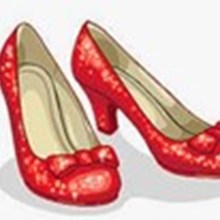 I just wanted to start this thread as "self harm" seems to be an increasing topic that I have noticed lately.

Firstly there is some wonderful information at this link:

Some of the discussion I have been involved in I am hearing that the "techniques" that are suggested to people to do or use instead of hurting themselves is "silly", "don't work", "well if it was that easy I wouldn't be here". So I want to reach out to anyone and everyone to perhaps put down three or four or as many as you feel comfortable to, tips that DO WORK for you.

I have suggested smashing plates, in a controlled space of course and not your mum's best plates either! Do you think this would work?

I think knowledge is power and the more we share knowledge we can use it to help others and to make a difference, a real difference in someone else's healing.

I also understand this is a sensitive topic but if you feel comfortable to share what works for you or what you need in that time that stops you from hurting yourself that would be so helpful.

Please be mindful this is a sensitive topic so just dot point the things you do instead of hurting yourself.

Huge hugs to you all.

These are great Guest_4521...some awesome suggestions and I really love your story about when you were screaming..it does feel amazing to get it all out and the fact that you actually went to an oval and screamed til you had nothing left is wonderful. I can see how that would be really therapeutic.

You are right about the plates and perhaps some may be triggered by what is left after the experience, I guess that is what makes us all so very different and why some things work for some and some things work for others and why places like this are so important where people can share what they do that works for them when they are in really dark places, what they turn to that works and keeps them safe...the more people we can keep safe the absolute better!

Hitting the old couch with a bat is great and once again, that physical activity that gets the heart pumping and gets the body moving is really helpful too.

Thank you so much for sharing these Guest_4521, they are awesome!

Hugs again to you

I SH'd as a teenager and when I was a young adult (I'm now 36). Then, earlier this year I began again after a couple of trying months. I believe that my SH and associated behaviours wouldn't have been as severe if my medications had been changed earlier, but that is not the point of this post.

Over the last couple of months especially, I have found many things useful to delay, distract and prevent my SH behaviours. I have many sensory tools: bouncy balls, soft and fluffy balls/keyrings, stretchy toys and many fidgets. One of my favourites is a hard dryer ball that I got from target or kmart. The 'spikes' on it are hard and pointy-ish, but rounded so they are not sharp. But you can rub it on your skin and get a sensation that helps me to distract/delay.

I am going to get a medicine ball to throw at the floor for when it comes from a place of anger. I will just keep throwing it until I can't move my arms.

I think any intense exercise will also do the same thing.

My favourite distractions include: mindful colouring in, puzzles (jigsaws and books), any craft, netflix/prime, and my dogs.

Journalling is also proving to be helpful if I remember to do it.

The thing that seems to prevent me acting on it the most is asking myself what my psychologist would say to me right now, in that moment if I was telling her exactly what was going on in my head. I imagine that if I wrote that conversation out it would be more impactful as well. Not just I want to do x...But what led up to it..Where did the emotions right now come from...

Hope everyone is coping as best they can x

Great contribution Ely, so nice to see you back!

Thank you so much Ely for the post here and the "real" and "honest" feelings that you have around SH.

It is not easy to have this battle and you have really provided some great insight into they things that work "safely" for you and the distractions that you have in place. I can see that you have a few different avenues with actual toys and items that provide physical relief and delay as well as things that you do to help with the mental peace and calming of the mind and drive to need to act.

This is really valuable sharing and I hope that you can continue to share some of the things that help and how you are coping. It is in sharing and helping others that we also help ourselves too and I can see you have so very much to offer to this community.

Guest_4593
Community Member
Options
I don't like what i see when i look at myself as a result of self harm
i try to tell myself that my current mental state may be temporary but i have given myself permanent reminders that i will have to live with forever..
every week is a battle and i dont always get through the week and when i don't i feel really ashamed and guilty.
But i try to take the advice given to me here and try move on and not focus on what iv done and try think forward and just keep trying to get through the days
2 Support
Follow Post Report Post
Reply

It is so great to hear from you and that you are trying so hard to put in place some of the suggestions and tips that have been put here, I am so very grateful for what people are sharing here, it is so personal and so private and I really am so overwhelmed that everyone here is willing to share to help another, and I guess in turn themselves too, it is so brave.

I have learnt about a new thing that could help and I am not sure if you feel like it may work for you, it is from a DBT set of tools call TIPP, one of the T's is for temperature, and by changing our body temperature, one can quickly decrease the intensity of an emotion. The idea is that you dip your face in cold water (ideally not less than 10 degrees) and hold your breath. Try to hold it there for 30 to 60 seconds. (HOWEVER...do not attempt this if you have cardiac problems.)

You may have heard of this one, it may also not really work for you, but just another idea that I have found along the way that might help.

I am so pleased you are here and sharing and also letting us know how you are going. The scars will be with you that is true, but you can also use them as a reminder of where you have been and how far you have come, almost like warrior wounds, you are fighting so hard Guest_4593 and I am proud of you.

I know you have so very much on your plate with work, with time off and trying to rebuild some energy and I hope that you can do that.

Huge hugs to you

Guest_4593
Community Member
In response to Aaronsis
Options
Should of read this earlier. Thanks Sarah ill definitely give this a shot next time im in need..stay well Sarah. All the best
1 Support
Follow Post Report Post
Reply 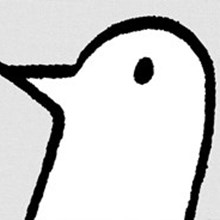 I think when I want to do it, I resort to

The odd thing is that I feel that at times, these three things can sometimes exacerbate my dark feelings. Music can validate and reaffirm sad moods, driving fast can conjure up ideas of being reckless and destructive, and the innate beauty of the chaos of nature makes me compare my own inner ugliness to something objectively beautiful. 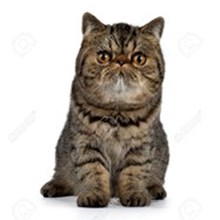