One of the things I love about these forums is that as well as dealing with the heavy stuff there is space to chill out and connect with people in in a social forum. After reading threads from other single parents I noticed that many of us feel alone at times, unsupported, we feel we are not doing a good enough job or we are just plain old worn out or frustrated. I thought I would start this thread for all the single parents out there who just want a space to chill out, relax, maybe compare notes, ask for advice and to pretty much know you are not alone.

It's a tough gig, we are all doing the best we can. 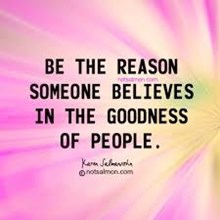 Wanting to get better my children are 15 and 18 one is looking after herself the other is being looked after. I was looking after both until recently when my health went bad. So I still relate to putting the children before myself. Saying the right things to them being there when they needed me. Even now they get preference over me going to a doctor or not. If I have any cash left over ( rarely) it goes on them. There welfare is ahead of mine, sound familiar.

tell me about your health and what state do you live

Well the short version arthritis both knees, diabetic type 2, blind in right eye, depression, Sleep Apnoea, Asama. That about covers the illnesses I live in Melbourne, but have been in five states. Either living, working or on holidays. I was in the scouts for years, also was a member of the State Emergency Service.

i have no reason to complain. With the illness you have to deal with. I hope you have support close by

do you still have your own home

did your husband leave you with anything

Oh sweetie. Why is that

what state are you

white knight
Community Champion
In response to Wanting_to_get_better
Options
To: "dads in distress" 2012

I walk around my backyard in the middle of the night
Look up to choose a star the brightest of the bright
Then name that star after my daughter youngest of my two
The one that refuses to contact me, poisoned by you know who?

Yes my first wife bled me dry of all tolerance of my mind
I worked 3 jobs so she could stay at home, mother of a kind
Then as my eyes dropped waterfalls as I slowly closed that door
Forced I was, to leave my babies 7 the other 4

A garage for my home as I toiled to make a life
Battled 2 days in a fortnight against stories from my wife
To set the record straight as they grew and cradled me blue
Little girls hollowing saddest words “we want to keep you”.

So I understand my friend if you read these poems of mine
Been there done that, like you I am human kind
Never let her get to you don’t let her win that game
Never tell your kids- “only your mother is to blame”

Fathers grieve and love their kids no matter what is said
Make two promises to yourself inside your grieving head
Never hurt yourself nor any other human being
The other is to be the very best dad the world has ever seen…. 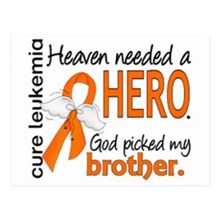 Someone mentioned depression whilst being a single parent is hard, it most certainly is !!

im 30 with a 5 year old boy, iv been a single parent from day 1, iv only ever had my parents for help but 3 out of the 5 years my brother was fighting cancer so many of the times there was no one to watch my son, this made it hard for me to also visit my brother and then he passed away last year which iv dealt with it pretty bad and am still not dealing with it very good, chuck in behaviour issues from my 5 year old i can say im truly hating life.

I cant simply go to the shop for a loaf of bread most times with out him running riot , like today i was paying for some flowers at the check out hes standing next to me picking his finger nails into tomatoes , i didnt notice until i heard someone ask him stop i then told him to stop also which only makes it worse these days it gives him the feeling to keep doing it for the fact i told him off grrrr.

I swear he loves my mum more then me , hes not so bad behaved with her.

Is anyone elses child better when they are with someone else ?

I'm sorry to hear about the loss of your brother and the struggle you've had.

I think most children behave better with others and I think it is a security thing. Your son feel safe and secure with you so he behaves how he wants because he knows you will always be there for him. I have 2 teenagers and a 4 year old. My teenagers argue with me, typical behaviour, but they are very polite with other people. I accept this as normal parent/child relationship. If they spoke to others the way they speak to me at times I would be mortified lol. I'm not saying it's acceptable to speak rudely to me but they know I will be here no matter what.

I hope this makes sense.