I am too worried to attend school 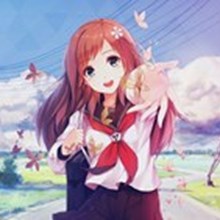 My name is Yutong, and I am currently in year 7. I am diagnosed with severe depression, anxiety and post traumatic stress disorder, which impacted my school grades and caused them to drop. Although it's only my first year of Secondary School, I already want to drop out. Just this week something took place that was so bad I'd rather be in the ICU with a severe illness than face the school situations. I have also been bullied and reported these incidents to my teachers, but that didn't seem to work.

Just on Monday I was having a meeting with my year level counsellor, and I accidentally took a photo of her with my phone and sent it to the year level group chat via Snapchat, and I didn't realise I did it until after school. Immediately I recieved messages about why I took photos of other people and posting them on the internet without their permission. I explained that it was an accident, but everyone seemed to be ignoring it. A very annoying girl from my class told me that she had already reported me to the principal for taking photos of others without their permission and she hopes I will get suspended. I tried to delete the photo but it was too late...

After my friends heard about this, they decided to dump me. In the past we all took photos of each other, and I took the most. My friends thought that maybe I deserved to get suspended, just like what the annoying girl said, because I don't have the right to take photos of other people. I explained that it was an accident, but once again, nobody listened to me. Great. They dumped me. I am now friendless again.

This morning I recieved a email from the principal that I need to go into his office to have a meeting with him at recess. When I read that email I passed out and had to get taken to the nurse's. But turned out it was about teaching me how to be strong and cope with bullying. The people who bullied me got a detention, but at lunch time they took me to the empty corridors and gave me a good hiding. My friends didn't care about this situation, and I am in the process of emailing my teachers again. I am too scared to go to school now. Are there any ways to cope? Looking forward to your replies! Thank you for reading!

Hello Yutong, I am in year 7 too, it really sucks and it has a lot of pressure, along with stress, pressure and difficulty finding people who we really should trust. But i can tell you one thing, you are not alone, there are others like you and me, so please hang in, i know u can do this, sometimes life isn't fair but that doesn't mean we back out. About the problem with your principal, tell her that it was an accident and if she doent believe you, i suggest you change to a new school and start fresh with new people. Also try to time manage so u dont feel as pressured. And forget your phone, have fun outside bro or sis, but please please dont back out, i know you can do this. If there is no one that believes in you, i do and bro its ok, calm down u got this, u will be something great if u hold on, and trust me, there will still be problems that will come up but dont stop now. I believe in you and I love you OK.

Thank you for reaching out this evening; it’s a brave step to take and we are sure you will find the support you are looking for.  As dontstress noted, you don’t have to do this alone.

We are so sorry you have gone through this; bullying is never ok and made worse by the fact you are having managing your own mental health on top.  Bullying or the use of violence is never ok and quite often this says more about them and what they are holding on to than it does about you.  Remember to acknowledge your own strength, how far you have come and the courage you hold, which is demonstrated by you reaching out to the forums this evening.  We have included a resource that you might find helpful below.

Reachout - How to cope with Bullying

In addition to the forums, you can also reach out to our team who answer the phones for a chat if ever you feel like you need to talk this through, we are here 24/7 on 1300 22 4636 or via our Webchat

Thanks again for sharing. It’s a powerful and brave first step towards feeling better.

I'm in year 10 so a bit older than you but I understand a lot of your feelings. First I would like to say that you've already taken the most difficult step by reaching out about the bullying. Although it might be tedious and frustrating, don't give up and keep persevering until action is taken. You deserve to feel safe at school. Making good friends in year 7 can be difficult. You are young and people are at different levels of maturity but people grow and change. i'm sorry that you don't have friends to support you right now but trust me there are people out there who are willing to listen and help you.  If your friends were willing to give you up that easily then perhaps they aren't the crowd for you. I have completely different friends than what I did in year 7 and I'm glad for it. I have anxiety too so I know making new friends can be a real challenge, but try to look for good people and just go for it. The best friends that I have know are the ones I sought out and made and effort to connect with. It might take some time and you may not find your crowd right away but I think you'll find people in the end. Highschool is a difficult and strange experience but it doesn't have to be horrible. In year 7 I remember a lot of people had 'drama' going on and were frequently called to the principles office. I don't mean to lessen your experience but sometimes it's good to put these things in perspective. Your situation may suck right now and feel really big but one day you'll look back and it will seem insignificant. There isn't anything I can say that will change your situation but I really hope it improves for the best.  Just take a step back and breathe, things will eventually sort themselves out. Take it day by day.

Thank you for replying to my post. I understand what it feels like to be in high school - the amount of stress, going through puberty, and much more.  I hope you have a good rest of your school career.