Hi everyone, I’m hoping for a little advice please. My 11 year old son told me today that he thinks he might be gay and he’s been feeling like it for the last 4 months or so.

I guess my question is would he know at 11 years old? Is he curious and confused?

We’ve had a really good talk with him this afternoon, and he knows he has our support no matter what, I just don’t really know what to do from here to support him. 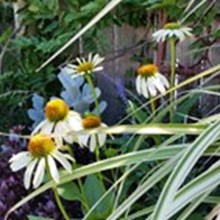 So glad you came here, its a supportive place.

We can only give our own experiences, but i know that my brother knew he was gay around 8 yrs old.

But it can be more than sexuality, more an identity? If that makes sense.

I felt like i was maybe lesbian, at least definitely attracted to girls definitely from around 11 years old.

It's so amazingly awesome that you have told your son that you support him, this is the most incredible springboard in life you can give him!!

I saw your post and I am hoping that I might be able to provide some help. It sounds like you have a great relationship with your son. My now 18 year old son came out to us when he was about the same age as your son. My son says he always knew he was gay, although he didn’t always have a word for it. He says he always just understood that the depictions of heterosexual families and relationships that were everywhere were just not him, that he was different from that. So I think it is likely your son does know he is gay at 11.

I am not sure there is anything you need to do apart from helping him understand that he is normal, which you are already doing. Allow him to talk and be open with you, which again you already seem to be doing.

My view is that is all you have to do! And keep the lines of communication open. If at some point other issues come up, such as anxiety around telling others when he is ready, or if he is experiencing bullying or harassment then you may need additional support.

Take care and enjoy the great relationship you have with your lovely boy.

Your reply is very helpful. Life is so hard, I’m just so worried this is going to add more pressure for my little man.

I hope he always feels he can come to us and will always be so loved.

Jane1980
Community Member
In response to Birdy77
Options
Thank you For your reply Birdy77, it does make sense and is very helpful.
1 Support
Follow Post Report Post
Reply

I am glad to help. Life is definitely hard, and I certainly had those same thoughts for my son. The world is not quite there yet in terms of love and acceptance of everyone, regardless of sexuality. But the best we can do for our kids, no matter who they are, is give them love and a place to talk openly and safely and be themselves. I think the fact that your son felt he could tell you speaks volumes and sets him up to be comfortable and secure in who he is. My heart breaks for the kids out there who still feel they have to hide who they are. My son says the world will finally be right when no one has to “come out” and explain who they are, they just are. Until then as parents we make sure at least with us, they feel like they can just be them. 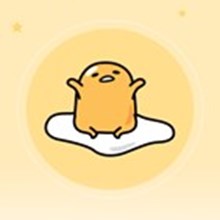 I wanted to comment on your thread and say that I think it's absolutely amazing how you are supporting your son. Your son will feel the warmth and support from you which will help him so much.

That's super awesome of you. I felt happy when I read that 🙂

you've received some great responses here! Like the others I applaud your relationship with your son. It is wonderful that you demonstrate your love and support in such a way that he is comfortable talking to you about such a deeply personal thing.

I knew I was different at 7 years old, I didn't know I was "gay" or such, just that I was different. I remember being in grade 2 of primary school and in the school yard playing with the other boys and girls and pretending to get married; at the time all I could think was "but I want to marry him, not her". It was about 10 that I realised I was gay, but even then didn't quite understand it - and because of the time it was (1980's) - I kept it hidden until recently.

I wish times had been different, and that I had felt my parents would have been so loving and supportive, perhaps I could have led the life I should have. You are already doing everything you can for your son. Just continue to be there for him, listen and be patient. He might be gay, or he might not be, or he may be something different altogether. He is who he is, and you'll continue to love him as you currently do!

Thank you so much for reaching out Daz, it really helps hearing your story.

We had a really good talk with our son last night to try and get more of an idea of how he’s feeling. We asked him questions regarding his feelings towards himself, his body, other boys and girls etc to see if we could come up with something outside of His friend, (that he has feelings for) to determine his thoughts of being gay. He didn’t come up with anything else apart from having feelings for him.

We explained to him that sometimes you can have a best friend who you really connect with on a higher level, and a soulmate doesn’t have to be your girlfriend or boyfriend, and that that in it self can be very confusing, but also doesn’t always have to be the answer.

We asked him about his friend asking him out and if that’s something that he wants, and he started crying and said he said yes to him because he was too scared he would lose him if he said no 😢 I feel he’s having feelings but not necessarily ready to act on them.

I sat with him this morning and asked how he felt after our talk and he said he’s still really confused and wanted to talk with his friend. I told him to not put any pressure on either of them, I’m really proud of how mature he’s being

I’ve called into the community health centre this morning to grab any material I can for him to read. I‘ll sit down and go through the resources here too and find anything I can to help him understand his thoughts.

thank you so much again.

I just wanted to say keep up the amazing work. I feel like your son can really grow with your support. As we grow and we learn about ourselves people can really help as us otherwise we can be harsh or negative to ourselves.

Please keep us updated! I think this is a great learning experience for a lot of parents out there as well!