I lost my mum 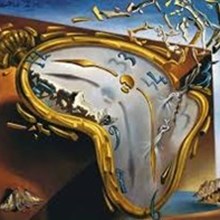 I just lost my mum to pneumonia, I feel so terrible and I blame myself, and I wish I could just tell her I didn't want her to die. It was at the end of last month, mum had been battling cancer since 2015, it had spread from her throat, to her lungs, liver, shoulder, then back to her lungs. She had been in and out of hospital.

I hadn't seen mum for a while, not because I didn't want to see her, but because she didn't want me travelling 3.5 hours by car when I had only just got my license, I got it late due to both financial reasons, and lack of help, paid for each of the 50 hours, once a month, and it took years.

On the day I found out she was in hospital, there was a snow/landslide and I couldn't get to see her, the next day, I didn't go as I was told she was in for constipation, and I wanted the sun to be out as I was so worried driving as I didn't have any experience outside of the main street of my small town with hardly any traffic, people and no traffic lights. My car was overloaded when I went down as I was planning to fix everything for when she came home, but she never would.

Instead I saw her for 30 minutes before she told me to go as it was getting dark, this was the first time I had seen her in 6 months as she kept saying not to come down and she was fine, I had uni, and there wasn't enough room to stay over, she said she would see me at the end of her operation, which was low risk.

That night, we got a call, and I and my sister raced in, they pointed us to the room, and my mum was there, in pain, so they gave her some more morphine, she was saying how much she loved us, then went quiet. Her breathing got worse throughout the night and the Drs weren't doing anything apparently because of a care plan I didn't know about.

In the morning a group of doctors came around looked at her and said they could drain her lungs but it would be too traumatic, and "you don't want to see your mum in more agony do you!" , my mum gripped my hand and raised it, I was in so much shock, words didn't come out my mouth, if I could have that moment back I would, but instead they left the room, and my sister cried and told my mum it was ok to leave. I feel so terribly guilty like I missed the moment to save her, even though I know it was impossible as her lungs were compressed, and tumours were on her airways, but just the thought that she wanted me to save her is tearing me apart every night.

Welcome to the forums and thank you for sharing your story with us here.

We are sorry to hear of the loss of your mum and that you have been feeling terrible and blaming yourself for not finding the words you wanted to share with her. We understand how hard this must be for you and want to let you know that you never have to go through this alone, and support is always here for you.

If you would like to talk to someone, the Beyond Blue Support Service is available 24/7 by phone on 1300 22 4636 or on Webchat 1pm-12am AEST on our website: www.beyondblue.org.au/getsupport  One of our friendly counsellors will be able to talk through these feelings with you and can offer support, advice and referrals.

We hope that you will find some comfort here on the forums. Please feel free to keep reaching out here on your thread whenever you feel up to it.
0 Support
Follow Post Report Post
Reply

BeKindRewind4Life
Community Member
In response to Sophie_M
Options
I was in shock, doctors were saying she was unresponsive, and that they wouldn't do anything more, they said it would be too traumatic to drain her lungs, they didn't even check her, and the way they chose their words like they were trying to make us feel guilty for wanting to save her. My mum was stronger than any person I met in my life, and I don't know what she would have said to do it if she was conscious. A week before my mum was telling me how much she wanted to stay alive, and these doctors did almost nothing in her final two days. It's not like TV Drs don't fight for people until there's no options. She could have had a few more months, at least until Christmas. I know she not in pain, but I'm not sure of an afterlife, and I couldn't stand it if she thinks I didn't want to save her.
0 Support
Follow Post Report Post
Reply

Hello BeKindRewind4Life, I am just so terribly sorry to hear about the loss of your dear mum and offer my sincere condolences for her having to suffer so much.

Sometimes we can't explain why this has to happen and I definitely have no answers for you but your mum would have known that you loved her so deeply and hope that this is a memory to always remember her by and try to cherish the good times you both had together, that's how I'm sure she would hope you would do.

My absolute sorrow for your loss.

BeKindRewind4Life
Community Member
In response to geoff
Options
Thanks for your condolences Geoff, I tried talking to someone I thought was my friend earlier this week, only to have them tell me all the things they would have done, having never been in the situation of watching their whole world die Infront of them. My mum, being a sole parent was my whole world, I've got Uni next year and am trying to not rely on drinking to be able to get things done, it's a bad habit to form, but its just so I can keep things going without crying. I'm on the Academy (highest grade students) at my Uni and need my head clear next year, thinking about starting back on anti-depressants after Christmas. I was, and am one core unit, and (9 electives, as I left these until last) of finishing my degree. I've been out of work a long time so was hoping to repair/fix things in my mums life and have her see me succeed. I know she was proud of me, and hope her final moments weren't thinking I didn't do enough to help her. It's hard to know what to do once I finish my degree as I've never been able to get work, smart doesn't equal employment without experience, even this seems less important now there's no one left to make proud, I only have a sibling, and they have their own issues. Thankyou again for taking the time to read, I just needed to get it all out.
1 Support
Follow Post Report Post
Reply

BeKindRewind4Life
Community Member
In response to BeKindRewind4Life
Options
Over the past few days my grief has given way to anger, I blamed myself for not making them drain my mums lungs, but in the emotional state I was in, and my siblings, the doctors saying that it would traumatize her and she would be in agony, when she was on painkillers makes me feel strongly they were saying these things to manipulate us into not asking them to do them. They could have said, it might extend her life, she would be in pain whilst she recovered, she could have been around another few months, as that's what the surgery was going to be for and she wanted. instead this doctor chose manipulation on me and my sibling whilst we were in one of the most vulnerable states of our lives, it was completely unethical, my mums health plan said she wanted to be treated and sent home to pass away. It's also why they ignored us when we said she was responsive, because that took her consent away, then they could move to having power over what they thought was best. I don't know how I will be able to go on alone at my age for the next 20-40 years, i feel so angry and guilty for letting this Dr use manipulative language to get the outcome they wanted.
3 Support
Follow Post Report Post
Reply