I'm new here and am looking forward to hearing from you. I'm a currently completing my degree in the mental health field and have worked in a variety of community settings in the past. I live regionally but travel to Melbourne every week and am also a mother of three lovely (cheeky) children.

I look forward to reading peoples experiences and getting to know their journey. I hope I can be part of maintaining these forums as a safe place to express your concerns and provide advice and validation where needed.

Thank you to those who have already posted and replied and I look forward to my time in the forum community.

My journey began at 17yo joining the RAAF. I thought it was all great adventure at 17yo. Then at 18yo I got my license and when haywire, driving offenses etc. Buying cars and selling them was off the scale. This and alcohol made me the village clown and I thrived on that. By 20yo I'd left the force and trained as a prison officer in a major Victorian jail. I had two sides- the officer and the emotional wreck. Three years and I left after my brother suicided, still didn't ring alarm bells.

I went from job to job, dog ranger, security etc in my lifetime I had 90 jobs (and about 90 cars) and 15 professions. Finally at 46yo I settled into private investigations and ran my own business. I mad one suicide attempt and also my uncle ended his own life. My mother was extremely erratic and ruined lives and around 2009 I got the diagnosis of bipolar, depression and dysthymia. Suddenly my sister, her daughter and my daughter all diagnosed with bipolar. It was all coming together that there was major mental issues in the family.

By 2011 my sister and I decided to end contact with our mother through her denial she had any mental issues needing attention. Also she tried to ruin my second wedding having proved in 1985 with my first wedding that she ruined then through tantrums and what seemed to be- jealousy. In fact my gut feeling (which is all I have to go on) is she has severe BPD. This revelation came when I was told by a friend to google - queen witch hermit waif. What a surprise.

Although I've had many traumatic experiences and that suicide attempt I have had an underlying positive frame of mind that has really saved me. Google

Beyondblue topic 30 minutes can save your life

But I've also developed strategies to distance myself from the destructive side to people. This balance has brought me much peace.

I've learned that when in trauma and taking ones life is considered, one should do anything to avoid that including radical steps in your life in any direction. EG In 1996 when after 11 years of abuse by my then narcissistic wife (2 young kids) I attempted on my life. I then decided to be radical and leave the family home as "a part time dad is better for my kids than no dad at all". It proved spot on. The next 2 husbands of my ex had the same abuse levelled at them.

I've found my asset for beyondblue is my diversity of experiences. Helping others helps me. It's why we exist. 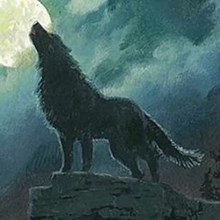 Welcome to beyond blue.

Me - your garden variety depression and anxiety. Issues with perfectionism. Work in IT, but also work as parish admin job. Around that, trying to study Dip. in Counseling, do stuff here on BB and be husband, father, etc. Not saying you should, but if you read through my posts you will get a good idea regarding my life story. How long will you be around here? And what was your motivation to work in the area of mental health?

Thanks for sharing your story, it sounds like you've had a long journey to get to this point and that you've found a real purpose in life, something I think a lot of people never find. I've seen you replying to many peoples posts you have many great resources and advice. The community champions really seem to make this place safe and positive!

I'm sure I'll see you round the traps.

Thanks for the welcome! I've seen some of your posts around but I'll keep my eye out for more. I'm a currently trying to complete my masters in psychology, but like you I'm a parent so it's easier said than done! My history is in working with youth homeless and refugees, so I suppose I'm just here to try and learn from you guys and help where I can? I'm not used to interacting on forums so its been really good so far. I around for at least 8 weeks, after that I have to see about supervision/university.

Goodluck with your Dip. of counselling, is it tricky juggling it all?