Strange situation with parents about my sexuality

Sexuality has always been a sorta sensitive topic for my father. But recently things were doing just fine, but then on Monday night my dad learnt that I’m still in a homosexual relationship and hadn’t broken it like he assumed I did.

My parents uses really strange arguments against my sexuality, and even avoid naming it a sexuality. Instead labelling it as “mentality”, “thought”, “nonsense”, “label”, etc. basically saying that it’s purely psychological.

I’m not entirely sure, but my parents say that homosexuality is only justifiable if it was due to a physiological abnormality, like hormonal imbalances? Sounds like pseudoscience, but they insist that I can’t be gay because I am ‘biologically normal’.

Me and my family are of a Persian background so my father also does concern of being humiliated as the father of a gay son, which is shunned upon in a family like this.

My father has gone completely silent with me and it frightens me. Some of the last words he stated were “you need to stop this nonsense, it’s sad to see what is happening to you. I won’t let you ruin your life, I won’t allow it”. Now I’m just sort of waiting to see what’s gonna happen, and it’s nervewracking, I love my boyfriend and I’m worried about losing him as well.

My stepmother today clarified to me that what herself and my dad want is:

I really don’t know what to do, my dad is silent and this is pretty much a scenario where I’m being judged by two people and I’m my own attorney, it’s just scary I guess?

Welcome to the forums and thank you for sharing your story with us here. It takes a lot of courage to reach out for support, you also never know who will read this post and feel less alone in their own experiences. We are so sorry to hear that your family do not agree with your relationship, we understand this must be such an overwhleming and stressful time for you. Please know that you never have to go through this alone, and support is always here for you.

If you would like to talk to someone we would recommend that you get in contact with the Beyond Blue Support Service. They are available 24/7 by phone on 1300 22 4636 or on Webchat 1pm-12am AEST on our website: www.beyondblue.org.au/getsupport  One of our friendly counsellors will be able to talk through these feelings with you and can offer support, advice and referrals.

We also think it would be worthwhile to have a look around the forums and see if there are any other conversations that you feel resonate with you.

Thank you again for being brave and for sharing here today. Please feel free to check back in and update the community on how you are going if you feel comfortable doing so.
1 Support
Follow Post Report Post
Reply 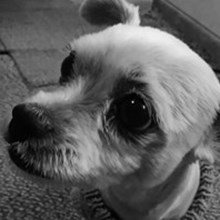 Hi JohnCroissant , welcome and thank you for sharing with us here and being so brave . This is a safe place . Sophie's suggestion is good , if you haven't I think a chat with a councillor would be invaluable .

I am a trans woman and Jo only found freedom late last year , I am old . Many have asked me "why " ? They seem to think that at my age it is a silly road ? ( many reasons )

We are all unique , no question ! You have found and are your true self . I would never let go of that because it is so very special ! That is the parallel we have .

An outside voice would ground you so you don't have to go it alone .

You have a loving relationship , protect that to . Love is where you find it as we know .

Be who you are and stay safe .

thanks a lot for your words it means a lot. As of today, my father has ceased silence, after confiscating my phone, and has said that we'll be having a talk later. So I hope it'll be okay though I don't know what to expect.

10 Kinsey Scale FAQs: What It Is, How to Use It, Accuracy, and More (healthline.com)

Apparently the Kinsey scale is outdated, but I still like it. I suggest you identify a place on that scale that suits you, and that'll be 1. answered. I am about a "1", mostly cis with some queer.

2. Where did the idea come from?

Ok, don't know about you, but the idea for me came from observing that some males bodies I found attractive. Just as simple as that.

Well that one is quite easy, see 1 and 2! and of course your current relationship.

You may be interested to know that sexuality preference can be even more complex. Apparently it is possible to sexually attracted to one gender/sex and romantically attracted to the other gender/sex. Cross Orientation it's called.