I am an international student who is currently studying counselling and coaching, and it has been quite a ride while I have been here the last 2 years. Having come from a country where I did not feel like I belonged and having had sentiments flung at me in my youth where, "if you didn't like it here, then why not just leave?". This did not help with constant feelings of being ostracised even as I grew, gotten a diploma for creative arts and work. It doesn't help that I identified as LGBTQIA+ and lived in a country of conservatism and traditionalism. I had felt occasional empowerment through my own autonomy to initiate and do things like take on coaching training while working in an educational institute. However, even that was not enough when an incident happened that really shook me to the core and really touched on the old wounds of feeling ostracised. I felt enough was enough, and made plans to come here to Australia to study since I could not get creative jobs due to the lack of market and high competitivity in my country of origin.

So over the past 2 years, I hadn't really experienced Australia enough, but initial experiences made me feel quite welcomed with open arms for a while. Then I guess the excitement of meeting new people wore off, and I was back to where I was. Reflecting on the past, I don't know if this is the result of some personality disorder or some other thing which I am not aware of. I can sufficiently present myself albeit with tentativeness since I do have performance anxiety, and I can empathise with others, yet feel insecure about putting myself into the conversation unless it has purpose to help the other. Sometimes I catch myself acting in response from a place of hurt, but it's hard to really know when I don't have someone who can understand and discuss this with me. I do live with my partner, but they don't have the same emotional depth and ability to empathise in this manner. Likewise with friends because I just drop whatever I was feeling to focus on them when they share about themselves.

So here I am, feeling kind of worn out and still trying to make sense of my own intersectionality, living in this controversial world that is still rife with various forms of injustices. I'm trying to do my best, but it feels like a one sided effort. And caring is the only way I can really push myself to still keep going, but I don't know if this is a sustainable way to do it. 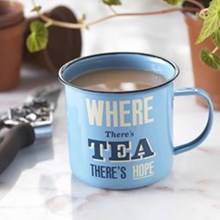 Welcome to the BB forum.

I'm originally from an Asian country with very traditional culture as well, so I can partially understand your struggle. I can give you two small advices:

1. As you're studying counseling and coaching, use the mindset and technique you've got to love yourself and take care yourself. One of the biggest cultural difference between east and west is that, people in western developed countries put themselves in the centre first. It's not selfish, loving and taking care of yourself is an ability that makes you a stronger and more independent person to be able to contribute to the community.

2. While focusing on your friends' feelings when they're sharing their stories, join them to share yours. Don't assume that you'll bring troubles to them, or they wouldn't listen or support. You're very kind to them and they will treat you the same way.

Hi KaiShirou, thanks so much for sharing your thoughts.

I feel there's a lot to unpack in your post and I definitely wouldn't go into the realm of personality disorder yet.  I feel that you might be someone who is reluctant about 'inconveniencing' others but tend to make yourself available to others.  I know a number of people like this and have been happy being someone they unload to.

I tend to agree with Mark Z's #2 suggestion, however, if you've actually tried this and you found that they don't really understand or you are wary about offending them, you can try to see if you're eligible for Beyond Blue's NewAccess or otherwise seek professional counselling to get you through this and help you look at strategies on how to approach the subject with your circle of friends or discover a group of confidants you can open up to and discuss things with.