I am a middle aged woman who is youthful both in looks and attitude.

I have siblings who often dismiss me, put me down, are nice when they feel like it.

I have often walked out of family get togethers & it’s made me look neurotic in front of other family members & mutual friends, certain friends that I had always take their side.

when I am away from & with other people, I am confident, happy & comfortable within myself but when I am around 2 of my siblings they make me feel like I am boring. I am a reserved person but once I get to know people I am quite open.

I have tried talking to them, things go well for awhile but then their attitude towards me starts all over again. I have always been a good sister towards them, I don’t understand it at all. I get upset and emotional when they start with their put downs. I have a different personality to them which they seem to put me down about. I am at a loss.

i have been told that I am too sensitive but their attitude is beyond a joke.

I don’t know what to do.

Welcome to the forums,

We're so grateful that you have reached out to our community tonight, we know that it is not an easy thing to do and you have shown a lot of strength in sharing your story.

We're also sorry to hear of the challenges you have been facing within the family and for the way you have been treated.  But please know that this is a safe space for you to talk about your thoughts and feelings, and our kind, non-judgmental community are here to provide you with as much support, advice and conversation as you need.

In addition to the forums, we want you to know that you may also get in touch about whatever is troubling you, no matter how big or small the issue feels. Our trained mental health professionals will be able to listen and offer you care.

We are available 24/7. All calls and chats are one-on-one with a trained mental health professional and completely confidential.

Hope to hear from you soon.

Dear Dubrovnik~
I’d like to join Sophie_M in responding to your new thread. I saw your old one at:

I’m not surprised you are fed up. To be told to “Snap out of it”, “Can’t you just move on” or “You are just too sensitive” are some of my pet hates.

They tell me a lot about the speaker and are not in the least bit helpful - quite the reverse. It shows the big gulf between how I feel and the speaker’s thinking.

I will admit some people do say these things with good intent,, though all it does is display a lack of understanding. Sadly many more will use it as a means of self-justification, subtly putting the blame on the person suffering.

As you have explained how you feel about your sisters’ conduct, and they have reverted to type after a while I’d be thinking there is previous little care and consideration there - so walking out is very understandable, I’d do it too.

Yes, as some people treat you badly it does have a snowball effect and you come to suspect others may do the same. This is a pity as there are many genuinely good people out there.

I see no reason at all why anybody would consider you boring, your life seems full of good choices and leaves great scope for interesting things - just they do not involve excessive drink, smoking or gambling. So what!?

Actually enjoying your own company can be a sign of wisdom and maturity.

What to do? Well even though I’m not religious I have a plaque on my kitchen wall called “The Desiderata”

amongst other good advice it says “Avoid loud and aggressive persons; they are vexatious to the spirit.”

I hope we get to talk some more

Hello dubrovnik, in situations like this I would avoid those family members, whether or not they are jealous could be a reason why this happens, and anything you do that does make you proud, to them, they won't support you.

As long as you are strong within yourself, that's all that matters. 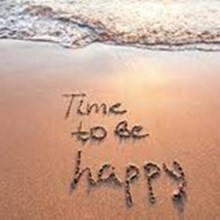 I watched my mother go through a similar experience with her brother. Many times she walked away from gatherings really upset, and for years.

One day, she finally decided enough is enough and cut off contact with her brother. It hurt her because they were very close growing up, but her sister-in-law is very controlling over him and he has changed because of her. So my mum did not want to put herself through the sadness every time she went to gathering anymore.

Obviously, every family is different and you need to decide what is best for you. But if you have already talked to them and they still ignore your wishes, that is not okay and you deserve better than that.

I hope it improves,

thank you very much did your lovely message & support.

4 years ago I broke up from my partner because of his sister, she was so controlling, arrogant & condescending.

I always held my tongue & ignored her comments & attitude but one day she pushed me too far, I lost it and told her off at a family gathering, my partner demanded that I apologise to her, i said no and walked out. I regret that my ex partner & I broke up because of her but not that I told her off. I just had enough.

When I was married my ex mother in law blamed me for her sons gambling issues, also I had 3 miscarriages & found out I couldn’t have children, she said it was because of that, my ex husband started gambling. In fact he had started gambling way before we got married.

You are very welcome though in fact I only said the obvious.

I think just abut everybody loses their temper and indulges in straight talk. After being subjected to an arrogant, controlling and condensing person with no end in sight I think anyone would do as you did.

I'm afraid that between his sister and mother you had a rather toxic environment, and to put up with them for as long as you did shows a great deal of tolerance. and desire for the marriage to work.

I guess the worst problem is that your partner was not putting you before all else. My own idea of a partnership is that each person regards the other as the most important thing in their life, and tries to be there for them, ease their load in life -and make them happy AS EQUALS..

This might sound like pie in the sky, but I've been fortunate, that has described both my marriages.

Sadly your husband firstly though he was more important and that gave him the right to demand you apologize - he had no such right. Secondly he put his family before you - you were not the most important thing in his life.

So you walked out - of course. Sure one can have disagreements or do something wrong, but discussion should be between equals and and tempered with kindness and love.

So you were right not to trust any of them. That is not a failing in you, nor is it an inability to trust another in the future - it simply has to be the right person. 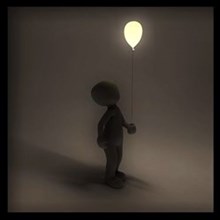 Whenever someone says 'That person is too sensitive', the first thing that comes to mind is 'Does this person have the ability to sense better than most of the people around them?'. While being 'too sensitive' is typically thrown around as an insult, I much prefer to see it as a compliment. Wondering if the following might offer a different perspective...

Imagine you're the only person in a room full of 100 people who can sense the depressing, insulting and/or degrading nature of someone up the front giving a talk/lecture. You try telling the other 99 people 'I get a sense that person is depressing/insulting/degrading. I can just feel it'. They'll all most likely tell you 'You're being ridiculous' or 'You're imagining it'. Now, imagine you're still in that room and 5 new people walk in and sit near you. You overhear all 5 talking about the depressing, insulting and/or degrading nature of the person giving the talk/lecture. it's a relief. You thought it was just you but now you have 5 people who agree with you. All 5 people have the ability to sense the true nature of the lecturer. They can feel something's off about him/her. They feel brought down by him/her, rather than being raised to feel inspired.

So, the question is 'Are you a serious feeler?'. Sounds like it. You could even say you have an ability insensitive people don't have.

I think while we can tolerate and tolerate and tolerate what we feel from other people (being shut down, degraded, insulted, not supported etc), there comes a point where this natural part of us can come to life. Bamm, it can be born in a split second, brought to life through the tipping point into complete and utter intolerance. I've come to finally welcome the complete and utter ranting maniac in me to life. She pops in on very rare occasions and will not tolerate complete and utter poop from people. Sounds like you may have met with this part of yourself or some version of it, the 'Tell it how it is' version. I imagine you told it how it is at that family gathering and it didn't make you at all popular. I found this part of myself to be my upstanding part, the part of me that stands up for the kind of respect and consideration I truly deserve.

I've found, analysing the hell out of a situation can bring about a little heaven. Could sound a little like 'How I feel (my experiences and the people around me) is not my 'fault'. How can me being able to feel the depressing nature of those around me be a fault?'.

Hi there, I understand exactly what you are experiencing, I have had issues with my family to, unfortunately over the years I have had to cease contact with my family, because if I had continued to have contact with them I would be sicker than I am now, there is an old saying, that goes, You can choose your friend but not your family! Even though we are born into a family it doesn’t mean they are right for us. I have also learnt through life that a friend is NOT a friend if they are not there when you need them, I have worked out who my friends are, they are the people that support me and are there for me in my tough times as well as the good times, and who tell me off for not reaching out to them when I should, I don’t have a ‘lot’ of friends but the ones I have love me and support me that’s how I know they are my friends. I wish you all the best