I know a while back there was a thread with some jokes on it - just to try and lighten the load for folk and to provide a few jolly japes and spiffy spifferoons (those words etched in my memory bank from the late and great Kenny Everitt).  However, I was far to lazy to try and find the other thread, so thought I'd start up a new one WJW.

Here we go people, something to start you off with:

"That very same year, I had a bird called Enza.  I'd open the window and "Influenza"

Now, they can't be done on any other day - for it is after all, Worst Joke Wednesday.

See if you can beat either of those? 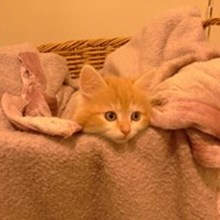 What has four wheels and flies? 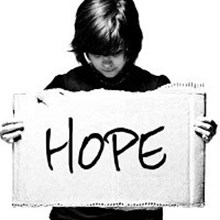 In preparation for tomorrow...

I used to think the brain was the most important organ. Then I thought, look what's telling me that!

Ok, it's started - and we're not quite there yet, but in some part of the world, it must be Wednesday:

What did the mother buffalo say to her child as he left for school?...Bison!

What does an agnostic dyslexic do when experiencing insomnia? ANSWER: Sit up all night wondering if there really is a dog.

& one more because, well, why not:

What award did the inventor of the door knocker win? Answer: The No-Bell prize.

YOU'RE ALL GONNA MISS ME WHEN I'M AWAY, AREN'T YOU?    Ahhhh, no I hear the collective groans!  🙂

AGrace
Blue Voices Member
In response to Neil_1
Options
Mary was having a tough day and had stretched herself out on the couch to do a bit of what she thought to be well-deserved complaining and self- pitying.
She moaned to her mom and brother, "Nobody loves me ... the whole world hates me!"
Her brother, busily occupied playing a game, hardly looked up at her and passed on this encouraging word: "That's not true, Mary. Some people don't even know you."

Wednesdays nearly over so I thought id try and sneak another one in.

Dear AGrace;   as unofficial President of WJW - I have to say that your last joke actually does meet the criteria of all things involved with WJW - I actually LAUGHED at it and thought, that's pretty funny.  Definitely not a WJW.

You know I'm going to have to google Langkawi, aren't i.

So without furtherado, I bring you some more WJW:

Why did the turkey cross the road? Answer: To prove he wasn't chicken.
Why did the boy throw the clock out the window? Answer: He wanted to see time fly.
What did the cookie say to the watermelon? Answer: Nothing, cookies can't talk.

Dear friends - Wednesday is still some 6 1/2 hours away from finishing - guess what, I'll be back.  🙂

Still Wednesday by 2 hours so:

What's worse than finding a worm in your apple? Answer: Finding half a worm.

Psychiatrist to chicken: "Why do YOU think you cross the road?"

Now dear folk - I will be away for the next 4 or so Wednesday's - I'm feeling quite emotional about this, as I'm feeling that a tradition has started.  KEEP it alive.  AGrace has done some great stuff here - in my opinion in one joke it was TOO great, but that's all good. 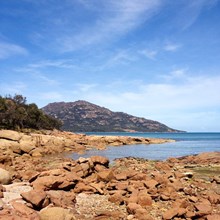 Have a great holiday, enjoy, relax and don't worry about us.

Take care, have a fantastic time

It's Wednesday.  You know what that means...

" Sure thing. " The bartender says "But what's with the big pause?"

The panda raises his arms and replies, "Oh these? I as born with them."

I walked into a bookstore and asked the assistant where the Self Help section was. She said if she told me it would defeat the purpose.

I know, I should be ashamed.

Neil will be so pleased that you've kept up his tradition;) ...I loved your 2nd joke!

So in true medicinal style here's one more...

How many psychotherapists does it take to change a lightbulb?

Just one, so long as the light bulb *wants* to change