My father died when i was 10, and so was raised with 2 other sibblings by mum. We grew up in some form of poverty, so didnt have the same oportunities as my fellow classmates.

Very quick background, i know. It wasnt until i was in my 20s where i realised a lot and despised as much about my childhood.

All seemed to be going well until the panic atacks started when i went to uni in my mid 20s. These subsided after a short while, then flared ip when i had both my children and reflecting on not having a father growing up, which pains me imensely to this day. After having a very difficult and demanding period at work i fell in a hole, and was diagnosed with anxiety and depression, and quickly got put onto medication (which has helped with the Anx&dep)

Reflecting on my past, and my present, i have come to the conclusion that i have no idea who i am. How do i put my past behind me, how i settle my nerves,

How do i find me?

Not in the best place today.
There are a lot of things setting me off to the point where i had to remove myself from an altercation. My face was hot, head was heavy, and i was irritable. I had to go dit in the car and listen to some anxiety meditation.

two main things are going on. We are all grieving the loss of our dog that died 2 weeks ago. And my son is acting out...like a lot.

the acting out has been the same for well over a year. Asking to do simple things results in an argument, and a lot of the time defiant.

everything as an argument, and its wearing me down. He knows the rules and boundaries but will do anything to get around them

The last straw today that brought the anxiety on was that he was playing with a burning stick from our campfire while i wasnt looking, then when i panicked and yelled for him to drop it, he threw it into a paddock of dry grass.

i love my son, but i feel that he hates me, and im a horrible parent. Talking to him on his level doesnt appear to work. There are times when hes the best kid, but are outweighed 70/30 by the bad behaviour.

i suggested we take him to a doctor, but that didnt go well with mrs not_batman.

First of all, it's great you've got to 86 posts, it means you get value from this forum.

You haven't told us, unless I missed it, your sons age. His reactions are frankly quite normal- rebellious etc.

As a patent it is frustrating all round. Yelling becomes "normal to you but is hated by him. He'll not think about the dangers of a kit stick near dry grass so he'll think all the time he can't breathe without being yelled at.

There is a few things you can try-
Ask questions. E.g. "do you think it's wise to play with that near dry grass"? (Let's assume his reply is insufficient)...then rather than yell you take the stick off him. No words needed. If he complains then answer "because you weren't wise"

So, questions then action. No yelling needed.

The other thing is being a friend. Find something to do together. Model airplanes was my interest, so hobbies or sports. Day you both backtracked for a footy team. Imagine how you both would get on going to the footy?

Also a hobby or sport just for you?

In this case, I don't think it justifies professional intervention. Your turning to meditation is a positive move.
Google

my son is 10. This needs a significant change of approach.

i was fortunate to have a lot of support, but that may not be the case for others. If we can all be there it benefits everyone.

I had a step son once. When we met he was 13 nearly 14yo. He wouldnt acknowledge me. He was clearly jealous of me dating his mum.

A few weeks passed. I gave him a gift, a Swiss army item. He was into bush walking and mountain biking. He took it and threw it on his bed and returned to watch TV. I said nothing. About 3 hours later he came out to the lounge and hid the fact he had the gift in his hands. He toyed with it for a long time. I knew then I succeeded in winning his heart. As he went off to bed that night he turned and thanked me.

The next day I arrived before his mum had arrived from work. I began making donuts. I knew he liked iced donuts and had a number of colours for icing. "Which colour icing do you like on your donuts"?..... before long he was making them with me.

Somehow you might consider how you can capture your sons heart. As I dont know him you'll have to figure that out. All the best.

right now my mind is telling me im worthless, slow, cant do it, and i feel im giving in to it, believing it.

my mind that is writing this knows better, is stronger, is listening.

i cant shake the thoughts today no matter what mindfulness i apply. Im afraid that if i face the thoughts head on, they will win.

i thought i was past this.

Thanks for checking in a letting us know how you're doing. We're sorry to hear that right now you are not doing so well, sturggling with thoughts and emotions you thoughts you had conquered once again.

Please remember that help is always available to you. As you know, while the support offered on these forums is often quick, it is not immediate. If you would like more immediate support, please reach out to our Support Service on 1300 22 4636 for brief counselling, support and referrals.
0 Support
Follow Post Report Post
Reply

I am back to this forum after a long time. In a way, we are all Not_Batman! no one is born with the knowledge of how to face this world. We all try and learn from our own experiences or of others.

I understand that Anxiety can come back after several years, in my case, it came back after two years. I have two adult children, one is rebellious. I am a strict parent and had a very emotionally challenging time raising them. Kids respond well when we treat them as a friend - what goes around comes around! When you are having a good time with them help them understand the challenges that parents face in daily life. Some kids understand and respond well, others don't but at least when they are ready to understand they will start to behave differently. Parenting is a long haul - save your energy. The first step in coping with anxiety is being aware of it and you have by posting it here.

Experts have said that we can trick our brains! Something I tried that worked for me when I feel anxious is thinking positively -telling myself that I bigger than this problem, thinking about all the great things I have done for myself and for others, my achievements, accomplishments, compliments I have received, and thinking of interesting things I want to do in the future (daydreaming is not a bad idea in this situation). This gives me positive energy and gives me strength and courage to go back to kids/family and face the challenge with a helicopter or bird's eye view. Stay calm and hope this helps.

Woke up feeling really cold i bed, could not get warm. all while getting ready and driving to work i couldn't get warm and could feel the anxiety growing. After a panic attack yesterday, and feeling one today, I fear that it is all coming back, and im scared.

i cancelled an application to volunteer. I thought i was ready, but im not.

My OCD is getting out of hand again, anxiety and depression are elevated. I just feel useless, worthless, horrible, tired, obsessive, lazy, helpless.

Thanks for reaching out today and letting us know how you are doing. We are so sorry to hear you are feeling helpless. We know it can be so hard when you start to feel unwell after a period of doing okay, so it is great you have posted here for support. We're sure that a lot of our community members will relate to these feelings and hopefully some of them will pop by to offer you words of wisdom and kindness.

Now is a great time to reconnect with those professional supports who have helped in the past, or to connect with a service you haven't tried before. If you would like some help finding mental health support, we would recommend that you get in contact with the Beyond Blue Support Service. They are available 24/7 by phone on 1300 22 4636 or on Webchat 1pm-12am AEST on our website: www.beyondblue.org.au/getsupport  One of our friendly counsellors will be able to talk through these feelings with you and can offer support, advice and referrals.  Or, you might like to contact our friends at MensLine Australia, which is a free 24/7 telephone and online counselling service for men with emotional health and relationship concerns. You can contact them on 1300 78 99 78 or https://mensline.org.au/ 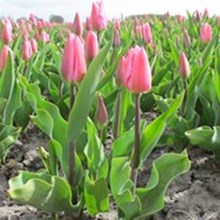 I'm really sorry to read you are struggling so much this morning. It really sucks when our mental health decides to flip us around and mess with our thoughts.

You are aware of how you are feeling, to me that means you have an advantage! You don't want to feel this way! What can you do to help yourself create a different reality for yourself right now?

Maybe it is using the contact details Sphie_M has mentioned, writing more here when you can, taking some deep breaths, going for a walk after work, or pushing yourself to put in place any little thing that might work for you right now.

It is tough to keep going. I hope you find the strength to do so. One step at a time sounds a little patronising when you are doing it tough, but it does help.

Wishing you strength to change this around. Kind regards from Dools