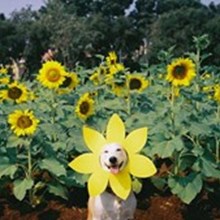 This is my first time posting but I feel as though reaching out for some kinda of help is a good idea. I am a 21 year old uni student recently moved to a big city with my partner. It was so exciting and felt like the right thing to do however since being settled in I have appeared to obtained an overly anxious approach to everything and have began to avoid any social interaction. I feel desperately that I really want to make friends, but every time I'm in a social situation I avoid any form of engagement (e.g pretend I didn't see someone, or don't initiate conversation first). I'm constantly in fear of embarrassing myself yet I'm constantly yearning for a social life outside of just my partner, and that makes me feel really lonely. I was volunteering for the first few weeks of living here but have even stopped doing that because I constantly felt uncomfortable engaging in conversation with the other workers, and even though it felt rewarding I always dreaded going because of fear that I would make a mistake.

I recently got a part time job and every morning before my shift I am overcome with nerves and even though every time I work there, the staff are so nice and every thing was well, its like I start to analyse everything I did there and convince myself that my colleagues don't like me, that they were laughing at me and think I'm hopeless or lame. It's just constantly manifesting in my mind and its got to the point that even though its enjoyable when I'm there I think about not having a job and wishing that I could make it by on my own.

Today I think I had an anxiety attack and all I was doing was studying and all of a sudden my chest felt tight and I wanted to cry. My breathing felt hard and I need to lay down and try and calm down. I feel really on edge now and like I have a pit of worry in my stomach. I honestly feel like nothing triggered it today as its been one of the better days.

About 4 years ago I was diagnosed with general anxiety disorder and was on an antidepressant and whilst it did its job, it was obviously a temporary thing and I am no longer on it. I did see a counsellor as well but felt like I was just a number to her as she often forgot my name and who I was despite having 10 or so sessions. For about 2 years I have been relatively fine and even felt at my happiest but lately I'm just worried I'm spiralling. If anyone would have any suggestions on how to find motivation to exercise/combat social fears/ or methods to deal with it?

Our mind can play tricks on us. Imagining others dont think well of us. We shouldnt assume anything unless told thus. We need to acknowledge our thoughts are out of control, that we need help to restore them to focus on the right process.

Furthermore, we need to categorise anxiety and anxiety attacks as a very serious illness. I'm no doctor but nervous system abnormalities are serious because all of our body is effected by nerves. Hence why some people end up with a heart condition from anxiety. Also depression can lead from anxiety.

Get yourself to a GP and get a review/health check. Discuss your symptoms and take his/her recommendation.