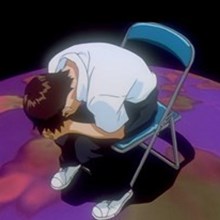 Hi everyone. You can call me Miu or Miusu.

For context, I am a second-year university student studying Secondary Education/Arts (English Major/Creative Writing Minor), I come from a relatively upper-middle-class family and haven't ever seriously worried about fulfilling basic needs like food and shelter of my own accord until I was 'forcibly coerced' out of my home just last month.

My mother and birth father are divorced and have no contact; currently she has a partner and I have a younger brother in high school. I've lived through some nasty domestic disputes, been abused as a child and generally feel like I didn't have a childhood. You can see where this is going.
My mother, her partner, and I have had heated arguments over my choices in how I live my life. I just want to be able to take things at my own pace and commit to studying full-time, but ever since graduation I have been pushed to take on part-time employment in order to learn how to 'assimilate into society'. My mother is unwavering on her stance about this; by her logic, it seems that I have to be constantly productive and have the work-life balance of a fully qualified adult graduate, otherwise I'm lazy, falling behind other more responsible people of my age and will crash and burn as soon as I graduate university. I was told that I was wrong for not getting a job when I promised to, but I felt like I had no choice but to agree, otherwise I feared that I would get kicked out from the tone of our arguments. I was later threatened with this verbatim, but with uni getting busier, I felt too mentally exhausted to find a new job after quitting my last one. I ended up not revealing that I quit, since I felt that it wouldn't be accepted as an 'excuse'.

After many shouting matches, gloomy dinners, my mother being hospitalised for a fall off a ladder and me being caught in my lie, I was told that either I fill 5 days of my week with full-time studying and work or start paying $200/week rent or leave the house. I chose to leave; I didn't want to rent what used to be my own home.
I might have made a bad decision. Centerlink assessed there was no 'extreme breakdown' in family condition, so now I'm struggling to pay rent with just Youth Allowance and one tutoring job ($25 short every week). There are 3 months left on my $250/week lease.

I don't know if this is the right place to ask for such advice, but at the very least I just want to know how to feel less stressed and trapped in my situation.

Sophie_M
Moderator
Options
Hi Miu!
Thank you very much for joining our community - we hope that you will get as much out of your time here as we will be having you with us!

Family conflict is always incredibly difficult to navigate, especially when it comes to capability, desires and future goals. I am very sorry to hear that you have gone through this. It is distressing and incredibly hard on health and study quality. Something we wanted to talk about is any possibility for practical solutions in the short-term.

Please consider reaching out to a financial counselor in your area - you can see your state, and then the local directory, by starting here: https://www.financialcounsellingaustralia.org.au/

It can be worthwhile talking some of these issues through with your uni support staff, especially the counselling team -any decline in health you are experiencing is a massive concern to the uni - as it should be. Also seek out some of the food and welfare support available on campus!

And most certainly do not hesitate to reach out to us - we are here for you 24/7 please call us on 1300 22 4636 or click here to start a webchat. Please hang in there, Miu and please keep reaching out!

Welcome to the forum, and thank you for sharing your story.

I'm sorry for what you have experience. I think you have clear mind and mature independent judgement. I don't see anything wrong that you want to dedicate yourself on full-time uni study. I would do the same thing. However I wouldn't say your mum is wrong either. Her cognition may come from some old ideas or her past experiences. So it's not a question of right or wrong and you don't have to get too hung up on it or hate your mom.

The point is, if you want to insist on your decision which is not supported by your mom, you may have to work out a solution on your own, this is the reality from my understanding. For example, have you considered Higher Education Loan Program (HELP)?

Welcome to the forums! Thank you for being open about your tough situation, it sounds as though this is causing some significant stress on you.

As a fellow uni student, I can completely understand how difficult it is to balance a full-time uni course as well as part-time work . I think there's also a misconception about the degree of difficulty and commitment required to complete uni full-time. I think it's so incredibly hard to describe to someone that doesn't/hasn't attended uni that whilst there typically isn't as many lessons/classes as high school, there is an expectancy to dedicate roughly 10 hours per subject outside of class time to complete necessary activities, assignments and readings. This is often self-guided and managed and can become incredibly overwhelming at times. It sounds like you are trying to give yourself the best opportunity to succeed at uni despite the presence of toxic productivity culture.

I know that most universities have support services for their students, including those experiencing hardships of any nature (financial included). I also know that access to mental health support should be available through uni in the form of counselling. It might be worthwhile trying to explore these support services further. There might also be initiatives in place to make learning accessible for all. It might be worthwhile to discuss alternative arrangements regarding assignments, workload requirements etc. with your lecturers and coordinators. Finally, some universities might also have scholarships that may be relevant.

I really wish you all the best.