How can I help my adult son ?

Hi everyone , I’m desperate and new .

I have an adult son that suffers terrible anxiety & now depression, his life has turned into a train wreck. He sleeps all day & stays up all night , drinking & smoking, never sees the sun . He’s put on so much weight & looks pasty .
the sad thing is he refuses to see this as a problem and just tells me to leave him alone , I’ve had multiple conversations with him . He will not seek help or acknowledge that there is anything wrong . His friends , sister & parents are all very concerned , his girlfriend of 10 years left him because she can’t see any future ( which is sad but I understand her reasons ) this is not new behaviour but lockdown has certainly made it worse . Should I do tough love ? Should I take the door off his room ? I’m scared to leave him the way he is , I can’t convince him to come outside for fresh air let alone come to the doctor with me .
Any advice? 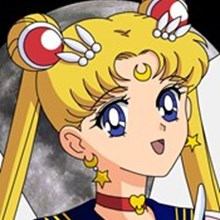 Maybe encourage him to join a support group online. WayAhead is running them quite regularly. I can see there are various times to choose from. Here's the link to their calendar - http://understandinganxiety.wayahead.org.au/events/

If he's not willing to go to the doctor, I don't think anyone can force him. However meeting like-minded sufferers may be the first step to his recovery?

This must be difficult as he doesn't see it as a problem. I think it would be a good idea to not do this alone, you've done all you can and now it's time to reach for support. It's difficult now with Covid but I would suggest bringing the family together (could be a family activity or socially distanced walk etc) to all sit/walk with him and openly discuss that first and foremost you are extremely worried about him and you all want to help him. Ask supporting questions like how does he feel and where does he see himself in 2 years time, this will get the thinking mode on and hopefully he will open up a little. Does he have many friends? Lockdown is massively affecting him i'm sure but i'm hoping this passes soon so we can look at other options to help you.

How have your conversations been with him in the past? How have they been tackled by yourself? Maybe there are some other ways to go about wording certain questions towards him that may help?

It can be extremely heartbreaking when the people you love refuse to help themselves when you know they need it. I'm not sure what the right answer is in helping him, usually there isn't one, but my best friends step mother has used tough love on her foster son - pretty much saying that he has to maintain a job and pull his weight if he's going to stay at home.. a lot of households operate this way. At least this might push him to take the steps to living his life again.. giving him reason not to drink and smoke all the time, sleep all day, be able to get some sunshine, focus on earning some money, so on.

Honestly I think the most important thing you can do is be there for him, let him know you're there to be non-judgemental and supportive, and it's great to see that you have been. Unfortunately I think it's up to him to take this next step, and maybe an ultimatum will help him do that. As other replies have said, you've done what you can and it's time to reach out for support - but it's important for your own health to understand that ultimately he can only receive help if he wants it. We need the people in our lives to be supportive and encouraging with us to allow us to do that, so I think you and the rest of your family are doing their part.

I really hope that your son can overcome whatever it is that's stopping from getting the help he needs.. he clearly has a very loving and supportive family around him and that's invaluable.

Much love, would love to hear from you 🙂

Learn to Fly
Community Champion
In response to Trac
Options

A very warm welcome to you Trac,

You sound so heartbroken Trac and no wonder why. Witnessing a downfall of your own child is one of the hardest things for a parent. Feelings of being helpless, frustrated, trying your hardest to help and meeting one solid wall. Just devastating for you as a parent and for everyone in the family who love your son so deeply. I really feel for you.

I loved Jessicalou’s ideas about trying to coax him into leaving his cave by baking and cooking something delicious, to tempt him with beautiful smells. Loved your daughter’s idea about the music.
What else does he like that might tempt him? Hearing you Guys watching a family’s favourite movie, perhaps? Playing some games from the childhood?

On another note: How would you actually feel about playing the “tough parent” role?
I hope you don’t mind me saying but after reading your posts I get the impression that you are not exactly most comfortable about this option, am I right?

In addition, having your son going through whatever he is going through, I guess it would be difficult to predict his reaction to this change. I am not saying this would be wrong or great, just wondering.

How about setting some firm rules or/and boundaries instead? Something small to start with and slowly progressing further?

I hope you don’t mind me asking: do you have any idea what does he do during sleepless nights? Does he use the Internet? What do you think would happen if you were to limit it?

That’s just an idea about a firm rule: Yes, you can use the Internet but only between 8pm and midnight (for example). In addition, I want you to have a shower and have a dinner with us (the family).

Just to initiate the change that would form a rule but at the same time wouldn’t be perceived by him as a punishment because he would be spending some time with his family who cares so deeply about him.

You will know best how to respond if he manages to do whatever you ask him to do but maybe a smile and a nice short comment would suffice, so he sees it as being positively acknowledged, however, you won’t be making a big deal out of it.

I have no doubts that this is going to feel like taking tentative baby steps but you are so full of love for him and you will manage, Trac! Trust your own instincts, too. You are doing a great job!