Boyfriend has suddenly pushed me away, advice on how to deal with this

I am new to the Beyond Blue forums. I have been with my boyfriend for just over 18 months. Everything was wonderful and sweet, amazing in fact. I knew he had past issues with his ex wife related to anxiety and depression particularly as a result of the marriage breakdown. He is a guy who wears his heart on his sleeve and has no problems showing his emotions. We love each other very much. After years of failed relationships, I felt I had found my soulmate. He said he did too. We spoke of moving in together to his house, that was his suggestion to start with. I have an 8 year old son from a previous relationship, he gets on very well with him. He doesn't have children of his own.

That all came crashing down about 2 weeks ago. He turned up at my place, unexpectantly, obviously not himself. Said he felt depressed and anxious, didn't know why. Said he was freaked out about us moving in, wasn't sure if he was "ready to be a family man, I'm not good enough for you, I don't want to be a burden". Was completely taken aback! Said we can wait about whole moving in thing, put it on the backburner. I hugged him and said I loved him, reassured him that I was there for him. He said the same. He stayed the night, but I woke up about 3am the next morning and he was gone.

We spoke the next night, everything seemed normal. I did ask during our conversation if his visit the night before was about wanting to break up, he said yes and no (???). Again he seemed OK, his normal self. I said I loved him and he said the same. That was the last I spoke to him.

I have tried calling him, he won't answer. Have sent a text message yesterday to say I'm thinking of him and will be here for him if he needs time. No response. What do I do now? I want to help him, be there for him, but I also need some clarification on where I stand. Am absolutely heartbroken.... 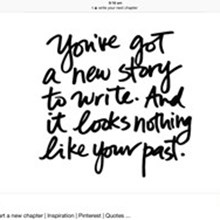 Sorry to hear what has happened. There is only so much you can do ..without further pushing him away.

Maybe give it some time, I think he will call you back. You can only help people who wants to be helped.

take this time for yourself ...it is important that you look after yourself than worry yourself sick about it..thinking about all the "what if" situations.

Try a mediation video..to relax ."jason stephensen meditation sleep" ..just search him up on youtube...i found him to be very useful when I was going through my difficult times..most soothing and help gave me some clarity.

Do take care for now and keep in touch 🙂