Talking to your inner critic, can it be tamed?

Do you have an inner critic ? Have you ever tried to talk to your inner critic. This is what happened when I tried. In my Be yourself thread people asked about how I interviewed my inner critic. So here it is.

This is adapted from a writing exercise to interview your inner critic about one's writing. As my inner critic has an opinion all aspects of my life I decided to broaden the scope of the interview.

Me: I welcome (well I don't really) this opportunity to find out why you always need to have an opinion that is always negative about me and my life.

IC: I thought this was going to be a friendly interchange of ideas but there you go with your anger and hostile remarks. I do not see myself as negative but as helping you, because you do need help.

I am here to help you why can't you see that?

Me: So when I am trying to sleep and you tell me about all my mistakes, embarrassing moments, how does that help me?

IC: I thought while you are in bed you would have time to consider some of your past behaviours. This I feel will only help you to improve.

Me: If you are so helpful why do I feel so worthless, so sad, so ignorant when you are around? Do you really know how low I can feel when you are constantly telling me all my faults?

IC: You make yourself feel that way- I am merely pointing out the truth. It is not my problem that you are so weak.

Me: Maybe this was a bad idea you are never going to listen to me or understand me.

IC: Have you ever thought that maybe you shouldn't listen to me if I upset you so much.

Me How can I ignore you when you are so loud at times.

IC: See this is what I mean you are so weak. You have the power to ignore me, to silence me but all you do is whinge and complain.

Me: I am ending this interview. Enough is enough. 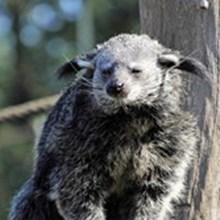 I just wanted to share something because I was talking to my psychologist about the inner critic a few weeks back. She said that we have 2 inner critics; the demanding self - who expects you to achieve certain things - and the punitive self - who puts you down. She said it is useful to consider what the demanding and punitive selves are saying to you and then make a list of things about yourself that could argue against them.

For example, my punitive self is always telling me that I am lazy and not good enough. But in my list I have written that I always try my best and strive to be a good person. It can be really nice to have a list of all of these things to look at when your inner critic rears its head. It reminds you that you have some wonderful traits 🙂

Welcome Alice to this thread and thanks for a most helpful and informative post.

I have heard of 2innet critics but usually a critic and a positive so I am interested in the idea of a demanding and punitive one.

A few of us have had conversations written letters to our critic and is is helpful like you have said to challenge what the critic says by making a list.

Sometimes we feel so down that we agree with our critic butnis good to have a list to use when we are not up to challenging.

I am thinking about my demanding critic is that the one who says I am not good enough that I could have tried harder or is it demanding in other ways, demanding to have my attention and make me question things that go right.?

Thanks Alice, really enjoyed your thoughts feel free to add posts any time.

.I am thinking what do people feel their demanding critic does and how does it differ from the punitive one?

Are you critics quiet or loud and annoying?

I was thinking about what Alice mentioned about having two inner critics, one that is demanding and one that is punitive.

Someone else mentioned having a kind critic that was helpful.

I wonder do you have several critics, or just one , or one who can be helpful as well as negative as well questioning.

I am interested to hear about your critics and their personalities. 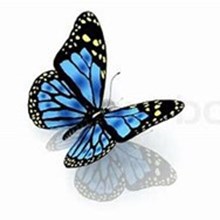 Thats an interesting question, my mind is thinking straight at all so cant quite give an answer, but would be good to hear others views..

hello everyone I hope your critics are sleeping.

Starting New, Thanks for your post. I hope you get your mind back on track soon.

I wonder do you have several critics, or just one , or one who can be helpful as well as negative as well questioning.
I am interested to hear about your critics and their personalities. 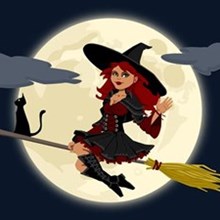 I used to be very self-critical, like all the time you're so fat, you're lazy, you laugh too loud, that person hates you etc. Now it's not so bad as I've learned (taught myself I guess) to be as accepting of myself as I would be of anyone else. Would I reject another person as a friend for saying one thing I didn't agree with? No, so I can't reject the same thing in myself. Do I think people are useless if they are overweight? Of course not. So that must mean I'm not useless just because I'm not thin.

So I guess now I like to think my punitive critic gets short shrift when she shows up. I dropped my husband's electric razor this morning while moving it. I think it's broken and once upon a time I would have berated myself all day about how clumsy I was until I was reassured by him that it was just an accident. Now I tell myself it was an accident, that it doesn't make me a bad person to have dropped something. It's very liberating to be free of the constant self-flagellation I used to do.

There are still things about myself I don't like of course, some I can change some I can't (hate my nose, always have lol). When I do something I wish I hadn't I apologise where necessary, or clean up as best I can and move on from it, rather than get stuck in that one mistake. So I guess my inner critic is much more chill than she used to be.

As for a demanding critic...I guess this means the voice that makes you get up and go to work when you don't want to and stuff like that. I like to think of her as the 'motivator' rather than the critic. She says 'you've done this before, you can do it again!' & 'You're doing this for your family because you love them', which to me tend to be more positive thoughts.

Not sure I've made sense I may be rambling, sorry lol. I forgive myself though, as I would forgive anyone else for rambling at 4pm when the work day has killed the brain cells.

what a well thought out answer describing your critics.

i often drop things and then start telling myself how clumsy I am. I do know that my medication makes me drop things so I often try to use non breakable objects.

i feel our critics are on autopilot and they say things before we can even think if it is logical.

i like the way you rationalise your feelings and think how you would treat a friend.

Thanks for your answer it has helped me. 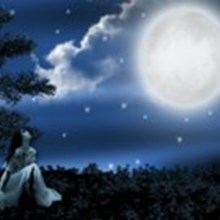 recently my Gentle Critic decided to speak up for me and as she spoke her message so clearly I wrote it down so I wouldn't forget it..I have it stuck on the inside of my wardrobe door to read when the other critics get too unkind.....this is what she said

" I will look after you now. I've got you now. You are taken care of now.

You are in safe hands now. I love you and will never...ever...leave you"

That is so moving.

I will cut and paste it and put it on my fridge if that’s ok,

I am so touched I am speechless. 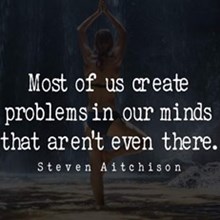 My IC is taking over a bit. GW, i like your post, Moon, yours is so lovely.

I too have noticed that when my IC tells me that people are saying/thinking negative things about me that it is actually me thinking these things about myself. It is me judging myself.