Movies and literature on mental illness that resonated with you 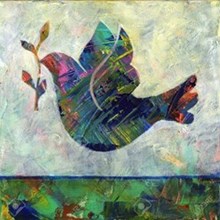 I thought we could do a thread about movies, books, poems, songs etc. about mental illnesses that you feel you could relate to, which kept you going even when times are dark, or which make you feel less alone in your struggles. I hope that by sharing these, we can build up a collection of movies and literature that members of our community can relate to as well. I'll start:

Guest_1643
Blue Voices Member
Options
sadly it has taken so long for the mental health system to update and acknowledge people respectfully. To use strength-based models. Sounds like Janet Frame was ahead of her time.
1 Support
Follow Post Report Post
Reply
orangejuicewithpulp
Community Member
Options

The one movie that manages to temporarily cure my depression every time I watch it is Lars and the Real Girl. It's a sweet movie with a bubbly soundtrack where Ryan Gosling plays a recluse who falls in love with a sex doll. It sounds like a cynical comedy on the front but it's really a lovely film about opening up and letting other people in.

Similar movies, though not specifically centred around characters with defined mental illnesses per se, are Amelie, Chungking Express, Sideways, Eternal Sunshine of the Spotless Mind, and Three Colours: Blue.

There are also some other good movies that focus on socially anxious characters that I enjoy: Punch Drunk Love, Ingrid Goes West and Eighth Grade.

A beautiful mind (2001) is a movie that explores how our own mind is the best friend or the worst enemy.

There is a show starring claire danes as a secret agent I think who has bipolar. I have never watched it heard about- think it is called Homelands. Has anyone seen it.

Matchy69
Blue Voices Member
Options
The movie Girl Interrupted was recommended to me to watch by a girl I met in the mental hospital as she had borderline personality disorder and she told me Winona Ryder character reminded her of herself.It gave me some insight into what she goes through in her daily life.
0 Support
Follow Post Report Post
Reply

Guest_1643
Blue Voices Member
In response to Matchy69
Options
Hi Mark it is a great movie and I'd also recommend the book - it is a memoir written by Susanna Kaysen and I related to some of her story.
0 Support
Follow Post Report Post
Reply

Matchy69
Blue Voices Member
In response to Guest_1643
Options
Hi Sleepy yes I knew their was a book but haven't got it yet.It would be an interesting read.I unfortunately no longer talk to my friend who had Borderline personality disorder.I get a bit emotionally when thinking of her and hope she is doing ok.
1 Support
Follow Post Report Post
Reply

Guest_1643
Blue Voices Member
In response to Matchy69
Options
i was just in hospital myself and met some people I cared about a lot too. Unfortunately I cannot be friends with them either at this point as they are not able to because they are in acute crises and so am i - so we'd not be a good match. It hurts my heart too as I cared about them deeply. I know some people maintain friends from hospital stays but sadly a lot of times it doesn't work out. Sorry about your friend and that you couldn't continue the friendship;
1 Support
Follow Post Report Post
Reply

Matchy69
Blue Voices Member
In response to Guest_1643
Options
Thanks Sleepy it's very hard for me as it was completely my fault as I was having another breakdown not related to her.I just wish I could have done things differently.
0 Support
Follow Post Report Post
Reply