Where to meet young gay guys?

TL;DR. Where are straight-acting gay guys 18-29 in Melbourne?

I am 22, gay and from Melbourne. I went to a moderately-conservative all boys school and I don’t know any gay people. I also don’t have any good friends anymore, just acquaintances. I mean, there’s people who like me and ask me to hang out, but I don’t feel like I belong. I’m trying to find new friends but that’s besides the point.

The main point is: I want to meet some gay people my age to be mates and maybe more.

Tinder = failed. Honestly, I don’t find most guys attractive because I have a pretty defined type. And on top of that, I’m pretty masculine and looking for the same. I could be friends with fem guys, but unlikely for a relationship. And the very rare time I match with a guy who is my type, the conversation fizzles out because I suck at small talk.

Grindr = oh my. I got hundreds of messages but half were creepy 50/60 year olds. The other half just wanted to have casual sex with anything right that second.

I went to a gay bar a few times with some girls friends, but it was just lots of old ugly men who wanted me as a sex toy.

I have no friends, no romantic prospects and I feel kind of lonely. Im not one to dwell or resign to a situation. I am determined to do something about it. This isn’t working, and something I’m doing is the reason it’s not working. But I don’t know where to start or to look next...

Where do you meet young, straight-acting gay guys around my age? Do they even exist?

Thanks. I know everyone’s dealing with their own stuff so cheers for taking the time to help me.

welcome to the forums. Unless you're one of those really outgoing people that can talk crap to anyone - it can be hard to meet new people. I don't know much about the gay scene - I only came out in May last year and am still trying to work out exactly who I am and what I want. I'm just 'out' and happy being me. I've checked a few of the apps but agree, it seems everyone is just seeking the "here & now" - it'd just be nice to hang out rather than have other expectations.

If you are into sport - then google Team Melbourne. It is Melbourne's Home of LGBTIQ+ sport and rec. It lists a number of different clubs available. The clubs do encompass all ages, not just 18-29, but it's a start.

You can also check out the MEET UP app. This isn't a dating app, but rather a place to find people with like minded interests etc, and there are quite a few LGBT groups on there - all stating they are friend/social only - but of course, if things work out....

Good luck, hope you find the group you are looking for, its important to have friends that you can trust, who have your back no matter what, and want nothing in return but for you to have theirs too. 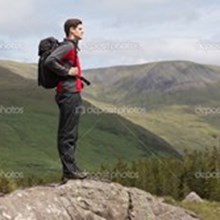 marcus_c
Community Member
Options
Hi Alittlebitlost, I can hear that you feel pretty isolated and maybe even feeling some desperation to make connections with guys you feel you can click with.

I can also feel a lot of judgment in your post: you're only interested in a specific 'type', they must be 'straight acting' (not sure what that means, tbh). It also sounds like you're not short of opportunities to be making friends, but you're turning them down.

The process of finding out who you are is going to take some time. Try to sit back and be open to the possibilities around you. Sometimes the more you try and make something happen, the less likely it is to actually happen.

You're living in a time and are part of a generation that has access to opportunities that gay men before you did not. Being creeped on and getting unwanted sexual attention is not acceptable. But it is actually possible to have intergenerational friendships that are just that, and you can learn a lot from guys who have already been through what you're going through now in a time when things were a lot harder.

Creating your own social circles based around things you're interested in and passionate about will bring you into contact with like-minded people, and (statistically speaking!) some of those will be gay. Just some food for thought.
2 Support
Follow Post Report Post
Reply
Alittlebitlost
Community Member
In response to marcus_c
Options

What you’re saying is completely wrong. It’s not judgemental to have a type. You know exactly what straight and gay acting means, it’s just not PC to admit it. I’m attracted to men, so why would I be attracted to a guy acting like a girl. It’s preference. In the same way it’s not racist to prefer pizza over sushi.

marcus_c
Community Member
In response to Alittlebitlost
Options
I think I understand what you mean. Straight acting = guy who acts like a guy. Which must mean that you think "gay acting" = guy who acts like a girl. Given that you're gay, what does that say about you? There's quite a bit of self-hatred in that statement, don't you think? In my experience, people tend to be attracted to those who are comfortable in themselves, and it doesn't sound like you're quite there yet.

It's not judgmental to have a type. But by your own admission, you're struggling with isolation and loneliness. Maybe it's worth you considering why you're restricting yourself in this way, and if that might be because of the kinds of signals you're sending out into the world. People aren't types of food, they're not there to be consumed; might be worth reflecting on that too.

Best of luck and take care. 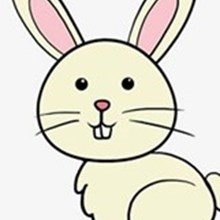 Without giving away too much, I am also a gay male from Melbourne and I totally understand where you're coming from. The gay scene and dating apps can be extremely painful at the best of times. I don't think it's about where you start looking to find these types of people you're searching for but maybe finding inner contentment within yourself to allow yourself to meet people that you are not interested in. You mention that some of the gay guys at clubs/bars, were old and ugly. Well that doesn't mean you can't befriend them. I have a few much older gay friends who are full of wisdom and I quite enjoy their company. However there is no sexual chemistry whatsoever, the friendship is great and i'm content and happy with that.

I think the more we look for a relationship, or envision what our perfect match should be or our social status should be, the more we set ourselves up for failure. Try not to have expectations of people and become open minded and engaged with people that are friendly. Set boundaries so there is no awkward scenarios. And when you're least expecting it, someone will likely walk into your life and surprise you.

In saying this though, I think every gay man experiences what you are going through, so you're not alone.

The other members on here have suggested a few other alternative places to meet people that may be more likeminded, you should look into them and see what they have to offer. But yeah, definitely don't give up, hang in there. Keep doing you and moving forward. Prince charming is waiting for you somewhere 😉

Perhaps I can help explain the prevalence of "unwanted" interest from older gay men?

Despite your particular fantasies about hot young men, there are actually some gay youths and young adults who have a reasonable preference for more mature partners. And there are certainly adult gay men who have a persistent preference for teens and twinks, based perhaps on the trauma of growing up gay, very much as you describe it.

Both may want to connect for friendship and/or intimate relations.

In general, the meetup resources of the gay scene quite accurately reflect your own post, being extremely age-discriminatory: creating extreme difficulty for younger and older men who want to find each other.

I realise you think your goal is to find some kind of perfect twink.

I don't really care how that works out in your case. I do hope my input helps inform you and everybody like you.