Out of the blue, my gf of 5 years broke up with me

Sorry for the length, but I really need some support. Please...

My girlfriend of 5 years broke up with me a week ago, totally out of the blue. Everything was great between us, we were always happy to see each others and had a good time. We were talking about our future pretty often too. We are both 23 and were not living together yet, but I was pretty much over at her place all the time. We were supposed to move out together in a year or two. I am still in university and she finished her degree 3 months ago, now working full time. We were planning a euro-trip for this summer and everything was good. I got home one night and she broke up with me, told me she was deeply unhappy, that she saw me as her best friend and family but that she wasn't able to have those romantic feelings anymore. All of that in 5 minutes, then she left and asked me not to contact her cause she didn't want to doubt her decision. She told me if we were meant to be we would end up together but for now she wants to be alone.

I'm not 100% sure that she is manic-depressive, but after reading a lot of stuff, I think that's what it is. We've been together for a long time and it's not the first time something like this happens (even tho this is the worst time). And it's almost always at the same time of the year. The first time was 2 years ago, she tried to break up but changed her mind an hour later. Then last year (also in March), she was studying abroad for almost 6 months so we were doing long distance. I went to visit her for 2 weeks and while i was there, she broke up with me but we got back together the next day. She apologized a million times for that, felt super bad, cried and told me she was so happy that I waited for her. Then now. I don't know if it's possible, but I kinda see a pattern.

Also, the same reasons always come up... ''I'm not happy with myself, I am lost, I need to figure out stuff on my own, it has nothing to do with you, but I don't think we are meant to be...''. It doesn't seem to make sense for me, cause she always told me she loved me, that she wanted to have a family with me and that I was the love of her life. Even a week before the break up, she told me before falling asleep that being in my arms at night was her favorite moment of the day.

After reading on the subject, all of her reactions and mood swings make so much sense. She used to sometimes scream at me in a very irrational way, for insignificant stuff (for example not getting a plate to eat a cupcake, or not noticing a red spot on her lip...). Also, she rarely wanted to go out with other people and didn't really have friends. Sometimes we would get ready to go somewhere, she seemed excited to go, but then when it was time to leave, she used to tell me to go alone cause she wasn't in the mood anymore. Her self-esteem was very low too, she used to tell me stuff like ''I don't like meeting new people 'cause I never know what to say, and they would probably think I'm boring anyway''.

She's a stressed person in general. In the last year, she also gained quite a lot of weight and had unexplained pains in her stomach (she saw more than one doctor and they were not able to detect what it was). She was always tired and didn't really have motivation. She didn't like her body and we didn't have that much sex.

After the holidays, she told me she was unhappy and sometimes had suicidal thoughts. Stupid me, I only cuddled with her, telling her not to think about stuff like that, thinking that it was only a phase and that it would go away on its own. I didn't do anything about it.

I don't know if the fact that she lost her mother at a young age (14) could have something to do with it. She died from cancer. She used to see a therapist 1-2 times a week for a couple of years. She stopped therapy a year after we started dating, saying she was now happy. Also, the fact that she is bisexual... when we started dating she told me she felt bad and that it wasn't fair to me that she was sometimes attracted to guys, that I should deserve someone who only wants me. But I told her it didn't matter 'cause I could be attracted to other girls, too. Anyway.

So now, we've been broken up for a week. She asked me not to contact her so i did not. But she texted me and called me yesterday (so 5 days after no contact), telling me it was too hard not to talk and she wanted to know how i was doing. That she would understand if i didn't answer. I did not. But I sent her an email 4 hours later, saying i was doing ok and that i was ready to support her in any possible ways. Now she wants to meet next week to talk.

I really want her back cause I love her with all my heart, and I know what a great couple we can be. I would marry this girl on the spot. I also want what is best for her and I want her to get better. What should I say to her next week? Should I focus on me being there for her and leave the relationship part aside?

it is so understandable that you are trying to make sense of very confusing messages being sent your way. Your girlfriend is certainly a confused young person with a lot of internal conflicts, sexuality just being one of them. (I am not saying that bisexuality is a confusing state. Some people choose to be bisexual and that's ok. It's only if the person is confused and struggles to be gay or straight and is haunted by a need to decide)

its terrific that you have been able to see and suspect that her struggles might have a mental illness component. Wether her confusion and struggles are part of normal life changes and challenges or something more serious is something you could bring to her attention if you decide to meet up. Helping her see that she might need to seek more help to resolve her inner confusion is the best you can do for  her as well as yourself.

you have some challenging times ahead. That is, where do you figure in all of this? You have already invested quite a lot in this relationship with your desire to share a future together and your love for her.

Thank you for sharing your story. I would be really interested to hear how you propose to navigate this journey. Kind regards Vera 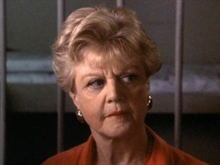 JessF
Valued Contributor
In response to Vera55
Options
Hello chloe, I agree with most of what Vera is saying with the exception of the bisexual part. I think this is a red herring. People don't choose their sexuality, and I think perhaps your girlfriend is unsure about whether she really wants to be in a relationship at the moment.  Consider what she said at the start of your relationship, 'he felt bad and that it wasn't fair to me that she was sometimes attracted to guys, that I should deserve someone who only wants me'... our feelings of attraction to other people don't just switch off, regardless of whether we're attracted to the opposite sex, the same sex, or both.  You have had several on-again off-again moments over the past 5 years which sound quite dramatic and stressful.  It's wonderful to care for another person, but at the same time sacrificing your own health and wellbeing in the process will put you in a world of heartache. I have never put much stock in the saying 'if it's meant to be then we will be together'. There has to be a desire to make things work on both sides.
0 Support
Follow Post Report Post
Reply