I came out as trans some time ago, I've been wanting to transition but it's very hard to talk about it with my mum and I'm not sure how to continue

Hi, sorry if I've doing this wrong, I'm new here. I came out to my mum as trans six years ago, her response was somewhat negative, she didn't try to kick me out of the house but she was in denial about it for the rest of the year, if I ever mentioned it she would just leave the room, we had a good relationship before and after that it felt strained and I felt guilty.

Over time she reluctantly agreed to help me make an appointment with a gender therapist, there was a very long waiting list though and I only managed to start seeing them in 2018, I was given a prescription for HRT after several sessions, but I didn't feel like it was the best time to transition, because I still felt guilty, I still wanted things to be better with my mum, I was nervous about the potential side effects, confused about how to use a repeat prescription (my first time being prescribed lifelong medication) and I was nervous about transitioning at my university, I bought the medication and I had it sitting in my bedside drawer but it's expired now.

So I planned to wait until the end of 2019 when I had graduated from my degree, which I regret, because the bushfires and covid-19 happened almost immediately after, also my cat became very ill and that was a very distressing ordeal, he has recovered though, I'm happy to say, and things did start to get better between my mum and I, but I still want to transition.

I've never stopped wanting to transition, I don't feel differently about it after years of waiting, I still feel really bad dysphoria and I can't think about anything else, but I've been putting others before myself and holding it off for a long time, even after coming out, and it seems like there's never an appropriate time to discuss it, and now it's the new year, I really want to restart my appointments, I don't want to waste more time, but my main concerns are:

1) How do I start talking about this with my mum again? At least this time I know how she'll react, it's not as daunting as coming out the first time was but it's still hard for me to bring it up again.

2) Will my psychiatrist and endocrinologist refuse to prescribe HRT to me a second time because I didn't take it the first time? Or additionally because I didn't make another appointment with them for more than a year?

3) How does a repeat prescription work? How do I renew it once it has reached the expiry date and ran out of refills?

I don't know if this is the most helpful 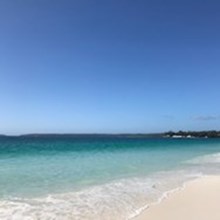 Welcome to the forums, I am really glad that you have felt able to reach out.

I am really sorry to hear about what's been happening for you. It sounds like the past few years have been especially difficult. I can hear that you are really struggling to put yourself first, but I think it is essential that you do what feels best for YOU - your health (physical, mental and emotional) is so important. Does your mum know that you are still wanting to transition? Do you feel that the improvements in your relationship with her may help make her a bit more receptive to listening to your concerns and hearing you out? I understand it must feel so hard, but do you feel able to try to sit down and talk to her about this? Or maybe is it easier to write down what you want to say instead and give that to her i.e. in writing? You don't need to answer all of these, it is more to help you brainstorm. I am unsure about HRT prescriptions - I think it would be worthwhile making an appointment with them to discuss your concerns and let them help you make the right decision going forward. When you get a prescription, you get the prescription filled at the chemist. The pharmacist/chemist usually lets you know when it is your last repeat, at which point you need to return to your doctor to get another script. Does that make sense?

Also, I would really encourage you to have a look at QLife (https://qlife.org.au/) if you have not done so already, they are a great resource, and may be able to give you some advice and support with talking to your mum.

You may wish to have a look at the sexuality and gender identity thread on the online forums (https://www.beyondblue.org.au/get-support/online-forums/sexuality-and-gender-identity) too. Please do not hesitate to reach out on these forums as and when you feel up to it CJ97, we are here to listen.

Thank you so much for the suggestions

Andx Yes that makes sense, so to renew the prescription; I'll need to see my doctor again. And thank you for the links, I'll check those out

I think she's aware that I still want to transition, and I do feel like she might be more receptive now that she's had time to adjust, but sitting down and talking about resuming the appointments still seems daunting, the other thing I forgot to mention is that she's been working from home since 2020, and that takes up a lot of her time as well, so maybe writing it down would be more helpful, but I'll check the link to QLife if it has some advice. thank you so much