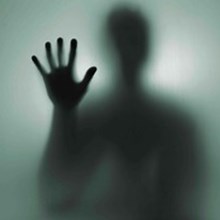 Guest_829
Blue Voices Member
Options
Wondering if anyone out theres struggling with thoughts that they may be asexual, and would like to talk about any problems they are experiencing with it . I'm no expert and can only speak from personal experience, so if anyone is having a problem with their asexuality I'll be more than glad to help you, as best I can
0 Support
Follow Post Report Post
Reply
8 Replies 8 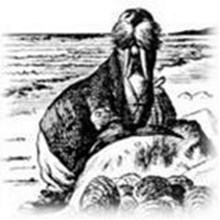 I wonder about the persistence of asexuality in some circumstances. While it may well be a permanent thing one is born with there may well be, as I would expect you know, other causes.

Unfortunately this state does not come with a handy label describing it's nature and it can be very hard to work out what is 'me' and what is a reaction to facets of one's life.

As I became worse with PTSD, anxiety and bouts of depression my interest in intimacy dropped to zero and remained that way for quite a long time. At the time I was not realy aware of my illness and as a result put it down to just me.

Not good for my relations with my partner, who at first thought she was to blame. However when diagnosed it became a little easier for her as she could see it was a symptom and no reflection on her, or my love for her.

Like you I can only talk from my experience. A desire for intimacy can be a fragile thing, and appear to be totally non-existent, which may in fact not be the case.

I have read your posts over the last 18 months or so and wonder what you think. I did read you endured a bad childhood and also had PTSD and troubles with anxiety.

May I ask how your studies are going?

Guest_829
Blue Voices Member
In response to Croix
Options
Thanks for getting back to me.its a tricky subject still for a lot of people.its brilliant theres forums like this for people out there in the community to talk to others.and my studies..I got pneumonia at the start of june this year which lasted for 4 months, and unfortunately I've got a little bit of brain damage from the first month of ridiculous fevers.luckily I had enough sick leave to get me through, and a understanding workplace.my Dr said I'll have short term memory loss, and some brain damage from the pneumonia. I've had a re-read of some of the study units I've already completed, and I can't remember whole subjects.have to go over some things again.could be worse.i've got this far.thanks for asking though, I appreciate that
0 Support
Follow Post Report Post
Reply

Guest_829
Blue Voices Member
In response to Guest_829
Options
And its really interesting you mentioned PTSD, anxiety, and depression, because we both have these.did some google search's on asexuality after I posted this morning.i can't remember seeing these in there as commonalities people have, but it's got me thinking now.
1 Support
Follow Post Report Post
Reply

Well getting that fever sure was a setback, however I would imagine you can make up for lost ground in time, most institution are very happy to defer on medical grounds.

I am not a doctor and am therefor not qualified to say much on the subject of sexual dysfunction and PTSD/Anxiety except to say firstly in my own case there was a most definite link obvious in hindsight. My psychiatrist at the time held to that view also.

I had a quick look at several reputable medical organizations and found that this area of PTSD is not addressed as are other areas and the mechanism is not well understood. I'm reluctant to go much further with this conversation as I'd hate to give anyone reading wrong ideas. The best advice is always to seek the advice from suitably qualified medical professionals who practice in this area.

I guess two obvious areas are people that treat those who have had the same childhood experiences as yourself and the military.

I mentioned the possibility at the start because I'd not want anyone to think such an important part of life should be written off without thorough investigation. The effects of mental illness are insidious, may be long lasting and can easily be mistaken for being just part of life, which was one of my mistakes.

I'm glad your workplace is accommodating, it must take a load off your mind

Guest_829
Blue Voices Member
In response to Croix
Options
Im truly fortunate that my workplace allowed me to have 4 months off sick.i had the sick leave built up as well, which helps.i hope their not the exception and other businesses look after their staff.your a great source of information, and I like the way you see things.like you I can only speak from my own personal experience, and it wouldnt be the same for everyone, but its good researching this stuff and chatting with some one like you.it took me years to figure out what was going on in my head, and I stumbled across a lot of this doing study for various mental health issues.theres only so much you can say publicly, so I'm with you on that. I figured a lot of this out in the last few years.i wonder if you were helped from the beginning by professionals, and got good advice, or did you come to this late as well? Feel free to not answer anything, it feels a bit intrusive asking questions
0 Support
Follow Post Report Post
Reply

I think you are pretty lucky to have an employer like that, many government departments will go a long way to help, and some private industries, however sadly it is not always the way.

I suppose the reason I'm a source of information is that I've had a lot of time to come to terms with my condition, a series of accommodations which allow me to live a pretty reasonable life.

You asked if I had professional help from the start, unfortunately no. The most important point of what I'm trying to get across is that it is very easy to simply think things are due to one's own makeup. I struggled on for years not realizing I had what is now called PSTD, anxiety and depression and did not have proper professional help until far too late, becoming unable to function properly and being invalided out of my occupation.

As a lack of interest in intimacy was part of my symptoms at the time, and I thought it was just my basic nature, I would not like others to go down the same path, to later find it was not them, but the illness.

I'm afraid Dr Google is all very well. Used intelligently as an adjunct to professional help it is fine. By itself however it can be totally misleading. As an example one can look at the believed causes of flashbacks, nightmares and so on, and even find ways people have tried to deal with them. I do things like this and discuss their accuracy and relevance with my psychiatrist.

What is not fine is to self-diagnose based on one's own perception of one's state and then act on it as if proven.There is a lot on-line dealing with PTSD, anxiety and sexual dysfunction, however I'd not rely just upon that.

Reputable institutions do publish papers and findings, however without the experience and training to see them as firstly reputable and secondly the ability to read them in context one can easily go wrong. An example would be a university which published a paper setting out that a series centered around a teen suicide had positive social value. It turns out that the study was commissioned by the distributor of the series.

To croix, I'm like you in that I've been experiencing PTSD issues all my life and can become a monster when im grabbed from behind (for something innocent like a random hug from someone) and sudden loud noises could make me explode into this psychotic violent rage.all my life ive sat facing doors without realising im doing it, and even as a very small child I can go somewhere in my head when something becomes unbearable, or painful, and I'm distant and cold, and all these other wonderful qualities haha.a good friend of mine, who also worked with me, pionted some things out to me a few years ago that made me read mental health and disorder books, and like you said that Dr google can be a blessing sometimes.the asexual realisation is a recent eureke moment . I've felt like a freak and the odd one out all my life, and ive always assumed it was because of my childhood trauma.i've had relationships, some of them for a few years at a time, and I've always gone along with it because its expected, and I wanted to fit in.i've been so private and never told anyone in my life about the stuff that was going through my head.its now I realise thats wasnt the nicest, or fairest thing to do to someone your sharing your life with.at the time I didnt trust anyone, and I couldnt put the stuff I was experiencing into the right words to adequately get across the extremity and all consuming darkness of what I was feeling.

I wonder how many people out there are suffering in silence, putting on this brave, no show emotionless poker face because they dont want to upset anyone, or bother them, or are just drowning in the horror of it,and still not showing it.

Your partner sounds wonderful, and It must be differant and scary, amazing, reaching this piont.its differant for me now knowing this stuff has a name and a set of behaviours, and theres other people like you out there who can understand what I mean when I say something.i still keep this to myself (other than my friend who helped me wake up to this), so im reading everything on these things I can get access to.not everyone agrees on the same methods, Symptoms, causations, triggers, and Treatment. You know what im getting at.thanks again for replying.

Yes my partner was wonderful, she was a nurse and worked, looked after the family home and our offspring, plus me. She had her mum close handy to hep, but it was a huge task even so.

Many years later I was able to look after her when she had a protracted terminal illness, and was grateful for the opportunity.

I'm sure many people have a mask, be it poker faced, jolly or wahtever. I guess it can help a bit, but as you are saying leads to isolation, and no that's not really fair -on either party.

I also understand the seemingly purely physical reaction when disturbed, in my case when preoccupied by the past. I used to worry I'd act violently and hurt my partner, but never did. For me a smell, rather than loud noises, same principal I guess.

If you don't mind me sayng so reading your posts I get the impression it is not just lack of desire for intimacy, but of closeness too. You are thinking deeply about your state and perhaps in time the lack may change. Because my problems started later in life, not childhood, I could look back on a time before I became ill as a yardstick to know what I needed and was capable of.

I never explained all in one go, it came apparent over time.