What the hell is wrong with me?! 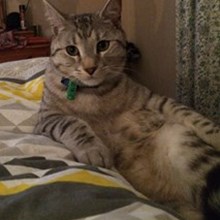 I've been with my husband for 11 years, married for almost 4. This morning he absolutely lost it at me, really lost it. He told me that I make him feel like he's the worst person in the world, that I turn everything into an argument and that I have a horrible attitude. Last week I was having a meltdown due to the hatred I feel for my job and later that day I got a delivery of flowers to cheer me up...they didn't. All I could think was "why did he do that, what has he done?" ...and then I accused him of being guilty of something to have done this for me.

I have no self worth at all and find it hard to believe that 1) I have a husband and 2) he's still with me. I feel horrible for how I treat him, I feel as though I'm going to push him into the arms of someone else, someone who is happy in themselves and will make him feel happy, someone who is everything I'm not. I don't want to keep hurting him or myself. I don't know how to accept nice things for what they are and not think that it comes from something bad. I don't know how. I don't want to lose him, I don't know what I'd do if I did 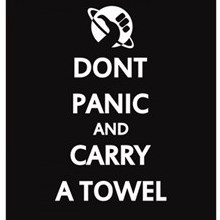 It sounds like your husband had what's called a "victim puke". Basically he's been bottling things up for a while and something seemingly minor has caused him to lose the plot and take it out on you in well a vomit of rage... Generally they're not an advisable way of going about things and not nice for you, however you need to look at why he did this, which you've done. In his mind he appears to be genuinely concerned about what's going on in your life and he does things like sending you flowers when your upset. Your reaction obviously was not what he expected and I'd say similar episodes have built up to this morning's little episode.

Now I'm no mental health professional but your issues with self worth and difficulty accepting gestures with seemingly good/nice intent is something you need to address with a professional (I'm not sure if you have done so already?), because ultimately you will lose your husband or like you said he'll have an affair.

The good thing is that you are actually aware of how you are treating your husband, next step is to do something about it. I'm not saying at all that "it's just you" - there are always two sides to any relationship, however talking to a psychologist about these things would be a good place to start.

How did you resolve the incident with you husband this morning? Or didn't it resolve?

On a bit of a tangent, there's a book called the 5 Love Languages (you can get it electronically too) - might be worth finding out what his love language is and speaking that to him??

Krunchy
Community Member
In response to Apollo_Black
Options
Thank you for your reply. It's currently unresolved. I went to a very dark place in my head this morning after that fight and felt even more worthless than usual, I decided to go to the doctors today and tell them everything and lucky me gets both a psychologist and a psychiatrist. I've gone to the docs before, I've been put on medication before but I always stop taking it and have never had proper treatment but today I decided that I didn't want to keep going down the same path. Fingers crossed.
0 Support
Follow Post Report Post
Reply

Hey Krunchy, can I just say, good on you for taking action. I admire you for your courage to do as I appreciate it can be really difficult.

Also, I know it probably doesn't help right now, but you are NOT worthless. You have a loving husband and you can turn things around. Tell your hubby you're doing something about how you feel and I'm sure he'll appreciate that. I didn't want to come across as harsh with what I said by the way. I'm really pleased you've taking action that's great. I know how you feel about work to by the way...