Parents Of Adult Children, Did Any Of You Cut Your Grown Up Children Out Of Your Will? 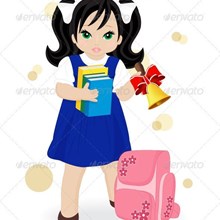 Struggler
Community Member
Options
I am contemplating just that, removing my younger child from my will.  This is not just a fleeting thought.  It has been on my mind for years.  I think this will also help reduce sadness I feel everyday.

Interesting post.  My mother was cut out of her fathers will. She had a brother that was left everything. My mother took it to court and got a settlement...a win.  But that was because she flew over to Tasmania several times to nurse both her parents when they had strokes and the like while her brother kept working his farm.

And that is my point here. If the child hasnt has any positive input into your well being and perhaps has has some destructive influence etc then you have every right to do what you suggest.

Having the same blood doesnt give her automatic rights to any of your estate in my opinion.

Struggler
Community Member
In response to white knight
Options
Hi WK
Thank you for your thought and advice.  My sadness is caused not only by work situation but by my younger child as well.  She has been physically violent towards me in the past. I think you are right in saying just because we have the same blood doesn't entitle her to my estate.
My first step now is to stop giving gifts and stop lending her money.  She can still communicate with me if she chooses but no more financial help.  This way I won't feel used and hurt when she kicks me in the guts, figuratively speaking, in the future.  Then next week, I'll go and remove her from my will, without telling her.
I made the mistake of being too generous and tolerant, putting others first to my own detriment.  Now I myself must come first. Sadness fills me 24/7 and I don't know how to shake it off. I am not asking for happiness, but just feeling less sad. That is not too much to ask.
Struggler
0 Support
Follow Post Report Post
Reply

I forgot to ask you this: Do you have a good relationship with your mother?

Zero interest in my mother. She has undiagnosed Borderline Personality Disorder of the extreme type. She is old school, 82 yo now and still a tyrant.  My sister and I went most of our lives (in our 50's now) not knowing what our problems were nor hers. Finally a friend told me to research a book from Christine Lawson about BPD where she describes the 4 personailties of a BPD mother (you can google it). The 4 personalities or traits are witch, queen, waif and hermit. My mother was all 4, totally unpredicatible and revengful, destructive, manipulative and used people as weapons. Finally my sister and I are free, free from the stress.

We both dont care about her will etc. I have bipolar type 2, dysthymia, anxiety and depression and ADHD when younger. My sister has depression. We survived. We both have had one suicide episode where a plan was made.

Up until a few years ago my sister and I would be pitted against each other by mother. And our father (dec) was my mothers best weapon. He was regularly brainwashed.

Evil? yes,nurturing yes, and so the extremes of her personality made it hard to break away. In the end my sister and I made a pact. That if either of us had an arguement with mother we would not get involved. Unfortunately I had the arguement and after it mother rang my sister to triangulate the issue and it didnt work.

It spelt the end of 78 years of manipulation. Had she got help for her illness of course this would not have happened. Some people are stubborn or cant see the damage they do.

I think your plan with your daughter is a sound one. You dont have to tell her anything about the will. Otherwise it becomes an issue.  You can always change it back later if she sees the light.  She must treat people decently and reasonably. You are not helping her if you continue to assist her financially. As I say to anyone asking me for money now (we are retired) "go to the bank....they have loans available".

I have no comment or opinion on this either way - because I haven't really had to experience anything like this - and hopefully won't have too either.

But I would just like to chip in and say, "You've gotta do what you think is right".  This sadness that is overwhelming you is not good and if it's in some way generated by the topic of this post, then yes, you should go and do what you feel is right.

Struggler
Community Member
In response to white knight
Options
Hi WK
Thanks for the reply.  It gives me a lot to think about.  I think I overcompensate with the financial bit.  This daughter was 11 when her father & I split.  I was studying for a qualification, passing exams etc.  Also I helped my older child with her year 12 studies.  The younger one was neglected.
When I started work I had to do night shift, evening shift  and later even had to work interstate.  I was feeling very guilty.  I provided well financially but not with time.  I am very poor in expressing affection.   I also had to deal with depression an anxiety caused from work situation.
I am 59 and recently became unemployed and feeling all those years studies was a waste of time.  The result is a resentful daughter.  I am in a dark place at the moment.  I have not been out of my house since Tuesday, five days now, spending my time mostly in bed wondering the meaning of life.
Struggler
0 Support
Follow Post Report Post
Reply

Struggler
Community Member
In response to Neil_1
Options
Hi Neal
Thank your for your kind words.  As usual your reply is full of wisdom.  I read your thread about your son.  Hope he is doing well. You also have a Canadian trip coming up, wow.  I visited the Rockies and Vancouver in 2007.  Unfortunately, due to my struggle with depression at the time I could not fully enjoy the whole trip.  Looking back it was waste of money, really.  This is what depression can do to people, even an overseas trip doesn't help.
It will be different for you though. You'll be surrounded by your immediate family with love and support.  This will be the trip of your life with sweet memories to treasure.
Struggler
0 Support
Follow Post Report Post
Reply
charliec
Community Member
In response to Struggler
Options

I have no input to our situation.

But  saw that you hadn't been out of your house in 5 days. I totally understand this!

Maybe try and go for a walk? force yourself to get out in the sunshine, sit in the park, read a magazine. Do something for you, buy yourself some flowers?

Struggler
Community Member
In response to charliec
Options
Hi charlsc
Thank you for the response.  I will take up your advice and force myself to get out of the house tomorrow.  I need to do food shopping for the basic, bread, milk etc.
I hope your fiancé can see the logic and move back to Qld with you.
Struggler
0 Support
Follow Post Report Post
Reply