Is my mental health as bad as what my ex says?

I'm having some issues with my ex who I have been separated from for about 16 months. We have a three and eight year old together. Presently I'm waiting to to sort out the arrangements for the children, as mediation has been deemed unsuitable due to the family violence history. My ex is starting to make a habit of saying things like "I'm not the one with a mental health disorder. That was diagnosed before we got together," or "Maybe our daughter is emotional because you are always such a bundle of emotion". I'm 30 now, I did self harm between the ages of 16-19, I also had a brief period of time that I was on anti depressants following a miscarriage at 18, which was only a few weeks.

I also struggled when my daughter was born as my ex cheated on me when she was 10 weeks old and it left my self esteem in tatters. I was 22. Quite often after she was about 6 months old, I drank to excess and would keep away from him as all we did was fight. When we fought, his put downs would hurt so much I would try to hurt myself so I wouldn't have to hear his words. I would also use medication at times to try and get myself to sleep. As he never hit me, but physically pushed etc, I never went to the police for help. He even pushed me around while I was pregnant. This was only for two years.

After our second child was born, I was 28. I had been doing really well, made some big changes and my relationship with my ex no longer had any violence. However, I had to go back to work doing night shifts, juggling two kids and uni when my youngest was 6 months. I had no support from my ex or family. I scored high in the postnatal depression quiz and went to the GP, who said it appeared to be situational depression. I went to several counsellors but felt nothing helped. My ex was distancing himself from me. I ended up lying on the bed crying constantly. He would just take the kids out and leave me there. I ended up leaving after he accused me of spending money that I later found out he had spent. I had to give him 50/50 custody to be able to get out and struggled with being away from my kids after always being with them. He took them interstate for 10 days and I couldnt cope, being put on an antidepressant. This made me worse. I could barely function. I'm now off them and seeing a great psych. 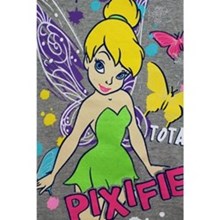 Fairywings
Blue Voices Member
Options
Hi there and welcome. It sounds like a very classic style DV circumstance to me. This will trigger many feelings make you feel in ways you couldn't possibly ever imagine I just want to remind you that no woman deserves to be treated that way from her partner its just acceptable. Situational depression as stated by ur GP i can see the correlation in this saying your feelings r all relating to what your were experiencing within ur home. I am so sorry that you have had to go through all of this, no body deserves to go thru any of this. It sounds like the relationship you had with ur partner was a very toxic one and one that wasn't good for the kids to be in so proud of you for making the decision to leave, Can you tell me a little bit more about your current situation, r the kids with u? where is ur ex? its fantastic that you are in touch with a great psych. xx
1 Support
Follow Post Report Post
Reply

geoff
Blue Voices Member
Options
hi Kryssie, when you have an ex who constantly puts you down then it's going to make you a nervous wreck, being on edge and always fearful of what may happen next, and in fact that's what happened because he had an affair and his verbal abuse may have increased so that his affair would be over shadowed, in other words you would be too scared to even mention this affair.
His disgraceful behaviour while you were pregnant should have never happened, but my worry is that he takes the kids and doesn't return, so I just want to ask whether you have plans if this does happen, because we have to look at all the possibilities, just in case it does happen, I certainly hope that it doesn't but something you need to think about.
Just because he makes these comments doesn't mean you have a mental illness and even if he tries to brainwash you by making all these comments only means that he is trying to drum his comments into you.
You have two children you love and trying to work to 'make ends meet' and if you can stay away from him you will then start to feel better.
You have to remember that there is a good chance that he won't want to be involved with the kids as they begin to grow older, and for you that's exactly what you are hoping for. Geoff. x
1 Support
Follow Post Report Post
Reply
kryssie85
Community Member
Options

Thank you so much for your replies. At the moment I'm just trying to be the supportive parent for the children and attempt to get legal aid to resolve the issues of custody. I've tried with him and it just won't work.

I just feel seeing I'm functioning fairly well in other life areas and have since found a respectful relationship I'm only anxious around him and when I don't know what's going on with the children.

Unfortunately he came from a home of domestic violence so his family all think his behaviour is acceptable and I'm just crazy and vindictive for not wanting him to have as much access to the children.

Fairywings
Blue Voices Member
In response to kryssie85
Options
Hi yes that is a classic reaction whereas it is def not ok to be behave that way. Ur doing an amazing job with ur children never doubt that. Those feelings of anxiety ur having r only normal if ur partner is supportive of u then its ok to talk to him About those feelings ur having he will no doubt help u thru xx thanks for coming back to us venessa xx
1 Support
Follow Post Report Post
Reply