Dealing with Depressed and Apathetic Boyfriend 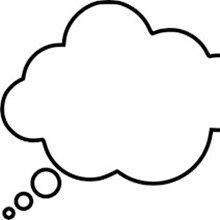 I'm 19 years old and have been with my boyfriend for nearly three years. When I met him at school he was teased about having no feelings as he never really responded to anything, regardless or whether it was happy, sad, angry, etc. Anyways, we became close friends and ended up getting together. A few months after this he revealed that he had been depressed, except instead of feeling characteristic sadness, he simply didn't feel anything. He reassured me that our relationship had fixed it and that "I made him feel happy when he thought he never would be again." Our relationship was pure bliss for about the next year and a half, maybe a bit longer. Following this, I felt something change in him, like something was off although his behaviour didn't seem drastically different. Just little things like not wanting to see me as much. He also dropped out of university which I found odd but not extremely so because he had never been the most enthusiastic student. However, several months later I found out that he'd been lying to me about many things, even things that were insignificant. He also began stealing money from his job and hanging around questionable new people. Upon finding all this out, his family and I were obviously extremely upset but he seemed not to have any empathy whatsoever. I continued to try to make the relationship work but several months later he broke up with me saying that he didn't love me anymore and that he saw no future between us. During the breakup he treated me very poorly, namely by stringing me along. At the same time, he made more strange friends and began to use drugs recreationally. He ended up being thrown out of home and 2 days later turned up on my doorstep begging for forgiveness and help for mental health issues. I took him back, as did his family, but he then refused to get help. We let it go because for the next month and a half he went back to normal, treating everyone with love and respect. However, one night he revealed to me that he had been depressed (no emotions) again for the last year which is when his odd behaviour began. He has since been to a GP/psychologist but tells me that it probably won't help us and that he can't give me his 100% and that I deserve better. I am very confused because I don't know how much of what he is saying/doing is his illness and how much is him. I love him very much and don't want to lose him. I am currently giving him space to think about our relationship. Help?

Oversleeping can be as bad for the body as undersleeping I have read.

I am a university student and I work part-time as well but neither of those things are giving me much stress at the moment.

It's all from the break-up pretty much and a few family things.

I just don't know how to stop worrying about him, especially since I became aware that he is now taking addictive drugs as well.

I keep telling myself that I am better off but this doesn't seem to help. Are there any techniques I can use to curb this overthinking? It's hard enough dealing with the rejection let alone worrying about someone who clearly doesn't even worry about themself. 😕

You are spot on about oversleeping...just as bad as undersleeping. It is very hard to stop worrying about someone that you care about so much. Being worried (which is understandable of course) can make us overthink.

Do you know his parents well enough to have a chat? I hope they know what their son is doing as I would if my daughter chose to take the wrong fork in the road.

you are not alone

I am quite close with his mum. She is very concerned with his behaviour but feels there is not much she can do as he won't open up to her (he hasn't even explained to her why he broke up with me) let alone listen to her, and the fact that he is an adult means that she has very few rights in terms of him seeking help/treatment etc. I don't think she knows that he is starting to take even heavier drugs than before though so I will inform her next time I see her.

And yes, I suppose distracting myself really is the only option right now.

Hey SH, I know how his mum feels...there is very little she can do because he is an 'adult'. Havent not even explained to his mum on why he broke up with you is just woeful (sorry...not being judgemental SH)

I really hope you can stick around the BB forums. Thankyou heaps for you help on the other post. You legend:-)

I think it's a bit silly, I feel like parents should have more of a say.

And don't worry about being judgmental, I think it is very sad as well. But also very in character for him.

I will definitely be sticking around. 🙂 They have been very helpful to me and I am sure they will continue to be as I navigate through this tough time in my life. I want to help others with that as well 🙂

I joined BB after spending from November to Jan on my own with partial depression in recovery. I was that down I remembered BB and very awkwardly joined up on the 5th Jan this year. I was made redundant on the 15th Jan when I preparing to go back to work after my annual leave.

I never thought I would still be here now. I have been successful in my corporate life but have really had to do a reality check. I just joined to reach out and talk to other people that felt like I did 🙂

Being on the forums has been more valuable than any psychologist. It has helped me heal by helping others.

Thanks again for jumping in and helping on that other thread. Nice1 🙂