(Trigger warning) PTSD after being stabbed

Guest_08B8CB20
Community Member
Options
I feel after i was stabbed nearly 1year ago in the chest heart arterie severed , punctured left lung ,fractured rib rushed to icu injuries were life threatening,i am struggling to deal with life i live in constant fear especially around people i public i have no family support but do have friends but i feel a burden to them all, the flashbacks are out off control especially when sleeping,i dont no what to do i dont have the desire to do much in life anymore i seam to have lost interest in working hobbies even going for a surf i have 4weeks left at were im staying now and the time has come for me to ask for help as i put on a brave face but deep down im feel broken, what do you suggest would be something that could help me with dealing with this nighmare i deal with everynight i go to sleep
0 Support
Follow Post Report Post
Reply
227 Replies 227 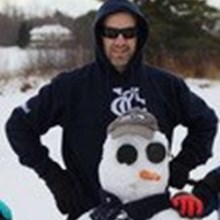 Jase, sorry been off line for a week. Just wondering how the surfing is going? Surfing is a genuine therapy for PTSD. I am involved with the RSL here in Victoria and one of the branches has started surfing for the returning veterans and is having some great results.

Guest_08B8CB20
Community Member
In response to MarkJT
Options
Hi Mark you no im happy that you have been able to return to your duties and that you have taken time out of your family time to advise and help people like myself its highly regarded and you should be proud of yourself , can you tell me have you ever heard off such a situation were someone makes full admission then gets a plea bargan no one in this state including victims of crime have never heard anything like it so its a first and the police used the excuse that they could not find me to let me no i was living in fear and no one that i stayed with wanted me to give there address understandably, by the way i was pulled over 3/4 times random breath test and one drug swab test and on all occasions was held up for at least half an hour whilst they ran checks on me then asked how was i doing . For someone they were so desperately trying to find to let me no about a down grade in charges for which he had already pleaded guilty to the original ones including premeditation. does seam somewhat untoward and how they managed to keep all off this from victoms of crime of which i was in regular contact with has now somewhat made me very anti police it has really seaed the desl for me and added even more anxity to my life im so not happy and would never ever ask them for any help in the future im talking about wa police here they are no good this is proof sorry to put you on the spot you dont have to reply i understand best wishes regards jason
0 Support
Follow Post Report Post
Reply

Jase, first off, I hope the surf picks up for ya!!

The judicial system is flawed that is for sure. I don't know how it works in WA but i know for sure that once matters get to the higher courts (County and Supreme in Victoria as opposed to the Magistrates), Government solicitors take over the case and prosecute it. Essentially the coppers get very little say in how things are presented from there on in. I would imagine it is the same way around the country where courts will take early pleas and when someone does that, they are given a discount on their sentence because they are apparently showing remorse by acknowledging what they did. In some cases i can accept a lesser sentence but when it comes to offences against the person, as in your case, there is no discount...IMHO. It is quite often the case that certain charges will be dropped when offenders plead guilty to other charges, that is the system and then there is cumulative and concurrent sentencing. Cumulative = when someone pleads guilty or is found guilty of burglary and theft, get 6 mths imprisonment on each charge, they serve 12 mths however with concurrent, you can plead guilty to a swag of charges and get 6 months on each charge but because you can serve them concurrently, all you serve is 6 mths which IMHO is wrong. I like the US style sentencing. I remember the last time i was over there one bloke got 1100 years imprisonment!

You have every reason to be disillusioned with the judicial system as the bloke who almost killed you will be out of prison and you have to live with the incident for the rest of your life. I will not patronise you and say things to help you get over this hurdle as I have never walked in your shoes, I am just hoping that somehow, something we say in here will allow you to smile and get on with your life. I will just continue to give suggestions, things that helped me and that have helped others. If i was religious id be praying that something works.

Is it helping by engaging with us in here? Does it help to tell your story to us? Is it validating at all?

As you have pointed out above how i have got my life back, I fully realise how lucky i am to be where i am at. I owe it to the people that didn't or haven't got my luck to do whatever i can to help them out. Hoping i can do that for you.

Guest_08B8CB20
Community Member
In response to MarkJT
Options
Hi Mark and thankyou once again for taking the time to explain yourself and the way things arein todays world, the answer to you question is yes it is of great help being able to communicate with you i seam to be talking less to my friend's which i think is wise as it seams to bring others down so guess i owe you a beer for that mate im still trying to get professional help so i have not given up yet although have to say i will not be waisting anymore tax payers money asking the same question to my doctor i feel like im involved in some type off game and its not good for me to keep jumping the hurdles i have patience but there is not much left in me i can feel at time like a granade with the pin out i think i have been 4 times to mental health and more than18 times to my gp in the last year im waiting again to hear from someone i will have to just wait and see cause im not going back to my gp , thanks Mark regards Jason
0 Support
Follow Post Report Post
Reply

Guest_08B8CB20
Community Member
In response to MarkJT
Options
Hi Mark how are you traveling have not heard from you in a while are you ok?
0 Support
Follow Post Report Post
Reply

Jacezz, IMHO = in my humble opinion.

Excellent that you are getting something out of engaging with us in here. A super protective and supportive environment that is for sure.

I have been well thanks but took some time out as a mate of mine had a significant mental health event so was very tiring assisting there so something had to give to make sure that I don't go back downhill. It's a fine line!

Have you got mates that you think are not being dragged down by you? I say "think" because a lot of the time, they are not being dragged down, that is just our perception when our brains are going haywire. It would be healthy for you to continue to engage with other people than us.Not in the very slightest am i saying don't engage with us though. We are here to help any way we can.

How have the waves been?

FYI - I am off overseas next week so will be posting less but will be keeping an eye on things so when the chance arises i will get a few posts in.

Hi Jacezz, I have read your thread and up until now, I have considered posting but held back. I can relate to a lot of what you are going through; trust, injury etc. However, your travel announcement had the most impact.

I fleed a DV relationship and moved to the UK. I would like to offer a few word to you to keep in the back of you mind. I believe travel is the best way to grow emotionally. Every trip I have made has expanded my view of the world. It brings insight, understanding and compassion. With this said, I know that if things don't work out, I could always come home. I hope you are able to adopt a similar philosophy.

Secondly, as Crowded House said 'everywhere you go, always take the weather with you'. Acknowledging this may help you. In my experience the location changes, the people change and you change, but our experiences don't. That said, I am certain that with all of the changes that are in front of you, you may start to live in harmony with you experiences, learn and grow as a result of them.

Honestly, I send you all the best wishes for your travels. I am envious as I would love to be planning an expedition ATM. Safe travel and if you ever feel lost, check in here. Franka.