Friends died in a train crash

I've never written this down before but as the anniversary of the date is coming up I thought it might help me prepare myself by writing it now.

I look back so often to that time and ask why?????  I'd been through so much crap and stayed strong but that is when I broke, or cracked.  Then after that I went from one hellish experience to another until here I am PTSD, CFS, IBS and all the problems that go with them.  Completely over it all and wanting to end it all.

So what was it that broke me, a train crash in London.  I wasn't even there.  I was on a different train travelling to London from Scotland to go to the rugby world cup.  The partner of one of my best friends was killed in the train crash.  I felt like he was a brother to me.  I still miss him like you wouldn't believe.  His name was Al and he'd been able to get a whole lot of us tickets to the All Blacks pool games.  I was so excited travelling down to London.

But I didn't get to go to any games with Al because he was dead.  He died on Tuesday morning, but because of the total mess they didn't identify his body until Friday.  Do you know how traumatic it is waiting with hundreds of people to hear if your "person" is injured but alive in hospital or dead.  All of us waiting to hear sat in groups in a big conference room in a hotel.  As different groups found out that their "person" was dead they'd all start wailing and crying.  Us in our group were all feeling for them while at the same time hoping like hell that Al was ok.

Each group was assigned their own cop.  Our cops name was Dave, he was really nice, thankfully.  He asked us how we could get Al's dental records.  I had to ring a friend I hadn't seen for years in Adelaide, wake her up in the middle of the night, and break the terrible news to her.  Why did I have to do that?  Because her ex was Al's dentist.

There's so many hellish memories from that time.  Like my poor friend trying to be brave and believe Al was still alive, the cop asking me if I could find photos of Al showing his watch and ring so they could be returned.  There was a whole warehouse of stuff from the crash.  I still struggle looking at photos, like any photos because it triggers the feeling of that experience.

Then there was the big visit to the crash site.  How crazy is this we were escorted there like we were bloody royalty.  The cops on their motorbikes zoomed ahead and stopped traffic because we were coming through.  There it was the mangled burnt out trains.  Where he died.  I remember the first time I went on that train line months afterwards, the train was packed and everyone was talking and laughing normally as we passed by the site.  I felt like screaming at them SHUT UP!!!!... don't you know 31 people died here?!?!  But they were just ordinary people having an ordinary day.  I was the one who was screwed up, thankfully I managed to hold my tongue.

The reporters, hell the reporters in England are twisted maniacs!!  For some insane reason when they released the names of the people who died in the crash they also released the addresses.  Those damn vultures came round all day begging for interviews or photos of Al. It was horrendous.  We hid in the flat hoping they wouldn't see us.  In the end we called Dave, our friendly cop and he assigned a cop out on the street to keep the reporters away.

The train companies paid for me to fly back to NZ to be my friends support.  How's this I flew business class while Al was in a coffin in with the luggage. Al who was so full of life, always laughing and joking, always on the go, loved beer and rugby, was in with the bags, still, not moving.

Al was born in Scotland so to honour that a piper played the bagpipes at the gravesite and also led Al's coffin out of the funeral home.

Al was exactly 9 days older than me.  Every year as I get older it feels wrong.  Because he's still 28.

Last year they analysed the train crash on one of those crash investigation shows on TV. I watched it and the show was like me without feeling just the facts.  I've been seeing a psych now for almost a year but I've been through such hell since Al died I've had too much other stuff to talk about.

October 5th 1999 when a large part of me died and the rest of me shattered into millions of pieces.  Maybe I should change my name to humpty dumpty because all the kings horses and all the kings men haven't been able to put me together again. 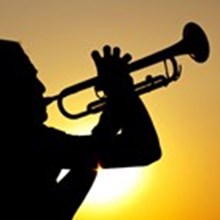 I'm so sorry for your loss, I hope writing your story out has helped. It paints a very vivid picture of what you went through, and thank you for posting it here for us to read.

Hopefully this doesn't sound too trite after what you've written, but your comment at the end about Humpty Dumpty reminded me of a piece I read in a book about PTSD earlier this year which I've mentioned in another thread, "What Doesn't Kill Us" by Dr Stephen Joseph.

In it, he talks about the theory of the shattered vase:

"Imagine that one day you accidentally knock a treasured vase off its perch. It smashes into tiny pieces. What do you do? Do you try to put the vase back together as it was? Do you collect the pieces and drop them in the rubbish, as the vase is a total loss? Or do you pick up the beautiful colored pieces and use them to make something new – such as a colorful mosaic?

When adversity strikes, people often feel that at least some part of them – be it their views of the world, their sense of themselves, their relationships – has been smashed.

Some people try to put their lives back together exactly as they were. But like a vase which is held together by glue and sticky tape they remain fractured and vulnerable. In contrast, those who accept the breakage and build themselves anew become more resilient and open to new ways of living."

He blogs more about that here: http://www.psychologytoday.com/blog/what-doesnt-kill-us/201205/the-metaphor-the-shattered-vase

You might also want to check out this resource from the Australian Grief Centre about managing feelings around anniversaries: http://www.grief.org.au/resources/information_sheets/anniversaries

Take care and thanks once again.

Thanks CB you're really sweet!!  Both sites very helpful thank you!!

dear Amamas, I had to read your story and reply to it, as there are so many other posts that none of us have the time to reply to all of them, I wish we could, but this is an enormous job, and it's not really fair for those that aren't as you can see from how many people view them compared to those that reply, however they have their reasons.

I really appreciate what Christopher has sent to you, as well as to other people, because his addition to this site is also an enormous benefit to all of us, and his contribution is well and truly received.

Amamas, 5th october is an awful one for you, however it's my birthday and my twins plus our sister in law who is the same age and again the same date, it doesn't mean anything to me, and that's probably because of my depression, so any celebration is only to please them.

Bugger all of that as this day for you has made an enormous impact on your life, and certainly not one that you will ever cherish.

Please believe me when I say how mortified I am for you having to cope with this awful tragedy, and I truly hope that you are able to continue in a few days time. L Geoff. x

Thanks Geoff you're really sweet just like Chris is!  Knowing it's your birthday is going to help me.  I'm going to think of this special caring guy who suffers from depression like I do.  That on the 5th of October it's not just the anniversary of the day Al died but it's also the anniversary of the day this special guy named Geoff was born.  Thanks for writing, feeling for me and caring!  You're beautiful! Cheers amamas

Just thought I'd update you re my upcoming painful anniversary and of course wonderful Geoffs birthday.

My psych often tells me to plan ahead for days such as this.  This time I listened.

I took myself out for breakfast this morning and actually started thinking about what I needed for this upcoming time.  I have to confess my first thought was get the hell away from these people in my life who are trying to help me in all the wrong ways.

Then I thought I love being by the beach.  So to cut a long and very impulsive story short.  I'm going to Cairns. Never been there before but what the hell.

So Geoff I'm celebrating your birthday in style by finally hanging with the Great Barrier reef.

What I find funny about this entire situation is this morning I was down, no money, no plans.

Do you know I can't remember the last time I was excited  It may very well have been before I broke.

I am enjoying this feeling but can't help be a little afraid of how I'm going to be when this bubble bursts.  A really sweet guy who also has depression/anxiety told me the other day to ride out your lows knowing a high is coming and enjoy your highs because you know a low is on it's way.  I haven't decided whether I like the naked truth of that statement yet or not.

Thanks again so much for the beautiful mosaic story/link!!  I just wanted to let you know that it's helping me so much!!  I'd heard the shattered vase part before but never heard the version where you finish with a mosaic.

I love it because it reminds me that although you can never go back in time and stop being broken you can include it in the rebuilding of you to create something new and amazing!

I just want to write a little update on October 5th.

This year I finally did it right for me.

I wouldn't have been ready earlier.

I went to my psych beforehand and spent that hour talking about the pain.

Then when I was ready I told myself it was now time to honour the relationship I'd had with Al.  That meant fun! fun! fun!

I thought of him a lot when I was out there on the boat on the Great Barrier Reef but I remembered the fun.  It was such a wonderful change!