I just don’t know myself..

so I’ve lurked on these forums a long time, trying to understand myself and what I’m feeling but I just can’t explain what it is. I know in my heart I’m broken.

Im 26 years old and Male. Ever since I was in my tweens and early teens my life has been one big mess to the next.

My home life was upturned when my parents divorced at 11, ever since then I have t felt right. I missed so much school in those times just because I didn’t cope as much as I lied to myself and I think that partly why I’m such a loser now. My Mum suffered a nervous breakdown after the divorce and since then has had multiple health issues including cancers, she’s never recovered cognitively, and has had constant treatment. and I took on a lot of responsibility for the running of the household and just a lot of her pain. That’s why I’ve shut out what I’ve been feeling for so long because I don’t want her to have her son be such a failure and I need to be strong for her.

I dropped out of school at Year 11, because truthfully I was naive, being avoidant and just had these grand ideas of going to TAFE, and somehow getting a job. That never worked out because I just never had any motivation and was constantly fretting over Mum..and spent a few years unemployed.

A family member helped me snag a menial job in 2015 just doing some record keeping. I felt for while I had my life together..but under the surface I was still no where near content. One day in 2017 I just suffered a massive panic attack out of the blue…and I just stormed out of the workplace never to return.

and That’s where I’ve been. Floundering since 2017 trying to keep up this facade of being ok, trying to find a job and looking after Mum still.

I’m on Jobseeker and not coping with the requirements I need to meet. I’ve been trying to work up the courage to see my GP about it all but I honestly don’t know if it’s worth it.

Somedays I’m fine, it doesn’t feel like anything’s bothering me but then I’ll hit a wall or have something push me too far and I’ll just shut down. I won’t leave my room, I constantly worry. My brain just doesn’t stop

But even then i Just feel an emptiness most days even when I feel ok. I just don’t feel like myself…I can’t explain it. It actually drives me mad.

I’ve never wanted to commit suicide, I’ve had fleeting thoughts but thinking of my family brings me back down.

i just need a break.

Sorry for such a long post, I’ve left out a lot.. I honestly just wanted to vent. Thanks for reading. 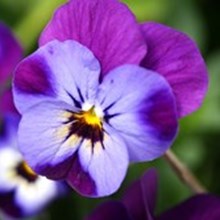 I have found that it can defintately help writing your thoughts down, just to get it all out. Thanks for sharing how you’re feeling.

It sounds like you have a lot going on at home which can definitely make things hard when it comes to your work life as well. It can take a lot of energy as well trying to be strong all the time.

I actually think it would be a good idea to speak to your GP. You could then get some help and support. This could help with the struggles you are facing at home and also how you’re feeling about the job search. It can really help speaking to a professional without any judgement

Try not to be too hard on yourself either.

Thanks for you reply and your concern…

Yes, I honestly don’t wanna put any blame on my home life or my Mum, because I know that it’s not her responsibility for my mental health but I can’t deny that it has had an impact. It’s been hard being one of the only personal supports for my Mum whilst also trying to come to terms with my own problems.

I’m lucky that I do have a circle of friends I spend time with that take me away from my thoughts for a moment, but I again don’t wanna burden them with my issues. But once I’m alone I can’t escape them.

Like even since I posted my last entry, I feel like oh nice I got that off my chest, now I’m better again. I go through such a yo-yo in my head of “I’m fine, I’m not fine”.
It also happens with my job search, like “I don’t need to work” to “I’m such a low life bludger”

I know in myself I need to see someone. I need confirmation that there’s something wrong, even though my head tells me I’m just being dramatic.

You’re definitely not being dramatic at all.

It can be hard talking to friends about things as you don’t want to burden them. If you definitely don’t feel comfortable with that, speaking with a professional could really help.

Also for myself if I feel like I’m overthinking things or in a negative head space, journaling can be really helpful to just get all of you feelings and thoughts out.

It’s nice to know that what I’m feeling isn’t uncommon, like I’ve always known there was something not right about me but I just thought I could ignore it. For some reason its just getting to the point now where it’s beginning to affect my life. I’m just scared of being labeled and having that stigma, you know?

I got the courage to make an appointment with my GP for tomorrow, just to see what’s up and what if any help I need.

Should there be anything I say or ask my GP for in particular? I wonder if I can get any exemptions from Centrelink while I figure out what’s wrong?

I’m also worried that I might seem fine while I’m there, and it looks like there’s nothing wrong with me…these last few days I’ve just been crazy up and down mood wise…I don’t know

Thanks for your posts.
When you see your doctor maybe you could cut and paste some of the things you have written here or other points to tell them,

.
I know I get to the doctors and forget all I wanted to say. So having notes written down helps.
Many people reading your posts will have felt or still feel like you. by writing here you have made them feel less alone.

sorry for the late response.

Im really glad that you have booked an appointment with your GP. I,m not sure if you have had the appointment already? If not I would just explain to them exactly how you have been feeling lately. They should be able to provide some treatment options or even be able to discuss a mental health care plan with you if they think that it is the right option. Definitely mention Centrelink as well

Thats all good. Yes I went for the appointment today with my GP. It went ok, he definitely understood how I was feeling, he’s running a blood test just to check if there’s anything that could be causing the elevated level of stress im feeling like Thyroid etc.

And if those come back clear he says we’ll then draw up a mental health plan.

Im hopeful on Saturday I might start getting some answers for the way I’m feeling.

I did actually write down a couple things before I went in and that really helped me verbalise how I was feeling.

and that means a lot because being here for this short amount of time has made me realise I should’ve confronted this a long time ago…it’s hard when you’re in this position because you’re so inwardly concerned with yourself that you don’t realise there’s help.

But it’s great to be able to have people here who just get it.

Hello Tomatojuice, I've been reading your thread and am pleased you have seen your doctor.

With the points, you have written there may be other questions either good or bad that come from each point and these need to be discussed with your doctor/psychologist, such as saying to them that you have thought about point 1 but a,b,c,d problems have arisen, the same with point 2, 3, and 4 or how many you have made, none of these should be pushed away, because as soon as you do this, they may happen at the most inconvenient time, they don't want to become triggers and perhaps this needs to be discussed as well.