charred
Community Member
Options
I suffer from depression, but over the years have managed it somewhat okay.
I have an ex wife, you took my young son and moved 1000km away, that really affected me.
I've always worked, earning a modest income. I have no debts, and some savings in the bank.
I've been renting a very cheap rental alone for the last 5 years which has been great.
But I've been told I need to vacate in 2 months, and thats where my problems start.

Currently working in the building industry as a subcontractor, working alongside a school friend, after our boss suddenly passed away at xmas ( as well as my grandma, and my dog).
I live in a country town, and the rental crisis is in full swing. Not only is there a serious lack of rentals, but prices are sky high.
Add to that, the rising cost of fuel, food, electricity.
Luckily, my sister owns a house in the town, which she is going to rent to me, so I dont end up homeless.
Its one of the cheaper in the area too. Basically, lets say I earn roughly $1000 per week, before tax. Due to weather and material outages, some weeks may be less. The rental is $370 per week, which is almost double what I pay now. I just ran the numbers through the money smart budget, and things look very bad.
After entering in rent, electricity, gas, fuel, food ($80 a week), phone, rego, childcare payments.....basically everything....im going to be lucky to break even, if not going backwards each week. Thats with zero spending money, zero emergency money, zero saving money, zero alcohol money, zero car maintenance or repair money, zero extra fuel money. I literally savaged my budget until there was nothing more to scrimp on.

The obvious idea would be to get a room mate. But being an introvert, and living alone for the last 5 years, its something I just cant fathom, having a stranger living alongside me, and all the possible associated dramas. Id rather starve myself quite frankly.

Basically, I'm about to go from living quite comfortably, 4wding,camping on the weekends,buying the odd thing for myself.....
to living in basic poverty, trying to save every dollar,and doing absolutely nothing as I wont be able to afford it.
Not to mention the 4 weeks a year I have my son in holidays, where I dont work,so am down another $4000 per year in the red. At that rate, my savings will be evaporated in just a few years covering the shortfall.

I just feel totally defeated at what is looming. When you can earn $1000 a week and not survive. Im starting to wonder whats the point. 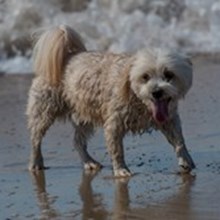 Welcome! You have a cost of living problem and you have plenty of company, gosh things are tough lately aren't they.

Is there any chance your sister could reduce the rent for you? Does she understand your financial situation?

I understand your reluctance about a room mate, but could you try this if you really had to? Would they have a separate bedroom and bathroom? That would make it a lot easier.

I wish I had more ideas, I just know people are facing being homeless in the regions and it's a terrible situation.

May be someone else will have some helpful ideas. I hope you manage to work out a solution. It sure is difficult for you.

I do believe that she is going to drop it a little bit for me. But keep in mind, she is paying mortgage repayments on this house. Secondly, she has to evict a long term tenant which also costs her money through the real estate company she just resigned to for another 12 months. If it wasnt for that effort she has gone to, I have no doubt I would become homeless. I have also said to her i dont believe its fair I affect her income/payments, to evict a higher paying tenant for me, then expect to pay less. Thats not fair. Im just thankful to have a roof over my head.

I would have an extra room, but only one bathroom. I lived in many sharehouses in my younger years, and found there are so many issues you can run into. People not paying rent/ bills, poor money management, chore allocation, personality clashes, parking, eating your food, their friend circle, drug addicts etc etc. Im 40, and im just not up for all that mess. Your talking total strangers, so who knows what sort of drama your inviting into what is supposed to be your safe personal space.

Id probably prefer the other option of finding a higher paid job. But thats a real shame too. I love what I currently do, and the guy I work with. We do a wide range of building work, im constantly learning new things, and get a lot of job satisfaction, which I think is a really important thing.
I have a friend working in the mines who could possibly get me a job. 7 days on, 7 days off. Days and nights. 12 hours shifts. Shoveling dirt.
Of course this sounds like a no brainer, but there are things to consider. 7 days at 12 hours is 84 hours. your basically working in excess of 2 standard working weeks in one week.Nightshift, you have to adjust the turn around back to days in your time off. I doubt there is the flexability I currently have to take the week off I need to go and pick up my son and have him for a week. Also job satisfaction, I can see that my mate isnt thrilled about what he does. Theres also the fact that if I did this, I also render my friend unemployed, as he cant do what we do without me.

Im on 35 an hour, which I dont think is that bad, considering im not qualified. working 30 hours puts me just over 1k weekly pre tax. Id happily do 40, but mostly weather and lack ofsuitable work at the moment prevents that.

Its just a crap situation. Am I the only one experiencing this type of pain from inflation? Im trying to be thankful for what I do have, but I think things are just going to get worse.

Hello Charred, does your sister's house need any repairs which you could do for her, to compensate in reducing the rent, this happened to my wife (ex) and I when we lived in my grandmothers house which needed much work to be done to it.

The cost of living has become atrociously expensive, everything rises, yet not our incomes.