what physical feelings of anxiety do you get?

hey there, what physical symptoms of anxiety do you experience?

I often feel very alone in my experience of having physical chest (what I think are heart) spasms and was wanting to create a space for everyone to list their physical feelings that come hand in hand with anxiety so we can all feel less alone.

hope everyone is well.

Hi Everyone and thankyou Annabay for your excellent thread topic 🙂

Hey SilvaLady......Anxiety is part of the 'fear/stress' family and the digestive system is usually the first to 'let us know'....depending on our levels of anxiety

Hey ClearQuartz...That feeling of someone 'standing on your chest' is very common with anxiety sufferers and yes its an awful feeling to have. When we experience anxiety symptoms our supply of adrenaline works overtime and can result in exactly what you mentioned...Even the 'hyperventilation' which is also awful to experience. I understand your symptoms loud and clear....A GP can be a huge help....You have nothing to lose and everything to gain by making a double appointment and having a good talk 🙂

Thankyou for helping others by contributing to the discussion

Kudos to you for mentioning 'acceptance' (yes...its hard to do as you mentioned) on another thread relating to stomach problems and anxiety

You are spot on saying that the digestive issues can come back. I used to have chronic anxiety attacks and the digestive system went south. You also mentioned the need to see a counsellor...Ditto here.....Once we have some type of frequent counselling our anxiety will reduce in its intensity and then our digestive problems also become less severe. Thanks again JillG

3 Support
Follow Post Report Post
Reply
calmseeker
Community Member
Options
For me it starts with an overwhelming sensation of pure dread, I liken it to being buried alive. Heart rate goes up body starts shaking, I sometimes vomit. My mind races with so many unwanted thoughts, my lips and tip of tongue goes numb. I start thinking 'this is what its like to go crazy' , that in turn increases the anxiety as I believe, as its happening, that I wont come out of this state. I then cant sit still, cant lie down cant sit in one spot, cant settle, I have read this inability to sit in the one spot is called 'akathisia'. Breathing becomes shallow. After an attack I feel severely exhausted. It makes me isolate as I am fearful of it happening in public. Its cruel and debilitating.
6 Support
Follow Post Report Post
Reply
stubop
Community Member
Options
I tend to feel the worst of my anxiety through blushing. For me it is uncontrollable at times and really puts a dent in my self confidence and ability to contribute meaningfully to conversations. It can happen so easily, literally at the drop of a hat, and it means that I often try and hide myself as much as possible or choose areas of a room or table where I will have the least amount of eyes looking at me. Of course, the anxiety of blushing can be just as bad as the act of blushing. Add to this the palpitations, the sweatiness and the general uneasiness that I have making it an overwhelming and tiring experience.
1 Support
Follow Post Report Post
Reply
Eirenuu
Community Member
In response to stubop
Options
The bad anxiety is a nausea, feeling like I need to urinate, my arms burn and I can't see properly. My head ramps through potential bad scenarios and I can't think of anything else. I feel my heart pumping and my blood going through my veins. Sheer terror.
5 Support
Follow Post Report Post
Reply

Hi Everyone (and thanks to Annabay for the great thread topic!)

Hey CS....Thankyou for sharing what you go through with our physical anxiety symptoms....You mentioned "it starts with an overwhelming sensation of pure dread...." This is one of the worst symptoms....the overwhelming feeling of dread...This can be reduced with ongoing therapy...yet I still 'remember' that awful feeling..ugh!

Hey Stubop! Welcome to the forums and good on you for posting your physical anxiety symptoms too! The blushing can be a awful symptom to have.....I understand your anguish as I have done the same for a while...and especially all through my school years and into my 30's too!

Stubop also mentioned "Add to this the palpitations, the sweatiness and the general uneasiness that I have making it an overwhelming and tiring experience" You are definitely not alone stubop....Great to have you as part of the Beyond Blue family too 🙂

Hey Eirenuu......Sheer Terror is a good way to describe these awful feeling (symptoms) of anxiety...You mentioned nausea and the the need to urinate as well as having thebad thoughts.....These are all common with this horrible condition....yet it can be reduced in severity. Thankyou for being part of Beyond Blue too 🙂

The forums are a safe and non judgemental place for anyone to post!

interesting to see someone else say they feeling like they're not really in their body. I had that experience several months ago during a car accident. Thankfully when I told my cardiologist (along with some other crazy symptoms) he knew what I was on about. For me it was the Statins drugs i was on for cholesterol lowering and he recognised the symptoms. 3 percent of males get really weird adverse reactions on statins.

I've also experienced most of your other symptoms of anxiety including the random stabbing chest pains. I had a heart event last year and the pain was completely different. Everyone has their own "your heart is in trouble pain" as any cardiologist will tell you. If you're over 50 like me getting a heart check is wise.

The symptoms of anxiety seem to be so broad its hard to know if its something else physical wrong or not. I called an ambulance last month and spent a week in hospital. First doctor assumed it was cardiac because of my history. My cardiologist thought it was low sodium and my head. Weeks later GP thinks its a virus a bit like Malaria. Thankfully I've since heard of several others nearby me with exactly the same symptoms suggesting it is a virus.

Get your bloods checks especially for cholesterol levels and maybe sodium. If in any doubt try to organise a stress echo.

I have a lot of the same symptoms as OP minus a few like sweaty palms and night sweating.

but I also get blurry vision

insomnia or to better describe it very unorthodox sleep schedules

And also chest pains and cramps

Hi everyone and thanks Annabay for the great thread topic too!

Hey ITnErd6..Great to have you on Annabays thread and thank you for your post..You mentioned an interesting point "The symptoms of anxiety seem to be so broad its hard to know if its something else physical wrong or not" You are spot on here as anxiety symptoms can also be a sign of a physiological problem...Thus the importance of having a check up done first to rule out any possible physical issues....Good1

Hey Sareus....Really good to see you again on the forums and thank you for your valued input too. You symptoms are the same as what I used to have....the sweaty palms and those awful night sweats...ugh! You are not alone experiencing these horrible symptoms...Just from my experience they do decrease over time especially with a good GP helping us 🙂

you are amazing people for having the courage to post your symptoms.....Mine are listed above and if anyone has any questions you are very welcome to ask..The forums are a rock solid private place for everyone to post! 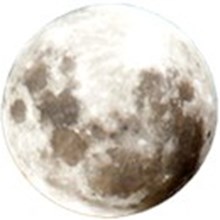 This is a physical symptom of anxiety, and just an interesting thing I have noticed.

When an anxious moment or situation presents itself I instantly sweat under my arms a lot. I normally don't and have never sweated much unless I'm doing physical work in the heat. It happened this morning because of something that came up, which is fine, but it made me think back to when this was really a problem.

The condition really developed while in a previous job for some years which had stressful times but not always. It developed to the extent where I was sweating constantly, pretty much 24/7. At the time I put it down to hormone changes as I was also getting older. I ended up leaving that job due to the pressure becoming too much, and the sweating also eventually stopped. I haven't thought much of it till this morning when the sweaty situation presented itself, and I thought of how much similar it was to when I was at that job, which makes me think that the anxiety effects may be accumulative, in my case to the extent that it was happening to me 24/7, even on weekends and holidays away from that job.

It was a really annoying problem back then. I'd be soaking wet before I even got to work and be very self-conscious when I had to be around people. My shirts would be ruined after just a short time, which also became expensive.