I don’t want to self diagnose myself or anything, but for a while now I’ve seemed to do anything just to get attention. I’ve pictured myself getting sick or injured and people would be worried and pay attention to me. I know it just makes me sound self obsessed, which I don’t want to be, but I can’t help thinking that maybe I am. I’ll admit I can be quite the compliment shark, seeking praise whenever I can get it. I have picked up on this recently and have tried to pay more attention to it to make sure I’m not acting all ‘high and mighty’.

As for why I act the way I do, always wanting to be noticed, I’m not sure.

when I was six years old my sister was born and being the only child for some time may have left it’s mark on me, but I was always very independent. I would get jealous like any sibling would, but I don’t know how that could explain this.

I tend to shy away from the spotlight yet at the same time I am desperate to be noticed. I am not particularly humble and have never taken critical feedback well. Maybe I’m too prideful? I don’t know. But I honestly feel like such a self obsessed narcissist and I hate it. Whenever my friends get praise or are talking, I seem to get annoyed, like everything is a competition. I tell myself “It’s not about you!” Which I know, yet I still have the urge to jump in. I hate it.

I've read your other posts and would be pretty certain you are no narcissist, in fact if you were I doubt you would be posting here.

Your description of your feelings would seem to be a desire for favorable attention from others, even to the extent of dreaming of putting yourself at a disadvantage due to illness to get this.

If you are noticing this as being very frequent, then can I suggest you talk it over with the doctor or psych who is treating your OCD. It may well all be part of the same thing.

Just about everyone seeks approval at times, it's natural, and being able to withstand criticism does take practice, it can really hurt. You may need more kind thoughts and support from other people than some, I doubt it is a reflection on you, more likely your condition.

Do you think this is a reasonable way to view things?

Thank you for your understanding and insightful approach to this,

I hadn’t really thought of it like that before and this was something I definitely needed to hear.
I will be sure to mention it to my psychologist the next time I have an appointment.

All my best and kind regards,

Please do let us know you you get on

Hello StrayDetective, thanks Croix for your wise words.

This can certainly be an obsession when you are suffering from OCD, but it can also happen when someone is recovering from any mental illness, so they can try and establish the confidence they had lost during this period.

You certainly aren't what your thread is titled as, as it's far from the truth.

Someone trying to cope with this particular illness is affected in a different way than how other people try to cope because intrusive thoughts develop which may also happen to others, but soon go away, whereas they seem to multiple and may cause other problems.

We want to be noticed and recognised for what we do and accepted by others, but when you are doing everything right but are criticised, then you can't understand why and this really affects not only your behaviour but also your thinking.

This does eventually change as you age, because criticism just bounces off you and then you're able to move forward without being affected, but this doesn't happen naturally, you need to have experienced it many times before, in other words, you don't play golf better as you age, you need to experience all the pitfalls of playing from a young age.

Talk to your psychologist about this.

Being a mum to a 19yo gal and 16yo guy, my daughter and I have spoken over the last few years about how she felt, deep down, when her brother was born and the attention he received in the years following. I learned a lot from listening to my daughter and my heart broke for her, based on how she felt throughout those years. I wasn't fully conscious of how she felt when she was younger but looking back her behaviour made sense. She admits to having been an attention seeker when she was younger (inside and outside of the home), based on the fact she craved attention so as to help her to determine she was of value, she was important. Of course she was of value and of importance and still is but she never felt as valuable as she would have liked. While appearing confident, her self esteem wasn't all that crash hot.

I believe parents aren't all that conscious of how the next born is left to feel life and their place in this world, unless they've experienced that sibling issue themself. Personally, I was the youngest of 3 and therefor didn't feel the impact and challenges of another sibling coming along to take attention away from me. In fact, my dad spoiled me through favouritism. Favouritism can spoil a person's natural sense of compassion (along with other qualities), leading them to lack empathy for others because they're conditioned to be self entitled. I spent decades beating myself up horribly for feeling too selfish in some cases, without realising I'd been conditioned to be selfish.

I think it doesn't necessarily matter where we sit on the sibling food chain, there'll be some issues. It's not until we begin to really question the impact of how we're raised that life and how we behave through life becomes much clearer. I believe we reform our self in constructive ways through gradually waking up to a lot of the belief systems we hold and how other people's beliefs and behaviours have shaped us.

I believe you're obviously working hard on becoming more conscious. I believe, it's only when we begin to really wake up and wonder that a lot of the poop begins to come to the surface, so as to make better sense of it and sift it out. Whenever we're wondering, we're evolving 🙂 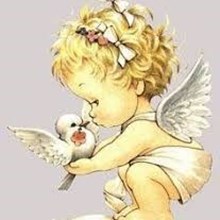 I lived with a narcissist person for over 38 years...and by reading your posts..I don’t think you are a narcissist....A narcissistic person, well my partner wanted to be the centre of attention all the time...he would be very hurtful, cruel and abusive..both physically and mentally as well as controlling and manipulative to get exactly what he wanted...with no regard or regret to the people he hurt along the way to get what he wanted....abusing and hurting me (his wife) and his own children along the way....

He was different with his workmates or friends...knowing that he couldn’t treat his friends and bosses at work that way he was pretending to be a normal person....until the front door of his home closed again with him on the inside...

StrayDetective...you sound like a caring person...a person who cares about the effects you have on other people...because you are here on the forums and trying to understand you...and how your life is right now..

Maybe something happened to you in your younger years...that is causing you to feel the way you do....about attention seeking etc...

Your Dr..could set you up with a mental health care plan...with a psychologist, so you can talk out your concerns about how your feeling...and can also help you with some good coping tools...hopefully a diagnosis ..so that you can get professional help/support, if needed....as well as we are always here to help you the best we can...

Please talk here when you feel up to it..

My kindest thoughts with my care Dear StrayDetective...

I second everything that Grandy wrote.

Even after I left my abusive marriage, my ex would send me messages, that he couldn’t live without me etc. Even sent me pics of myself with a drip in his arm, telling me he is very sick.

Sending me on a guilt trip. Telling me that he loves me and will do anything for me.

If this manipulation didn’t work, he’d tell me that our son needs his mother back. My ex is an only child, not that is an excuse.

It took me decades to believe that he is a narcissist. Our children however recognised their father’s narcissistic traits much sooner.

Hi everyone and thank you for your replies,

Now that I have a greater understanding of what a real narcissist looks like it has definitely brought me some closure and relief so my thanks goes out to all of you.

I feel very grateful that there is a community like beyondblue and really do appreciate that you have replied to my post and given me advice that has saved me from going into anxiety overload.

I am so pleased that we have helped you to understand a little more about the traits of a narcissistic person.....and am happy that you can see the same like us...that you are not a narcissist person....and have avoided an anxiety overload...

Talk here anytime...about whatever you feel to talk about..