JM2020
Community Member
Options
I am hoping someone out there can give me their unbiased opinion. This may or may not help me from going out of my mind.
To begin with, i have been married since 2009, my wife and I have always been on separate ends of the 'emotional spectrum. She tends to me highly emotional whereas i am on the complete opposite end. Despite the differences we have made it work well and kind of balance each other out. However, from time to time it does create some tension.
Over the past couple of years my wife has attended a personal training group, which is great, she has always suffered from social anxiety so to see her enjoy being around a new group of people and to witness the improvement of her mental health has been fantastic.
However it did not take long until she started spending time with a male friend from this group. As well as group sessions, they meet on non group days and train together alone for up to 3-4 hour sessions. This usually includes lunch, coffee, etc. So they end up seeing each other everyday whether in a group or not. This also includes texts and phone calls throughout the day.
I have questioned her about this. and have told her i am uncomfortable with the frequency, not necessarily the fact she has a male best friend.
She has told me that they do have feeling for each other, they have discussed this in detail and have vowed not to act on it. They recognise that it is natural that and two people spending this amount of time with each other are bound to develop feelings, however its whether they act on it or not that counts. This doesn't sit right with me. Just because you have recognised it, and have been open with me about it doesn't make it right or less hurtful.
This male friend has the emotional personality traits that i dont have, so it makes sense that she is attracted to him and wants to spend so much time with him.
But where does this leave me? I cant help feeling she would rather be with him than me? why wouldn't she, right?
Is she better off with him?
I dont want to stop the friendship, 1. due to the improvement in her mental health, 2. why should i? if my discomfort isnt enough, shouldnt she recognise the problem a pull back?
over the past 6 months this has put me in a depressed state, and if anything it has put more distance between my wife and I. I cant help feeling that without this guy out of the picture, we can not repair our marriage. I am seriously considering leaving her.

Update* rightly or wrongly i snooped on my wifes phone. I just couldnt take it any longer. I needed to know.

I found many flirting texts.

examples like: wife- do you want to come over? (maybe in another life) Him- saying he would love too and he would even buy me flowers.

example: Wife: hows life? him: better with you in it (wink), wife- thats the best thing ive ever heard.

Should i confront her and tell her?

Thats a hard question and kind of goes away from our charter IMO.

So, if that happened to me what would I do? (rather than (giving you advice on what to do, there's a difference).

I would actually give her once chance. The reason is simple- she could never say "you didnt give me a chance to explain".

I would be resolute- if she didnt display an attitude of devastation after I tell her we are splitting up, then following the conversation I would ask her to leave. I'd prefer to remain in the home as I've not violated the marriage.

Yes i did thank you.

I have confronted her to give her an opportunity, apparently they have been hugging and holding hands during their walks.

She blames me for not being able to satisfy her emotionally, enough.

She wont say she has cheated and refuses to admit emotionally cheating. She says, 'i dont think im cheating'

I'm so sorry that you are in this situation right now and it is causing you distress and creating a dilemma as to what you should do. I tend to go through the likely scenarios of what will happen if 'you do or don't' confront her. What's the likely outcomes, best and worst, and how are you likely to be situated with those outcomes. Are they better or worse than how you are feeling right now. Clearly, the current situation is driving you to distraction, which she must be aware of and is not really addressing. It sounds like she is having an emotional affair at the very least and this isn't fair to you. Forgive my question if you have already addressed this here but have you suggested 'couples counselling' to her?

thanks for your reply. i often think about counselling, however i also think, 'if she want to go, let her' if they want to be together, let them. The only reason i would consider counselling at this point is because of the kids.

It is safe to say she wont stop seeing him. If she is happier with him who am i to hold her back.

It's amusing to read that she blames you for not being able to satisfy her emotionally enough. I think if that was the case, she chose you wrongly in the first place. There is little personal responsibility nowadays. She doesnt think "she is cheating". mmm

Sorry JM. You have a life battle ahead. I hope you remember life is what you make it. After the dust settles, life will be good. I proved that.

JM2020
Community Member
In response to white knight
Options
thanks very much. yeah is my fault for pushing her away....... apparently that makes it ok.
0 Support
Follow Post Report Post
Reply

I'm really glad that you've taken the time to open up on here. From what you've written you're going through a really hard time right now and have been in a depressed state for a while because of everything that has gone on..

I've read through this thread. I hope you're coming to slowly realise that your mental and emotional health should be number 1 for you. Based on the actions of your wife, she's putting her selfish needs first without regard for you and your marriage, and a manipulator will try to make you feel that it's your fault. You never made her do what she did, and what she did was plain wrong, regardless of the reasons and justifications she may had. She's created damage that will leave a very big scar.. I think in times like this you really have to focus on the actions themselves, not the reasons/feelings/intentions behind them - actions speak way louder.

You didn't deserve what happened and her decisions to betray you.. You will come to accept that your own qualities and you as a person aren't to blame for her hurting you. I can see that naturally your mind is at the place where you're taking responsibility for her seeking out emotional fulfilment from another man.. She vowed and made a commitment to you and your family and wilfully broke that.

I don't know much about how you both are as a couple.. But perhaps it could be fair to say that you've put her before yourself for a very long time. I'm curious, have you told anyone else in your life about what has been going on and how it's been affecting you? Do you believe your wife understands, or is willing to understand the scars that this has left on you?

I hope you're taking care of yourself as best as you can. You will come out of this a better and stronger person who realises what they truly deserve, and myself and everyone here I'm sure are so proud of you for taking the step to acknowledge that what happened has deeply hurt you. My gut tells me that this has been buried in you for quite a long time. 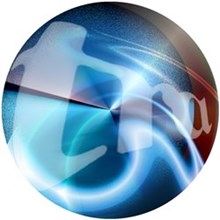 Your wife believes she is justified in 'outsourcing' the emotional deficit to fulfil her emotional needs. In her mind at least, this is not perceived as cheating - purely 'supplemental'... yet quite selfishly oriented, seemingly goading you with taunts of your failing to uphold this aspect of the marital vows; and without shame or remorse - there has been no secrecy from the outset which, on the surface, can appear as openness, but could equally represent a level of contempt for your feelings (to the point of retribution) even if her claims are warranted.

Egging her on in the romantic/emotional/sexual dalliance is the tantalising awareness of your suffering or simply a challenge for you to step up or step out.
You mentioned "Despite the differences we have made it work well and kind of balance each other out" which may infer that while you have found an acceptable compromise for yourself, your wife has become progressively more dissatisfied in the relationship.

I wouldn't go so far as to assign blame as there are contributory factors on both sides, but desperate times call for desperate measures and your wife has made a pointed statement in her actions where effective communication has broken down.

As opposed to confronting your wife (or anyone), I would encourage you to meet and talk with the third party - if this is all above board, then there would be no hesitancy or misgivings, right? The encounter may alleviate fears or confirm them, but at least you will have a clearer picture and begin to plan for your future.

Staying objective and not reacting could be your best defense in this case.

Sorry to continually post here but i need to vent.

over the past 24 hours we went from 'i dont think we have been flirting' to 'we've kissed on several occassions' do you believe it??

and yet she keeps justifying her actions by giving example of when i may not have been exactly supportive. In her defence there have been cases when i haven't been the best husband, but its been 20 years.

She still doesnt know i have her text messages. The texts let on more than she is willing to disclose. That these kisses where no simply moments of weakness, rather they sought each other out almost everyday with suggestive texts.

this has blown up now, beyond what i even suspected. all i think about now is our kids and how to handle this tactfully enough.

he is also married with kids